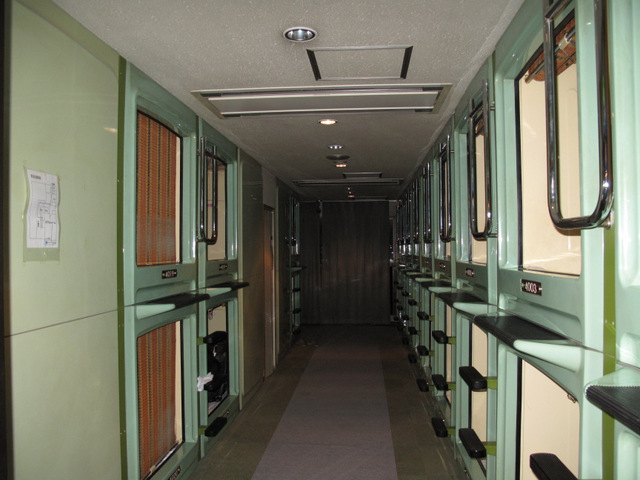 Capsule hotels are one of the most unique aspects of Japan. You hear whispers of them from foreigners at the airport; you sometimes see these capsule hotels in downtown Tokyo.

The Capsule Hotel Riverside has a vaguely 1970s feel. Everything is pale green, white, and yellow. And believe it or not, it’s actually not that creepy. 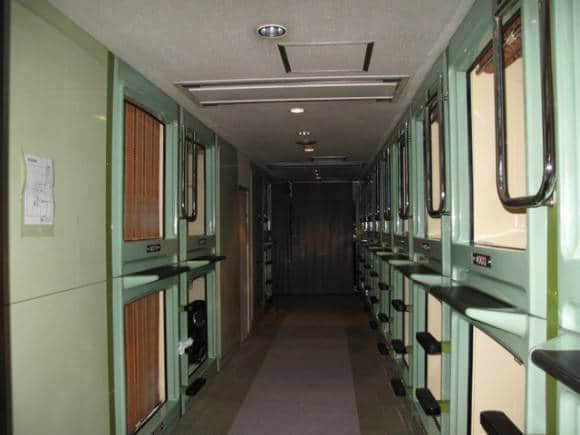 Each guest gets their own “room;” each “room” is a fairly spacious capsule.

Check-in at the Capsule Hotel Riverside is simple; they’re used to foreign travelers. The hotel itself is literally right next to the exit of the Asakusa Station (from the Ginza Line). It has two entrances, one that is thin, sketchy looking strairs, and the other is the main entrance of Hotel New Gyominso (they share a lobby). Use the Hotel New Gyominso entrance. With some well-placed gestures and charades, you should be checked-in in no time.

The Capsule Hotel Riverside fills your capsule with pajamas, a toothbrush, a razor, towels, and toothpaste. Your capsule is furnished with a television set, a fairly comfortable mattress, a shelf to store your belongings, and “plenty” of luggage room.

All in all, they have 140 capsule rooms. Most of the rooms are mixed gender – so couples can sleep in adjacent capsules. They do have a women-only floor, if you are a woman who does not feel comfortable sleeping in small cells near strange men. 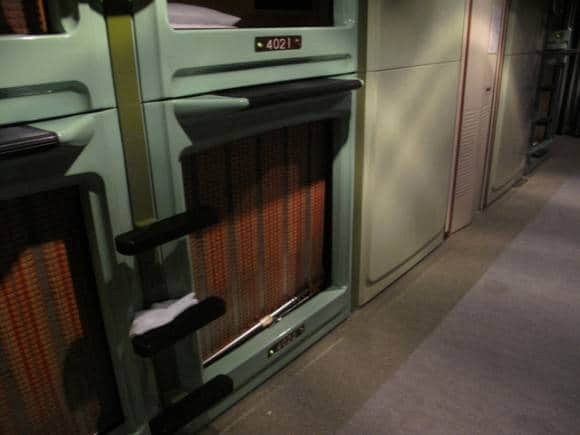 The hotel is rarely filled to capacity, but try to book a couple days in advance, just to be safe. Capsules cost between 2100 and 5000yen, depending on the  season and how full the hotel is.