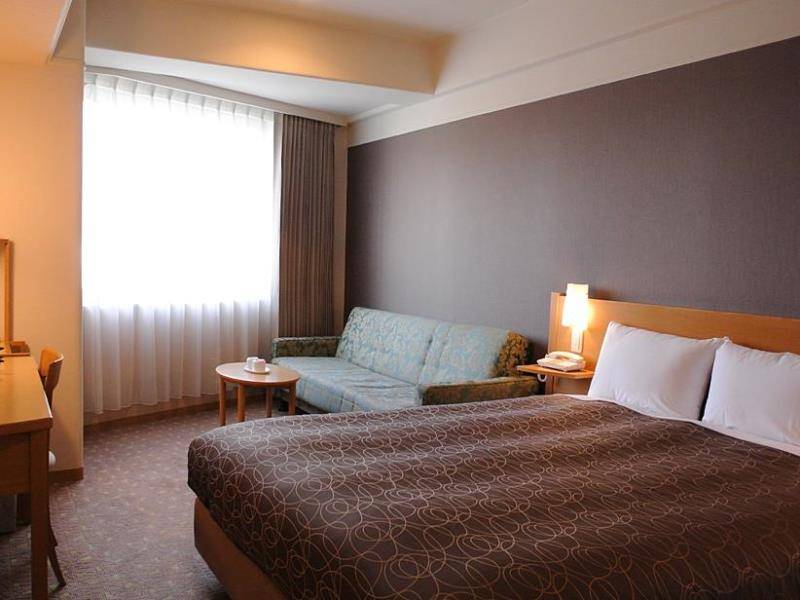 Although Tokyo Green Hotel Korakuen is technically in Korakuen (also the name of a subway station) it’s actually right next to Suidobashi Station – a station served by the JR Chuo Line and the Toei Mita Subway Line. Also, just so you know, it’s not very green – Suidobashi is (like much of Tokyo) a concrete jungle! 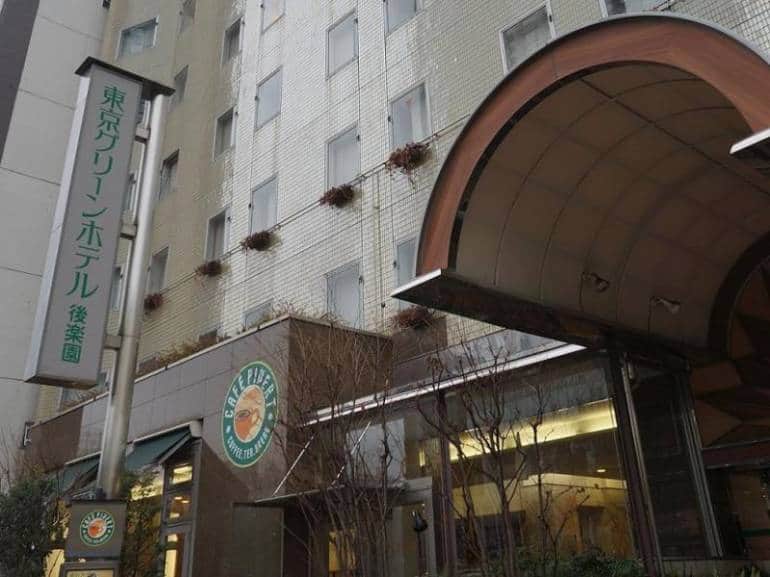 If green is what you want, it is only a short distance from Koishikawa Korakuen Park – a large traditional garden. It’s also, right next to Tokyo Dome City. Tokyo Dome City (not surprisingly) includes Tokyo Dome (home of the world-famous-in-Japan Yomiuri Giants), a large shopping center, an amusement park, a major spa and Korakuen Hall – host to regular MMA and boxing events.

The hotel itself is not ultra new – but that’s often a good thing. The trend is for new hotel rooms to get smaller and smaller. At Tokyo Green Hotel Korakuen you won’t need to walk sideways to get to your bed.

Suidobashi isn’t right in the happening center of Tokyo. But using the Chuo Line or Marunouchi Line, you can get to places like Tokyo Station, Shinjuku, Kichijoji (home of Gibli) and Ginza in only a few minutes.