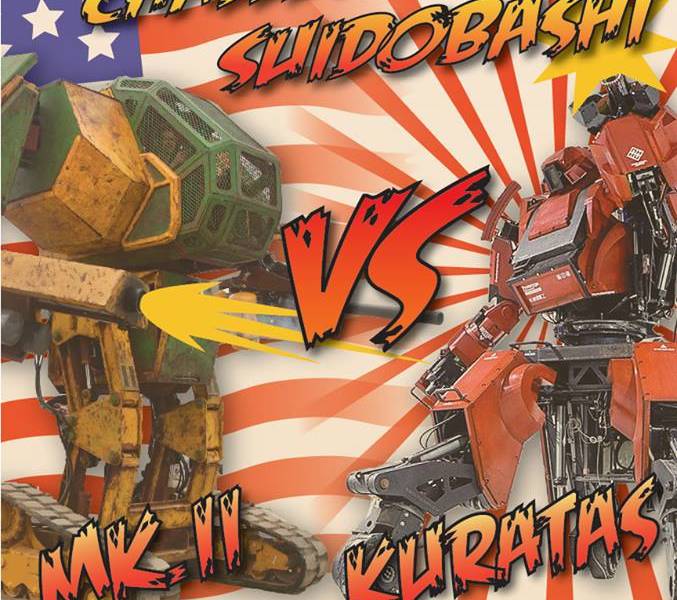 The Gloves Are Coming Off: Japan Accepts US Giant Robot Duel

The world we dreamed of is finally coming true: giant fighting robots.

A robot duel was issued last week by the US Megabots team to Japan’s Suidobashi—maker of the rideable, real-life transformer Kuratas robot.

It didn’t take long for Suidobashi to accept, sending along a few jabs to their fellow competitor via their Youtube response video:

“Come on guys, make it cooler. Just building something huge and sticking guns on it. It’s…super American”

Being heralded as the future of combat sports, this robot melee soon swept through major international news channels like CNN and Forbes. A good guess as to why all the worldwide news coverage is because there’s more at stake than just good fun or even the respective company’s reputation. It’s a matter of patriotic pride: “Giant robots are Japanese culture”.

With this much hype, quips, and national pride on the table, it’s bound to make for good entertainment. The fight’s set to take place June 2016, yet no specific date and venue have been announced. We’ll be sure to keep you updated, though, as soon as we hear word.