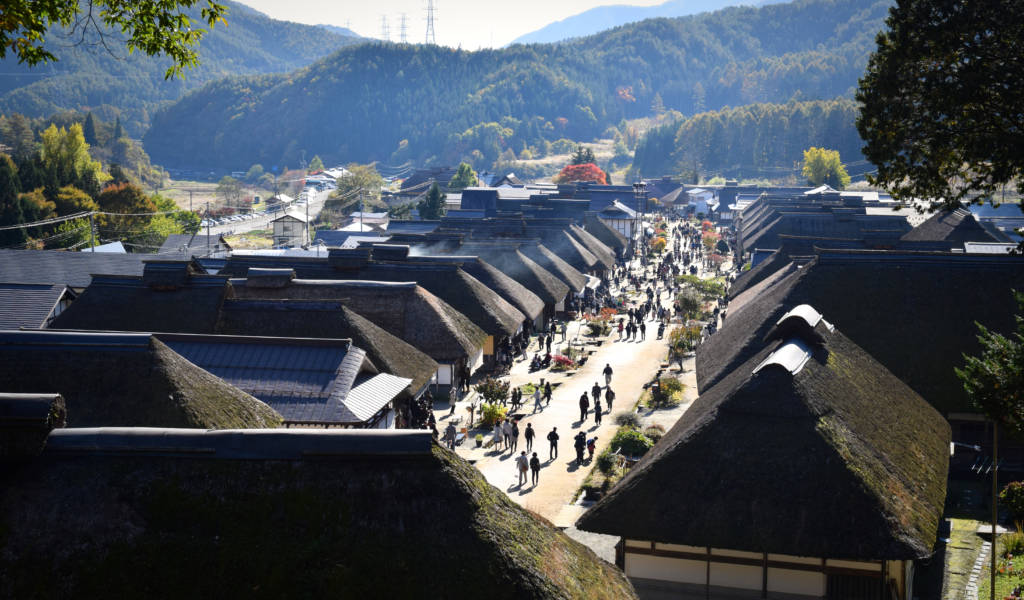 Living the Samurai Spirit in Fukushima

Fukushima Prefecture, sadly, does not exactly evoke the most romantic images of Japan with most visitors to the country. However, the involuntary rebranding as a disaster zone that the area received after the 2011 earthquake and tsunami really doesn’t do it justice. Let us repeat it here: The prefecture is safe to travel to. And its people receive foreign visitors with open arms, making it the perfect destination for a trip off the beaten path.

If you are one of many drawn to Japan by its colorful Edo era history, you might already know that Fukushima Prefecture was at the heart of the legendary Boshin War, the final war fought by the shinsengumi. Popular figures in history dramas and anime, the shihsengumi were a glamorous group of samurai formed in 1863 to arrest and kill enemies of the Tokugawa Shogunate and old imperial order in a last-ditch attempt to preserve the old ways of Japanese life. Just two hours north of Tokyo, an easy Shinkansen ride away, you can explore their old samurai castles, preserved ancient villages and experience samurai history in the Fukushima towns of Shirakawa, Ouchijuku, and Aizu.

Shirakawa: Following in the footsteps of warlords on an Edo highway

The smallish town of Shirakawa marks the end, or start, however you want to see it, of the Oshukaido Highway that connected old Edo (the name for Tokyo in the Edo era) to Fukushima. The samurai traveled this road on foot or horseback to serve their shogun in Edo. Nowadays, the easiest way to get to Shirakawa is by taking the Tohoku Shinkansen to Shin-Shirakawa. From there, transfer to the local JR line to Shirakawa Station. The trip from Tokyo costs around ¥9,000 unless you have a Japan Rail Pass which lets you travel on both trains for free.

The town retained much of its old charm, mainly thanks to the well-preserved watchtower of the Komine Castle that dominates Shirakawa. It can easily be explored in half a day on foot and/or by local bus. The castle grounds are located right across the train station. Shirakawa’s other highlight is Nanko Park, which is the oldest park in Japan, created in 1801. Sounds exciting but it simply means that this is the oldest public park landscaped in traditional Japanese style, as opposed to the many lush gardens across the country that might date back even longer, but were reserved for nobility only. It is still worth a visit and offers especially beautiful views from the teahouse.

You can either walk the 3 km from the castle to the park in about half an hour across town. Alternatively, you can take a local bus from Shirakawa Station for Nanko Park bus stop.

Aizu-Wakamatsu: The heart of samurai land

If you decide to only visit one town in Fukushima for a sense of samurai spirit, your choice would have to be Aizu-Wakamatsu. It is here where some of Japan’s toughest samurai were raised and where they fought their last battle with dignity. From Tokyo, you can make the journey in less than three hours. Take the Tohoku or Yamagata Shinkansen to Koriyama, then a local bus for a little over an hour to Aizu-Wakamatsu Station. Buses depart roughly every half an hour and the whole trip from Tokyo costs around ¥9,000 unless you have a Japan Rail Pass. Read on below for some of its highlights.

Nanokamachi Street has a wealthy and upscale feel to it. The entire area is made up of traditional kura (storehouse) where one can find traditional Aizu crafts such as shikki (lacquer kitchenware) and erosoku (painted candles). This was once the merchant street and shopping area of feudal Aizu, but the style dates back to the Taisho Era, which is around WWI time. Most of the shops are family-run and go back many generations, with some being more than 300 years old. There are workshops that travelers can attend (around ¥2,500) where you can design and paint on beautiful lacquerware, using patterns that were handed down from as far back as 300 years ago.

Nanokamachi Station is one stop from Aizu-Wakamatsu Station on the Tadami Line.

Part of the reason why the bakufu (Edo government) relied on the Aizu region to provide troops was because it had an samurai school which drilled samurai starting from the age of about ten. Travelers can tour the recreated Nisshinkan samurai school and try their hands at or observe the subjects, including horseback riding, archery, marksmanship, sword fighting, Japanese archery as well as Confucian philosophy and Chinese writing.

A kind of mini Edo theme park would be a fitting description for the Bukeyashiki (samurai residence). Here you can see mannequins dressed up as Aizu samurai or in the uniform of the shinsengumi on a tour of the vast former mansion of a wealthy samurai. It is fascinating to see how the architecture allows for room sizes to be quickly adjusted so that guest numbers and meeting sizes could be catered to. The quarters for maids and servants as well as concubines also offer an interesting glimpse into how life was once lived in a samurai residence.

From Aizu-Wakamatsu Station, take the bus named “Akabe” to Bukeyashiki-Mae bus stop. A 13-minute ride departs every half an hour, ¥210 one-way.

At the center of Aizu stands the rebuilt Aizu Castle or Tsuruga-jo. Just like Shirakawa’s Komine Castle, the magnificent watchtower stands tall and proud. However, this one is much larger and houses an excellent museum where one can read and learn all about the Boshin War and the battles that the people of Aizu fought in the last days of the samurai.The views from the top of the castle are breathtaking, especially in spring when the 1,000 cherry trees that surround it are in bloom.

Several buses depart from the main station to the castle every couple of minutes. The ride is about 15 to 20 minutes.

Perhaps most dramatic of the tales surrounding the Boshin War is that of the Byakkotai (white tiger corps). The Byakkotai were a teenage fighting force schooled by the Aizu clan in the Nisshinkan. They fought to protect the castle from the invading forces. As the enemies fired cannons at the castle, the Byakkotai stationed by a hill (Mt. Iimori) could see the castle in a blaze. Expecting imminent defeat, the Byakkotai members began committing suicide in true samurai fashion. But, sadly, the castle was not on fire, only the town between them and the castle was. It just seemed so from their vantage point. One of the children was rescued and resuscitated to live and tell the tale. Modern-day travelers can stand on the very hill where the sad act was performed. Besidesthe tombs of the fallen samurai and the Byakkotai Memorial Hall, there is also a shrine and pagoda worth visiting.

Take the Aizu Loop Bus from Aizu-Wakamatsu Station in the clockwise direction for 5 minutes to Iimoriyama-shita bus stop.

Ouchijuku is a small, isolated village in the mountains of Fukushima and a former post along the Aizu-Nishi Kaido trade route. It is a 35-minute train ride from Aizu Wakamatsu Station to the nearest station Yunokami Onsen, followed by a 15-minute taxi ride, which is a bit cumbersome but worth it. For those that are exploring the area by rental car, it is about an hour’s drive 50 km west of Shirakawa. The old preserved village charms visitors with thatched-roof houses and historical Edo-style scenery. The buildings house shops, restaurants and minshuku (Japanese-style bed and breakfasts). Once a resting spot and location of inns used by daimyo and other travelers who were moving to and from the capital, this is the place if you are in search of a country scene that has not changed since the Edo period.

The history of true samurai spirit and ethos is as vibrant as ever in Fukushima Prefecture. Visit the Samurai Spirit Tourism site for more inspiration on a journey through Japan’s Edo remains.

Places mentioned in the article:
Written by: Mareike Dornhege
Mareike's Tokyo favorites are: The Ultimate Hachijojima Itinerary: A Tropical Weekend Just 1 Hour from Tokyo, Hachijojima: Tokyo’s Tropical Getaway, Top Diving Day Trips from Tokyo
Filed under: Things to do
Tags:
Sharing
Questions or comments about this article?
Start a thread on our community forum
Ask our local experts about Tokyo