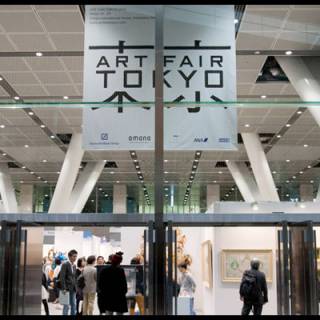 Although not strictly a cheapo event as it’s far from free, Art Fair Tokyo is on at Tokyo International Forum from Friday, March 20th to Sunday 22nd. A one-day pass costs 2,000 yen on the door. There is also a 3 day pass for 3,500 yen. However, if you can work out how to pre-order tickets – you’ll need some Japanese ability – you can get 500 yen off those prices.

The event is quite big, but not so big that you couldn’t cover everything of interest in a single day. On display will be collections from art galleries all around Japan – from modern art through to priceless traditional Nihonga. An added bonus of the ticket in previous years was that it gave you discounts of up to 200 yen at most of the major museums in Tokyo – including the Suntory Museum at Tokyo Midtown and the Mori Museum at Roppongi Hills. There’s no mention on their site if that is still the case though.

Tokyo International Forum is a stone’s throw from Yurakucho Station on the JR Yamanote Line.