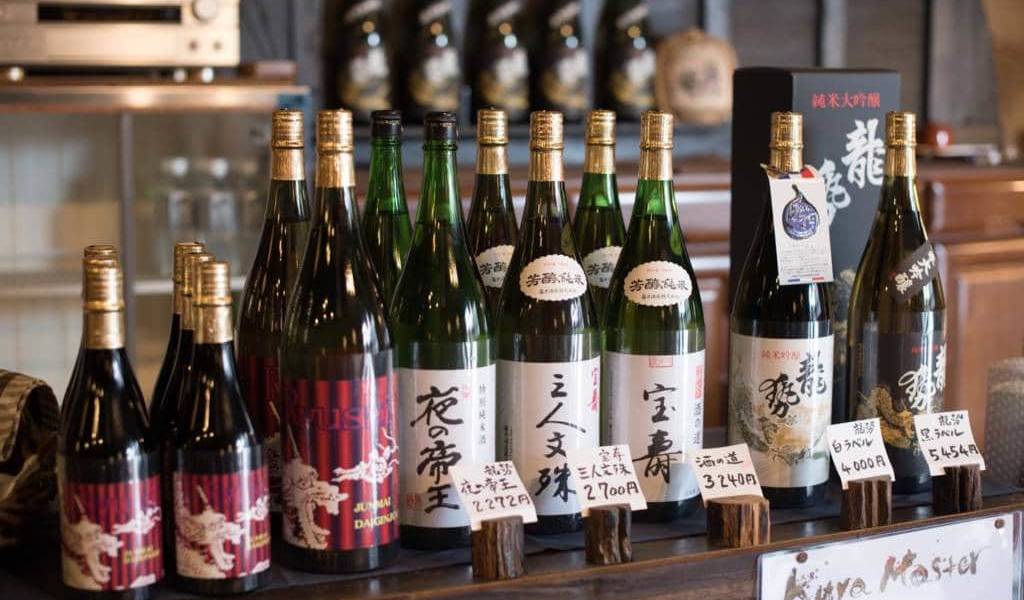 Takehara and Saijo: Drinking in the History of Hiroshima One Cup at a Time

Hiroshima is a popular travel destination but once you have seen the Atomic Bomb Dome, Miyajima, and Hiroshima Castle, you have only just begun to explore what it has to offer. In addition to being one of the major trade centers of Japan since ancient times with many historic buildings, Hiroshima is also one of the top 3 regions that produce premium sake.

Takehara: Down the rabbit hole and into the past

Takehara might be best known for Okunoshima, the island inhabited almost entirely by rabbits, but it offers a lot more than just warm and fuzzy feelings. With its many historical buildings that have remained since the Edo period when it was a booming merchant town of sake and salt, Takehara is known as the “Little Kyoto of Aki”—Aki being the former name of the region. Located along the main street is the birthplace of Masataka Taketsuru, the pioneer of Japan’s whisky industry and subject of the 2014 NHK drama “Massan”. Despite the history and fame of many of the structures, these are still being lived in by the locals and care must be taken to respect their privacy.

Fans of the slice-of-life anime series “Tamayura” have also been drawn to Takehara to visit many of the places that appear in the story, which can be found on a map at the tourist information center near Takehara Station. Horikawa, the okonomiyaki restaurant that is the inspiration for one of the locations in the story, serves up a special “Takehara-yaki” made with locally sourced sake lees as well as items inspired by the anime.

Founded in 1863, Fujii Sake Brewery is one of the few remaining sake producers located within the historically preserved area, continuing to use traditional methods to produce award-winning junmai-shu (pure sake) with locally grown rice and mountain spring water. In addition to offering sake tasting and selling bottles to take home, located on the premises is Sakagura Soba-Dokoro Tanizaki, a cozy and affordable restaurant that serves handmade soba which pairs nicely with the sake.

Takehara Historical District is about a 12-minute walk from Takehara Station which can be accessed via the Kaguyahime Highway Bus (90 minutes and 1,180 yen) or the JR West Kure Line (100 minutes and 1,140 yen) from Hiroshima Station.

Saijo Sake Storehouse Road: The epicenter of sake in Hiroshima

No sake-themed expedition to Hiroshima would be complete without going to Saijo, an area in Higashi-Hiroshima city which is home to 9 major sake breweries, their brick chimneys rising high above the narrow streets as symbolic reminders of the history.

A convenient day of tasting and exploring is made possible with 8 of the 9 breweries located a short walk from Saijo Station. Maps of the area are available at the tourist information center.

Founded in 1873 and boasting an impressive 4 chimneys, Kamotsuru is one of the largest and oldest of the sake breweries in Saijo. Favored by traveling feudal lords during the Edo period, it continues to impress as their Daiginjo Gold was served to former US President Barack Obama during his 2014 visit to Japan. Thankfully, that sake as well as the other varieties that Kamotsuru offers are a lot more affordable and accessible than the dinner that Obama and Japanese Prime Minister Abe had at Sukiyabashi Jiro.

Every October since 1990 there has been a Sake Festival held in Saijo and the narrow streets become packed with sake tasting, food stands, musical performances and mikoshi (portable shrines), attracting more than 200,000 people over the course of the 2-day event. One of the venues, Sake Hiroba, located in Saijo Chuo Park, offers up 1,000 different types of sake from all over Japan during the event. The ticket includes a small tasting cup which can be refilled as many times as you want at any of the different counters spread throughout the premises.

Visiting from Tokyo? Here are the fastest and cheapest transportation options from Tokyo to Hiroshima.

Written by: Kai Okudara
Filed under: Eating & Drinking | Things to do
Tags:
Sharing
Questions or comments about this article?
Start a thread on our community forum
Ask our local experts about Tokyo