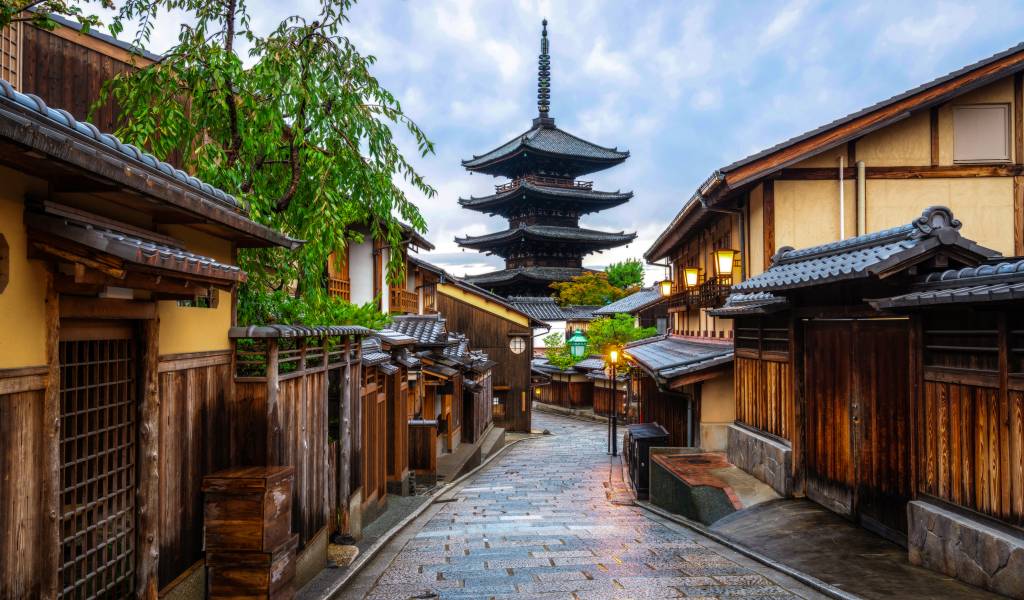 Tokyo to Kyoto: The Fastest and Cheapest Ways to Travel

Tokyo and Kyoto, along with neighboring Osaka, are usually at the top of the itinerary when you visit Japan. Tokyo is commonly regarded as a hub of modernity, whereas Kyoto is seen as a city of tradition (though of course that is an oversimplification). Kyoto is home to literally hundreds of historic Buddhist temples and Shinto shrines — it can be overwhelming, really. Fortunately, getting there needn’t be.

So how do you get from Tokyo to Kyoto? We’ve compiled all you need to know on trains, planes, and buses between the two cities.

tl;dr: In general, the Shinkansen is the fastest and most convenient option. Probably your best bet is getting the amazing-value Japan Rail PassJapan Rail Pass, especially if you have more than just Tokyo and Kyoto on your itinerary. If it’s just one Tokyo to Kyoto trip, consider getting a discounted bullet train ticket. But read on for the full low-down.

Video guide to travel between Tokyo and Kyoto

Knock a few hundred yen off the prices if you’re traveling off-peak — that’s anytime outside spring and summer holidays, Golden Week, and the New Year period.

You can board the Shinkansen at Tokyo, Shinagawa, or Shin-Yokohama Station. Ticket prices are the same whether you depart from Tokyo Station or Shinagawa Station; from Shin-Yokohama the fare is cheaper by ¥670.

Unlike some destinations, where the Shinkansen station is outside the center city, Kyoto Station is right in central Kyoto. You can transfer here to local trains and buses and the subway, or catch a taxi.

The Tokyo to Kyoto route on the Tokaido Shinkansen line is one of the most popular bullet train routes in the country, with a train departing for Kyoto Station approximately every 10 minutes. You can see timetables on fare- and route-finding sites like Hyperdia and Jorudan.

The frequency of trains doesn’t mean you should board without a seat reservation. Opting for the unreserved (jiyuuseki) will save you a few hundred yen, but could see you standing awkwardly the whole way to Kyoto. The standard advice is, if possible, to cough up those extra coins and get reserved seats (shiteiseki) — which you can arrange easily at JR ticket offices. You can do that at the same time as activating your JR Pass, if you have one (reservations are free with the pass).

If you’re committed to unreserved seats, as is the case with some of the discount tickets, just get to the station early, and try to be close to the front of the line outside one of the unreserved carriages, to increase your chances of getting a seat.

Taking bags on the bullet train

How to save money on bullet train tickets

If you want to keep things super cheap, then the Shinkansen probably isn’t your best choice. However, it is definitely the smoothest and easiest way of traveling from Tokyo to Kyoto, and there are a few ways to make your Shinkansen journey more affordable.

If you have a Japan Rail PassJapan Rail Pass, which allows unlimited travel on Japan Rail (JR) trains for a week (longer options are also available), the Hikari and Kodama (but not Nozomi) are 100% covered by the pass. Note: The JR Pass is only available to short-term visitors to Japan.

There’s also the Puratto Kodama Economy Plan, which allows travel on the slow Kodama from Tokyo to Kyoto for ¥10,600–¥12,000 one way, depending on the season. You have to buy a Puratto tickets at least one day in advance, and numbers are limited. Purchase them from JR Tokai Tours or from any JTB Travel counter in Tokyo.

If slow travel is your jam, you might want to check out the Hokuriku Arch Pass too. It’s a nice little regional rail pass that takes you between Tokyo and Kyoto/Osaka, along Japan’s “golden route” that includes Nagano and Kanazawa.

Kyoto may not have an airport, but nearby Osaka has Kansai International Airport as the gateway to the region. Fly from Narita or Haneda Airport with a budget airline like Peach or Jetstar, and you’ll be in Osaka in just 90 minutes. Prices start around ¥4,000–¥6,000 one-way, but can go for twice as much. There are tourist and other promo fares every so often, so be on the lookout.

Although fares for flights between Tokyo and Osaka may be cheap, you’ll still have to consider the cost of getting to Narita Airport, the cheapest of which is about ¥1,000 (one-way) for a bus that departs from Tokyo Station, or the cost of getting to Haneda Airport. You’ll also need to consider that, once you land at Kansai Airport, you’ll have to board a train or bus to Kyoto.

The Haruka Limited Express, which connects Kansai Airport to Kyoto, is a 75-minute ride that costs in the region of ¥3,630 one-way in high season. For short-term visitors, we recommend getting a ICOCA & Haruka package at the station ticket office. This is a better deal at ¥3,800 one-way and ¥5,600 for a round-trip. Plus you get an IC card called ICOCA that comes with an initial balance of ¥1,500. Note that residents of Japan cannot buy this package.

You can use the ICOCA card for other rail travel in Japan. Note that the route from Kansai Airport to Kyoto is also covered by the JR Pass.

What about Osaka’s Itami Airport?

Low-cost carriers generally don’t fly into Osaka Itami Airport. You can book flights from Tokyo’s Haneda Airport to Osaka Itami Airport on legacy carriers like JAL and ANA, which do offer discounted fares to foreign tourists. However, you are still looking at a one-hour bus ride into Kyoto (or multiple train transfers).

From Tokyo to Kyoto by bus

There are numerous companies plying the highway bus route from Tokyo to Kyoto and Osaka. A ride starts from as little as ¥3,500 and can go up to around ¥9,300 depending on comfort and season. The journey takes about 6 to 9 hours. Buses that depart from Tokyo during the day usually take longer due to traffic. Late-night buses, which are the preferred option, depart Tokyo between 9pm and midnight and can get you to Kyoto Station as early as 5:15am, giving you a full day to explore.

Play around on Willer Express and Kosoku Bus to see what your cheapest option is for either a night bus or day bus.

Note: Many buses from Tokyo end their routes in Osaka, which is not far from Kyoto. The two cities are just a 30-minute train ride apart. So, if you find a good price on a bus ticket that goes to Osaka but not Kyoto, it’s still a viable option. Read up on other ways to get from Tokyo to Osaka.

Regular trains and the Seishun 18 Pass

The approximate cost of a one-way trip from Tokyo to Kyoto on regular, rather than bullet, trains, is approximately ¥8,360 — not a huge savings from the cheapest Shikansen ticket. However, there is a hack that allows significant savings. The journey will still be a long one, though — anticipate a full day of travel.

The Seishun 18 pass is a seasonal rail package consisting of five tickets (for five consecutive or non-consecutive days of travel) for ¥12,050. Anytime during the validity period, solo travelers can use up all five days, or group travelers can split them among themselves. In effect, one day of travel costs just ¥2,410 per person. The catch? The pass can only be used on local and rapid JR trains, which makes for long journeys. Plus, it’s only valid for a few weeks, three times a year.

Routes can be complicated, with lots of transfers, so it’s best to plan your journey in advance on sites like Jorudan or Hyperdia (deselect everything but Japan Railways and local), and budget your time accordingly. Missing even one train might have a lengthy domino effect! If you have time to spare and are keen on saving money, this pass is a possible option for you, but it definitely isn’t for those who want an uncomplicated, quick ride from Tokyo to Kyoto.

The verdict on travel from Tokyo to Kyoto

There’s no dispute that the Shinkansen is the fastest and smoothest way to get from Tokyo to Kyoto, and if you’re going to get the Japan Rail PassJapan Rail Pass then it’s a real no-brainer.

Pro tip: Check out our guide to Kyoto for ideas on what to do when you get there. Our Kyoto accommodation guide might come in handy too.

The reverse route: Traveling from Kyoto to Tokyo

If you are looking for the best ways to get from Kyoto to Tokyo, rather than the other way round, your transport options are almost exactly the same—with a few different special offers for tourists. We have a dedicated guide to the reverse route — read it here.

Day trips between Tokyo and Kyoto

The bullet train is the best option for a day trip, as they start running around 6am and stop around 9pm. So you can get a full day of sightseeing in if you’re prepared to be up with the larks and go to bed late. You can also get a full day in Kyoto by using a night bus there and a night bus back, but this can be tiring.

How far is it from Tokyo to Kyoto?

How do you get from Tokyo to Kyoto?

The fastest and easiest way is taking the bullet train (Shinkansen). Alternative ways of getting between the two cities include highway buses and airplanes.

How long does it take to get from Tokyo to Kyoto?

It depends whether you take the bullet train, bus or plane (or local trains). If you choose to travel by plane, you are looking at about 90 minutes in the air, and a couple of hours of transfer time either side (you need to get to Narita or Haneda Airport in Tokyo and then from Kansai International Airport in Osaka to Kyoto).

How long does it take to get from Tokyo to Kyoto by bullet train?

How much is the bullet train from Tokyo to Kyoto?

Without discounts, a one-way ticket with reserved seating costs about ¥14,000 on the Nozomi Shinkansen. If you choose unreserved seating, the ticket is closer to ¥13,000. The Hikari is a few hundred yen cheaper. And the slowpoke Kodama is ¥10,500 in the off season, with the Puratto Economy Plan.

Prices can fluctuate by a few hundred yen depending on whether you are traveling in peak or off-peak seasons.

When is the best time to book travel between Tokyo and Kyoto?

Shinkansen tickets fluctuate only slightly — a few hundred yen — but flights and buses, with dynamic pricing, can cost as much as twice the price of an off-peak ticket.

While we do our best to ensure it is correct, pricing and other information is subject to change. This post, which was originally written by Tiffany, is updated regularly. Last update: May 2, 2022.