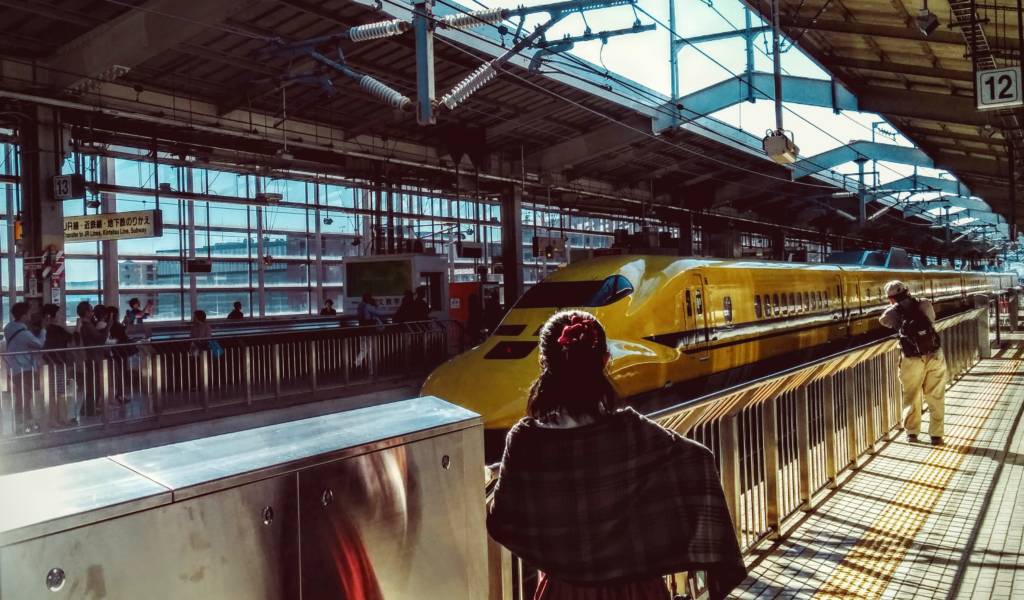 The Ultimate Shinkansen Guide: Everything You Need to Know About Taking a Bullet Train

Thinking (dreaming?) about taking Japan’s famous Shinkansen? (That’s the bullet train). You’ve found the right article. This is Shink 101, a comprehensive guide to taking some of the fastest trains in the world. It covers everything from speeds to seat reservations, with a few fun facts thrown in for good measure. Let’s begin with the basics.

Why take the Shinkansen?

This question needs to be rephrased. Why not? The Shinkansen is one of the quickest, easiest ways of traveling between major cities in Japan. Boarding at Tokyo Station? You can be in Osaka in just over 2.5 hours on the fastest bullet train service. With maximum speeds of 320 km/h (200 mph), the Shink will get you from Point A to Point B, wherever that may be, in no time at all.

The Shinkansen is more comfortable than taking a bus or flying economy class, as well as more convenient (it doesn’t require schlepping to any airports). It also works out cheaper, if you take advantage of a Japan Rail Pass — more about that below.

These trains are also super safe. Launched ahead of the first Tokyo Olympics in 1964, Japanese bullet trains have carried more than 10 billion passengers over the years, with zero fatalities due to derailment or collision. That’s some safety record. The Tōkaidō Shinkansen (which connects Tokyo with Osaka/Kyoto and Nagoya) has something like 323 trains running every day — and there are hundreds more on the other lines. The average delay, across all lines? Under 60 seconds, even in extreme weather conditions.

The Shinkansen network runs the length of Japan’s main island (Honshū), up to Hakodate in southern Hokkaidō, and down to the southern-most point in Kyūshū. You can step onto a train at Hakata Station in Fukuoka Prefecture and step off (well, with one transfer) in Hakodate ten hours and over 2,000km later — it’s mind-blowing.

The Shinkansen (especially the newer generation trains) have lower carbon emissions compared with most other forms of transport. The Shinkansen is powered by electricty and (according to JR) emits carbon at rate of 0.0093kg per km (per seat), whereas a regular JR train runs at 0.019kg / km — twice as much.

The precise emissions does depend on the power source behind the electricty. Currently most of Japan’s nuclear power stations are offline, so much of the Shinkansen network will still be running off electricty sourced partly from fossil fuels (Japan runs a mix of renewables, nuclear, and fossil fuel). Either way though, the Shinkansen is still likely the lowest emission option for traveling longer distances in Japan.

Carbon emmissions for travel between Tokyo and Osaka