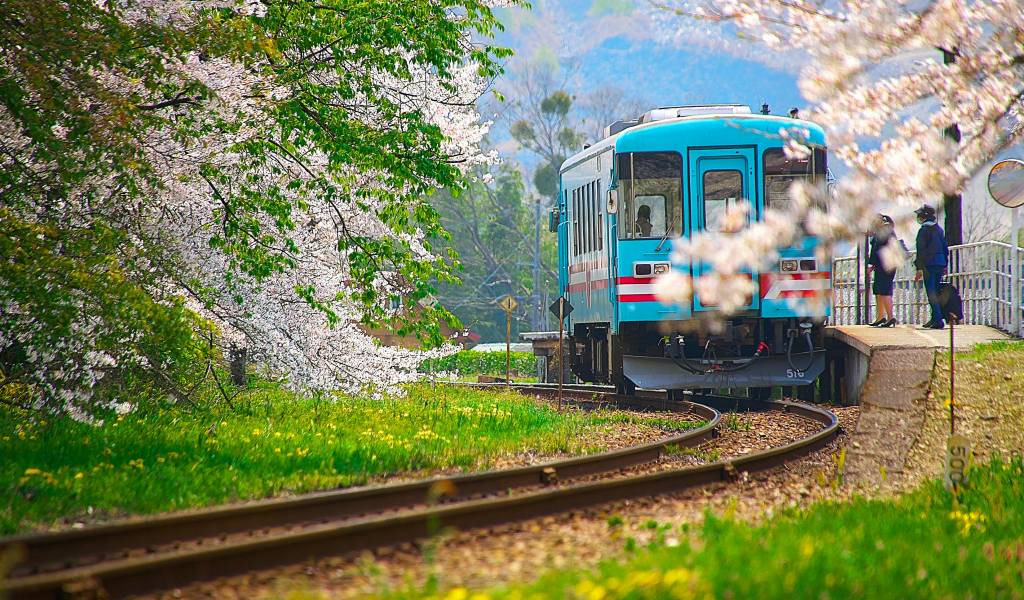 Only tourists are able to purchase the famous Japan Rail Pass, which allows travelers to flit around the country on the normally expensive Shinkansen. What you may not know, is that there are a few regional rail passes that foreign passport holders on any visa can purchase. That means you, foreign residents of Japan!

Some passes are available indefinitely; others are only available for a limited time. The Kansai WIDE Area Excursion Pass and passes from JR Shikoku and JR Hokkaidō are only available through March 2023 — so don’t sleep on this opportunity! Scroll down to the bottom for rail passes that can be purchased by anyone, even Japanese citizens.

Good news: Eligibility for foreign residents for the Shikoku and Hokkaidō passes was set to expire at the end of September 2022 but has now been extended through March 2023!

The following JR regional rail passes are currently available to foreign passport holders on any visa:

Passes without booking links must be purchased in-person at select train stations. See sections on individual passes for more details.

The excellent Tokyo Wide Pass gives you three days of consecutive travel in the Kantō area. That means excursions to Nikkō, the Izu Peninsula, Karuizawa, and (in winter) ski resort Gala Yuzawa (among other places). Find out more about what you can do with the Tokyo Wide Pass.

The Tōhoku Area Pass, meanwhile, gives you some Shinkansen travel in Niigata and Nagano plus travel along the entire length of the Tōhoku Shinkansen. This pass is ideal for exploring this undervisited region in depth.

See our article on JR East regional rail passes for more details, plus ideas for where to travel.

Passes only available for a limited time

The following deals are set to expire at the end of March 2023 (though we hope they will be extended, of course)

JR West’s Kansai WIDE Area Excursion Pass gives you three consecutive days of travel in the greater Kansai area. What does that mean? It means you can ride the Sanyō Shinkansen between Shin-Osaka and Okayama, via Kōbe and Himeji. Or ride limited express trains up to Kinosaki Onsen or down to the Kii Peninsula.

JR Shikoku is offering a special, limited-time only 3-day rail pass just for foreign residents. It gives you unlimited travel on Shikoku’s limited express trains — Shikoku doesn’t have a Shinkansen — plus all other JR trains, Tosa Kuroshio Railway lines, and JR Shikoku buses for Birafu (for the Anpanman Museum) and Kuma Kōgen (a scenic mountain resort area).

The pass costs ¥11,000 and is available through March 2023. It must be purchased online. You cannot purchase it over the counter at train stations in Japan.

Check out our article on JR Shikoku rail passes for ideas about where to travel in Shikoku, including a sample 3-day itinerary.

Discount rail passes that anyone can use

There are also discount travel schemes that have no eligibility requirements. These can be used by anyone, including Japanese citizens. Sadly none of them are as good a deal as the passes created specifically for tourists — but they can still save you money.

JR East has a number of passes — called otokuna kippu (“special tickets”) — good for one or two days of unlimited travel around select areas, like Aomori or Iwate. All the info is in Japanese though, unfortunately.

The Hokkaidō Free Pass, meanwhile, covers everything that the JR Hokkaidō Pass for tourists does — and anyone can purchase it, including foreign residents and Japanese passport holders. The down side is that the pass costs more than the one for tourists and has blackout dates. For more details, see our guide to Hokkaidō rail passes.

JR Kyūshū has a 3-day pass — what it’s calling the Hello! Freetime Net Pass — that resembles the Kyūshū rail passes for foreign tourists. Except it costs more and you have create an online account with JR Kyūshū. There’s also a discount scheme called something like “Expert Traveler Kyūshū to One’s Heart’s Content Ticket” (旅名人の九州満喫きっぷ) that gives you three non-consecutive days of travel (or one day for three people) on any local train in Kyūshū, JR or otherwise.

While we strive to make sure all details are correct, information is subject to change.

Written by: Rebecca Milner
Filed under: Transport
Tags:
Sharing
Questions or comments about this article?
Start a thread on our community forum
Ask our local experts about Tokyo