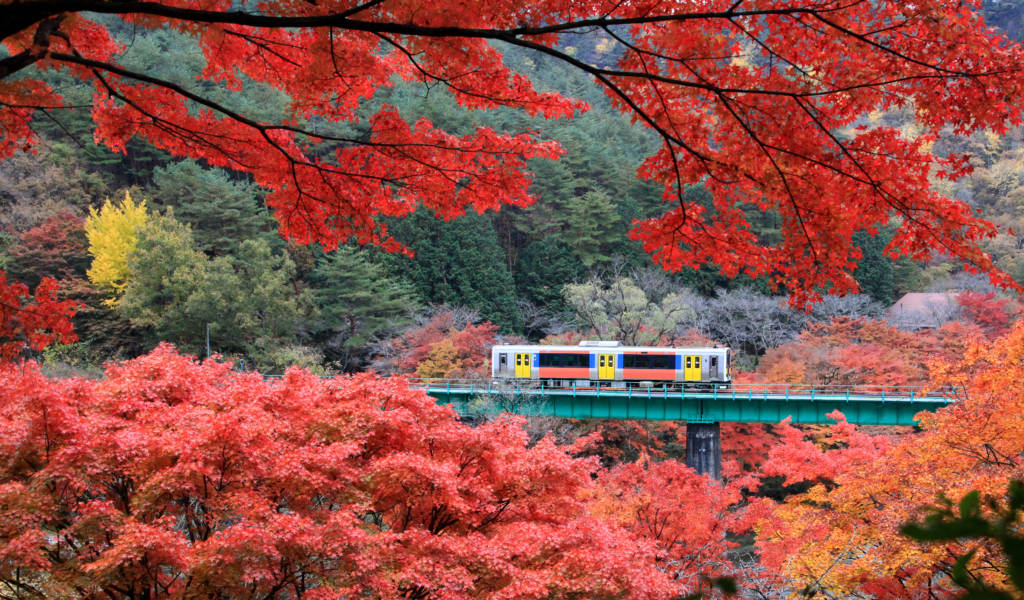 The Seishun 18 Ticket and 5 Recommended Escape Routes from Tokyo

Ah, to be young and traipsing around the country without a worry. Well, the Seishun 18 ticket will help you recapture those carefree days and at a price that younger-you would have appreciated — ¥12,050 for five days of unlimited travel. Here’s the lowdown on this bargain deal.

What is the Seishun 18 ticket?

The Seishun 18 ticket (青春18きっぷ) is a special discount ticket sold by national rail operator JR three times a year — in summer, winter and spring. It allows up to five non-consecutive days of unlimited travel on JR local and rapid trains, making it a super-cheap way to explore Japan at a slow pace.

Seishun 18 tickets (named for the youth who love to use them) cost ¥12,050 a pop, giving you unlimited travel for just ¥2,410/day — that’s outstanding value. While the ticket sales periods coincide with school holidays, anyone, of any age and nationality, can use the tickets.

You can share the tickets, too. For example, a group of five people could each travel for one day. Or a couple could get two days of travel each (with one to spare). The only catch is that you can’t ride limited express trains (tokkyu/特急) or the Shinkansen (bullet train).

And unlike the Japan Rail Pass, the Seishun 18 ticket does not need to be used on five consecutive days. That means you can activate it, take a break, and get back to using it a little later in the usage period — no need to use it all in one go.

Where do I buy the Seishun 18 ticket?

You can buy the tickets at most JR stations, but only three times a year. The sales and usage dates differ slightly year on year, but for 2022 they are as follows:

Where can I go with these tickets?

The Seishun 18 ticket allows you to just jump on a train hobo-style and see where it takes you. However, with a little planning you can hit some of the more interesting far-flung destinations that would normally cost ¥20,000 or more to reach. To help you on your way, we’ve planned five escape routes from Tokyo, taking you to Kanazawa, Hiraizumi, Fuji Rock, Nara and Miyajima.

Note: The schedule for each trip assumes you are leaving on a weekday, and not on the weekend or a public holiday. Trains are more frequent on weekdays, so if you do leave on the weekend or a holiday, bear in mind that it might take considerably longer to get to where you’re going.

Before you set off, make sure you’re stocked up with food, drinks, books, games and so on for those long boring bits (you’re limited to the slower trains, remember). It’s also worth keeping an eye on the weather — although it’s not all that likely, snow and/or high winds can throw train schedules into chaos. Or stop them entirely — and trust us, being stranded on a train in the middle of nowhere during a typhoon is decidely not fun.

Note: All itineraries below are intended to provide a rough estimated guide only. Check your intended routes carefully before embarking (Jorudan is a good place to start).

Kanazawa has a castle, beautiful heritage buildings dating back to the Edo period, art museums, and awesome food. Plus, it’s a long way from Tokyo by train, making it the perfect destination for Seishun 18 ticket travel. Kick back, relax, and enjoy the ride!

During the Heian and Kamakura periods (from about 1200 to 800 years ago) Hiraizumi in the far north of Honshū apparently rivaled Kyoto in both size and influence. Much of that has disappeared over the centuries, but there are enough interesting bits left that the area received the coveted status of World Heritage Site in 2011. This means it’s often crawling with flag-wielding tour guides and fleets of tour buses, but the temples and historic buildings are stunning.

Of note are two major festivals during the period that the Seishun 18 ticket is valid: the Chūsonji Outdoor Bonfire Noh on August 14th, and the Hiraizumi Daimonji Festival (where they light a fire on a mountainside in the shape of the 大 kanji — more famously associated with Kyoto) on August 16th.

If you can afford the tickets to Fuji Rock, you probably don’t *need* to get there with the Seishun 18 ticket, but perhaps you do! Regardless, what better way to build your sense of anticipation than by taking slow trains across one of the most rugged parts of Japan?

The first stages open at 11 a.m., so you’ll want to start your journey super early to avoid missing anything. The closest station (from which you can catch the shuttle bus for the 40 minute ride to the venue) is Echigo-Yuzawa in Niigata Prefecture.

If prancing about with domesticated deer and admiring a giant Buddha is your thing, then head to Nara. Because this route takes you south, within a couple of hours of departure you’ll be skirting the base of Mount Fuji, which, barring low cloud, is always an impressive sight. After that, as you continue down the Tōkaidō Line, the vistas get a little less awe-inspiring, but there’s still plenty of green between the big metropolises, and glimpses of the Pacific for a bit of variety.

Down near Hiroshima, Miyajima is the place with the iconic red torii gate, the base of which is submerged at high tide. The JR site mentions it specifically, highlighting the fact that the Seishun 18 ticket is valid for the ferry to the island. Getting there in a single day is a huge haul from Tokyo — but it is possible. In a minute shy of 15.5 hrs, you’ll cover 916 km and make 10 transfers! Mind you, you’ll arrive so late at night that all you’ll be able to do is find a place to sleep and visit the shrine the next morning.

Is there anything else I need to know about the Seishun 18 Pass?

With so many changes on the longer routes, the chances that you’ll actually make it to your final destination on time are about 50/50 –but even if you fall short, there’s always the next day. If none of these getaways appeal to you, or if you just want to make your own adventure, Jorudan is a useful site to help plan your trip (Japanese and English). If you can read Japanese, it even has a dedication search function for the Seishun 18 ticket.

For more trip ideas from Tokyo, check out our sister Seishun rail travel article and these other Seishun travel suggestions. For more information on this rail pass, see the official JR website.

While we do our best to ensure it’s correct, information is subject to change. This post was originally published on July 16, 2012. Last updated on October 2022 by Maria Danuco.

Written by: Japan Rail Tickets
Filed under: Getting around | Transport
Tags:
Sharing
Questions or comments about this article?
Start a thread on our community forum
Ask our local experts about Tokyo