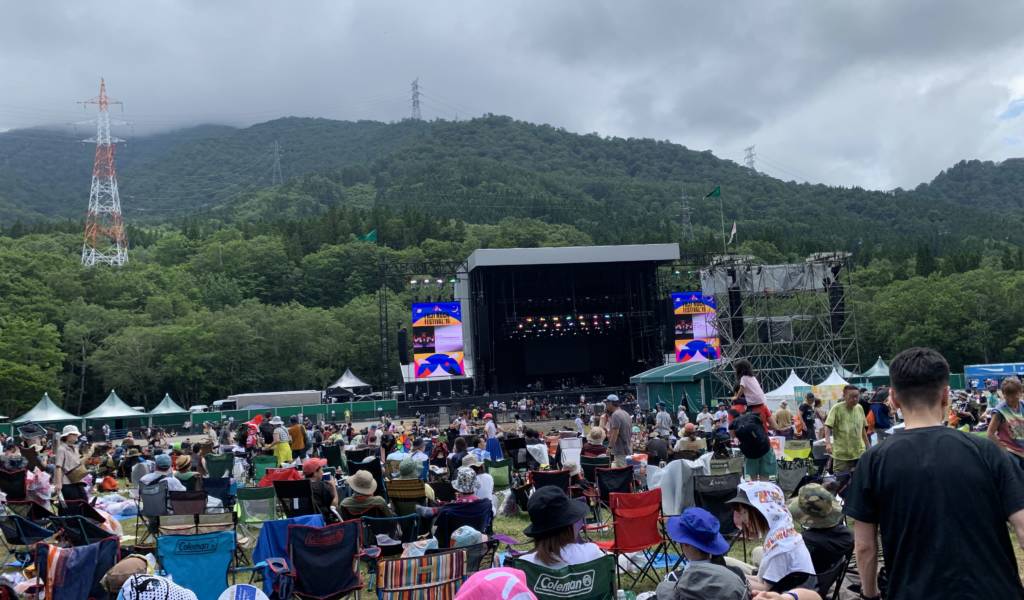 How Much to Budget for Fuji Rock, Summer Sonic and Other Summer Music Festivals

There are so, so many awesome music festivals that happen in the hot months in Japan. But with entry tickets alone costing upwards of ¥20,000, and some degree of travel usually required, it can be a walletry (yes, we just made up a word) challenge for the cheapo. To give you an idea of how much you’ll need to budget to rock out at one (or all, maybe you’re a hardcore music fan like that) of the major festivals, we’ve put together this guide. So, read on and get ready to make some noise at Fuji Rock and the other big sound events this summer.

This is the godfather of Japanese music festivals. If you can only afford to go to one this summer, make it Fuji Rock Festival. The largest outdoor music event in Japan, it’s held at the Naeba Ski Resort in Niigata Prefecture. Over 100,000 people attend, and with the huge line-up of international and local names, that’s not surprising. In 2019, you can expect to see the likes of The Cure, SIA, Deathcab for Cutie and more.

Transport: There are various ways of getting from Tokyo (assuming you’re there, or going through there anyway) to Fuji Rock. The easiest and most economical is taking a Shinkansen to Echigo-Yuzawa Station and then a shuttle bus to the festival venue. For more details—and other options, read our dedicated guide to transport from Tokyo to Fuji Rock.

Lodging: If you’re doing a day trip, this doesn’t apply. Most people going for two or the full three days camp, which costs ¥3,000 per person and requires you to bring a tent, sleeping bag and all the rest. There are a number of ryokan and hotels within a 20km radius for more comfortable, private snoozetime, but they tend to book up fast.

Hot, sweaty and manic, Summer Sonic is a three-day affair that takes place in Chiba (just next to Tokyo) and Osaka simultaneously. Most of the artists shuttle between the two cities, playing on alternate days. Here, our focus is on the Chiba gig.

There are multiple stages in different areas (see below), so it’s a good idea to plan what you want to see, and when, before you roll through the gates. There is no camping at Summer Sonic—if you want to be there for all three days, you’ll need to plan for separate day trips. Headlining this year’s festival are names like B’z, Fall Out Boy, Weezer, Two Door Cinema Club and old-school punk-rockers Rancid.

Transport: Take the train from wherever you are in Tokyo to Kaihimmakuhari Station on the JR Keiyo Line. It takes just over half an hour from Tokyo Station, and costs ¥550. The stages at Makuhari Messe are about seven minutes away by foot, and the ones at Zozo Marine Stadium about 15 minutes away. For more deets and directions, have a look at our dedicated guide to getting to Summer Sonic in Chiba.

Lodging: Most people stay at their accommodation in Tokyo, but you can book into a hotel like Hotel New Otani or Hotel Green Tower in Chiba if you want to avoid traveling back and forth.

One for the electronic music lovers, Ultra Japan is a massive late-summer event held at Odaiba Ultra Park in Tokyo. The festival is part of the global Ultra Music Festival brand that can be found in 20+ countries. At the time of writing, the line-up had yet to be announced, but there are always mega names on the list. In 2018, fans partied to the sounds of DJ Snake, Galantis, Nicky Romero and Nina Kraviz, among many others. This video gives you an idea of what to expect.

Tickets: Regular 1-day tickets are ¥15,000 a pop, while 2-day tickets are ¥26,000. They might get pricier as the festival gets closer. There are VIP 2-day options available for ¥52,000 a piece, but those just make our cheapo souls ache. Note that you have to be over 20 to attend Ultra Japan.

Lodging: You don’t really need to stay over in or near Odaiba, but if you want to make the most of the festival, you can book into a nearby hotel like Tokyo Bay Ariake Washington Hotel. Check out our Tokyo Accommodation Guide for deals a little further afield.

This is a rock fest held out in the rurals of Otaru, Hokkaido. You’ll see “Ezo” on the festival flyers—that’s the historical name for Hokkaido, so don’t go asking people for directions to Ezo when you arrive in, well, Ezo. The Rising Sun Rock Festival has been running since 1999 and is a slightly more chilled event than its mad counterparts on Honshu. Another difference is its focus on domestic artists, with acts like The Oral Cigarettes, UVERworld and King Gnu taking to the stage this year.

Transport: From Tokyo, the best way to get to the festival is by flying into Sapporo on a low-cost carrier and then taking the train. From New Chitose Airport you head to Sapporo Station, where you change to the subway and make for Asabu Station on the Nanboku Line. When you arrive there, you can catch a festival shuttle to the venue. The train part costs ¥1,840 and takes about an hour, and the shuttle is ¥600 and about a 20-minute ride.

Lodging: Most festivalgoers opt to camp, as the show goes on right into the night. Good chow can be procured from the food stalls at the venue. You could also stay at a hotel near Asabu and shuttle back and forth, if you aren’t one for tenting it. Hokkaido Sun Guest House and Untapped Hostel offer dirt-cheap beds, while HOTEL MYSTAYS Sapporo Station is perhaps a notch up. All are within roughly 5 km of Asabu Station.

Meanwhile, at the Hitachi Seaside Park in Ibaraki Prefecture (just northeast of Tokyo), a mammoth five-day celebration of J-Pop and J-Rock takes place over two weekends. This video conveys the overall vibe. 2019 sees Rock in Japan turn 20. You can expect a huge lineup that includes Okamoto’s, Kotori, Sekai no Owari and more. Tickets come out in batches and sell out fast, so if you want to join the throngs of Japanese fans, you best get ready to move like lightning (greased, even).

Transport: To get to Hitachi Seaside Park, take a Limited Express on the JR Joban Line from Tokyo to Katsuta Station, then change to the Hitachinaka Seaside Railway and take it to Ajigaura Station. It takes around two hours and costs ¥4,390. You can save about ¥1,500 by taking a regular train instead of a Limited Express, but it adds an extra hour to your travel time. The seaside park is a 20-minute walk from Ajigaura Station.

Lodging: You can pitch a tent at the official Camp Village, 15 minutes away from the venue, for ¥15,000 (that’s for one night, ouch). You can, in theory, also crash at a hotel in the Hitachinaka area—but it’s kind of spread out.

At all of these festivals, you’ll need some fodder, so we recommend setting aside a few thousand yen for food and drink. Some festivals get a bit iffy about people bringing in their own beverages or snacks, and guards might check your bag when you go in. If you must smuggle, do so strategically. But it’s better to buy from the myriad vendors selling all manner of tasty treats at the venue. Fresh pad thai, anyone?

While we do our best to ensure it’s correct, information is subject to change. This post was last updated in May, 2019.

Written by: Carey Finn
Carey's Tokyo favorites are: artless craft tea & coffee
Filed under: Music and Nightlife
Tags:
Sharing
Questions or comments about this article?
Start a thread on our community forum
Ask our local experts about Tokyo