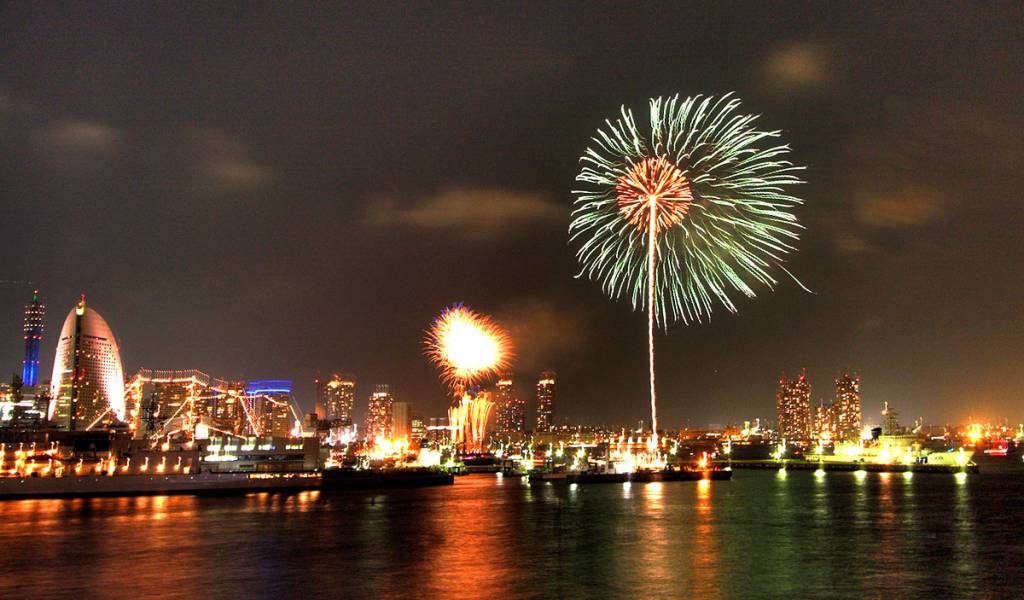 Summer means one thing in Japan, and that’s fireworks festivals. There’s no better way to enjoy warm summer evenings in Yokohama than with a lit-up sky, yukata and chu-hai picnics.

While spring has hanami (flower viewing), summer has hanabi (fireworks or “fire flowers”)—and with displays that will knock your socks off in terms of animals, cartoon characters and more, you won’t be disappointed. Yokohama fireworks festivals may not have quite the same funds as the Tokyo ones, but they certainly come close, with plenty of great shows to choose from in the city. Plus, there’s the bonus of fewer high-rises and slightly smaller crowds. So head to these Yokohama summer fireworks festivals, set up a picnic and enjoy the incredible skylines alight with spectacular displays.

One of the newest fireworks festivals in Yokohama, Sparkling Twilight is still in its infancy, but is already one of the most impressive displays around. Taking place across two days with fireworks launched from the port, you can enjoy the display from any of the great viewing spots nearby. There is a “Sparkling Parade” as well as processions of mikoshi (portable shrines) from every district in Yokohama, an illuminated boat procession and ice carving. Food-wise you can enjoy a selection of the city’s best restaurants in a pop-up affair called Seaside Restaurant in Yamashita Park.

The festival takes place from 11:30am to 8:30pm, with the fireworks between 7:30pm and 8pm. The closest station is Kannai. 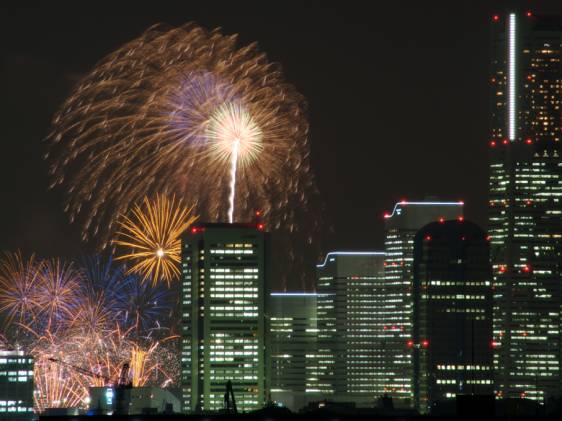 Smaller scale, and outside Yokohama, yes, but a fireworks display on a beach is too good to turn down. The Kamakura fireworks display takes place at Yuigahama, with plenty of good viewing spots on the beach or in Kamakura Seaside Park just behind it. This is a great way to end a day of exploring Kamakura or relaxing on the beach, or is worth a trip of its own! The nearest station is Yuigahama or Wadazuka. There has been no back-up date announced for this summer, so if the weather is bad, the event will be canceled. 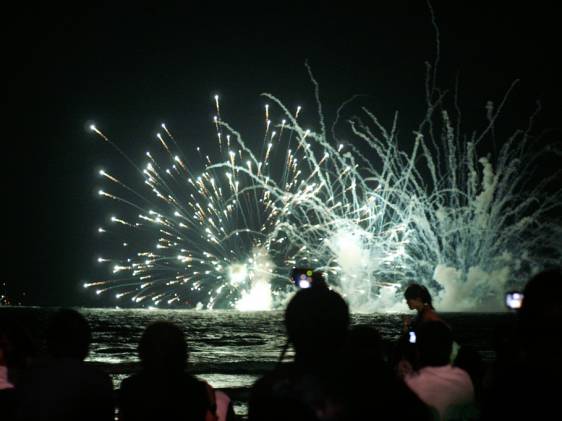 Held in the southern area of Yokohama, this display takes place at the only swimming beach in the city: Umi-no-Koen, or Marine Park. There will be 3,200 fireworks launched into the sea air for an hour-long dazzling display. Marine Park will have food stalls and plenty of drinks to sustain the summer revelers, so you can choose to bring a picnic or enjoy the street-food offerings.

If the weather is bad, the show will be canceled rather than postponed. The nearest stations are Uminokoen-shibaguchi, Uminokoen-minami guchi, or Hakkejima. 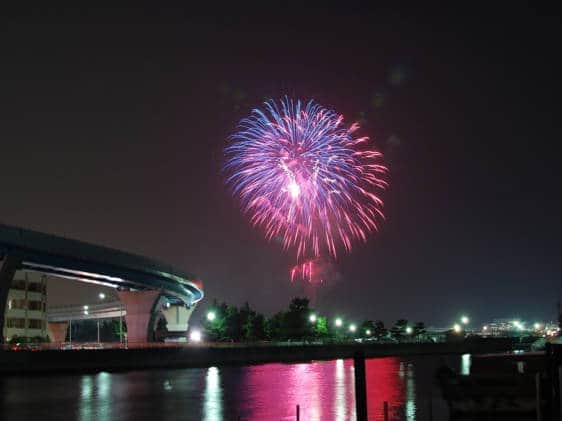 A demonstration of friendly rivalry, this fireworks display takes place across the Tama River between Tokyo and Kanagawa. As 2017 was a washout thanks to the weather, last year they decided to move it to October (because who cares about typhoons). Containing two shows in one as the neighboring prefectures compete with ever-growing displays, it is a great night with a brilliant atmosphere. The event is a popular one though and sometimes so crowded that there are size limits on your blue sheet space per person (around 40,000 people attend each year).

The best vantage point is on the Kanagawa side of the river near Futako Shinchi Station, where you will find all manner of food stalls open from 3pm to 9pm, or Futakotamagawa Station on the other side. The lack of high-rise buildings nearby though means there are plenty of good spots, so if you arrive a little late don’t worry—you should still be able to see. 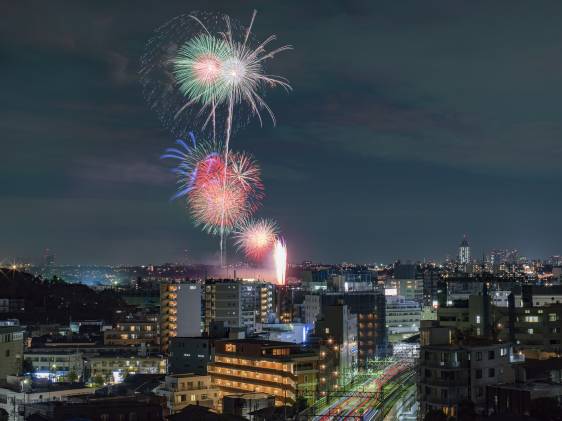 Pro tip: See what else there is to do in Yokohama, and make the most of your night out.