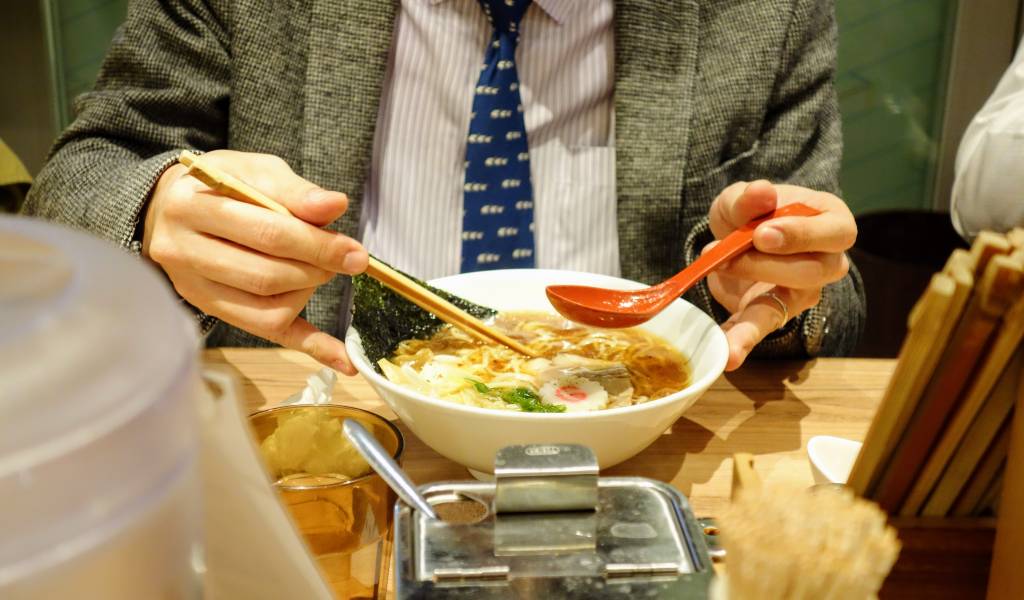 “No Ramen – No Life!” says the sticker above the door of one of our favorite ramen spots, and we are certainly not going to argue. Whether it’s a lifesaving cup noodle at lunch, the 2am post-drinks indulgence, the hangover salvation or the steaming dish that saves a rainy day of sightseeing… Ramen really is life, and the better you know it, the more you’ll love it.

Appearing in films, TV shows, and depicted rather beautifully in many anime, ramen may seem like a simple affair: noodles, broth, some scattered toppings—but really, the variety is almost unfathomable. With a selection of broth bases, different flavorings and toppings galore, there’s a perfect combination for everyone. Regions across Japan offer their own signature ramen, while ramen-ya, or ramen shops each have their specialities, with everything from a ¥500 bowl at your local station to the Michelin-starred spots dotted across the city.


Originally from China, as many of Japan’s greatest things are, Ramen was brought to Japan in the early twentieth-century Taishō era. Immigrants living in the port town of Yokohama (now home to the largest Chinatown in Japan) served it up as an affordable and filling meal, which many ramen joints still call chūka-soba meaning Chinese Noodles. The dishes really took off when soldiers returned from the second Sino-Japanese war, with veterans returning with a taste for Chinese dishes and shops began to pop up. Over the years, ramen has diverged from its origins in many ways—with the addition of Japanese ingredients and regional variations—but remains a cheap and filling meal that’s pretty much the signature fast food of the nation.

What is ramen: From broth to toppings

Aside from just being straight up delicious, ramen is a dish known worldwide, but not always in its best form. Cup Ramen is probably the most well known and certainly has its place in our hearts, but while it’s a great 11pm snack, and has the basics (noodles, broth and toppings) it is a mere shadow of the real deal. Put simply, ramen is a dish that originated from China and features broth, flavourings, noodles and toppings, with dozens of variations of each – but it’s one of those ‘more than the sum of its part’ situations.

The broth base can be cooked for days, and may include one or a combination of: pork bones, chicken bones or dashi—a staple fish stock usually made with bonito (dried fish flakes), kelp or dried sardines. For a super rich broth, pork bones are boiled until the broth becomes milky, making for one of the tastiest options—tonkotsu. Each restaurant will add their own aromatics to the broth, with options like onions, rice wine, oils and garlic. These days, vegan and vegetarian options are also available, with vegetable broth bases used instead.

These are where the options you’ll see at ramen joints come in, and you’ll probably end up with a go-to favorite.

Ramen noodles are a distinct yellow flavor thanks to the lye water used to make them, called kansui in Japanese. The alkaline mineral water has potassium carbonated which helps the noodles stay firm in the broth. The thickness and style of noodle varies from region to region, with wavy, straight or curly noodles making appearances.

Toppings for ramen are more than an afterthought, with some classic options and delicious pairings to be made. Here are some of the most popular:

Etiquette and ordering: The ramen rules

The majority of ramen joints still use ticket vending machines to order, and if you spot one outside, chances are you’ll need to order before you enter. Sometimes there are English stickers or a whole set of English options on the buttons, but if not, we suggest google translate, or picking at random (price is a good guide) – sometimes there’s a star on the most popular option, so that’s a good bet. Head in and hand your ticket to the server (or if it’s a very small place, the person behind the counter) and take a seat—it won’t be long!

The best ramen in Tokyo

OK, so this is basically an impossible task—so many factors, so many bowls, so many options. Really, while there is such a thing as bad ramen, it’s not so common, and finding your favorite combination is a unique thing, so shop around, and try out some of our options below along the way.

So Tokyo currently has three Michelin-starred ramen restaurants, but we’ve also included Tsuta—the first to be awarded a star (although it no longer holds it) as it is just as delicious.

If you’re looking for more fine-dining, be sure to check out the Bib Gourmande recommendations from the Michelin Guide—they focus on places that offer more affordable food at incredible quality. We also have a full rundown of Michelin restaurants in Tokyo to dream of…


So if you’re ever lost, cold and hungry and the only thing keeping you going is the idea of sitting down to a reliable, delicious bowl of ramen, chains are your friend. Yes, independent, lovingly-crafted options are best, but they’re not always around, and to be perfectly honest, sometimes you just want that anonymity, that familiarity. Our two faves have similar-ish names and both specialise in tonkotsu ramen, hailing from Fukuoka—the homeland of divinely rich Hakata ramen.

Ramen has been taken in some creative directions over the years, and while some are seasonal (chocolate ramen for Valentine’s?) and some closed, (Pineapple Ramen will never leave our hearts), there are plenty of unusual options popping up to try. From green curry ramen to junk ramen—you’ll have to read our rundown of random ramen on to find out what exactly makes junk ramen so great.


So we have our favourites, and there’s no point pretending we don’t, so here are a handful:

Ramen streets: All the options


If you need more than one bowl when it comes to ramen (and we feel you), then you’ll be delighted to know there are multiple spots that offer dedicated collections of ramen shops to try.

These two options are both in Yokohama and while they’re pretty different, they’re both really fun and great for rainy days (more ideas for those here!).

You read us right: ramen festivals. If something exists in Japan, there’s likely to be a festival to celebrate it, and Ramen has multiple. This is a fantastic thing, as it means loads of ramen joints from across the country gather in one place so you can try them all. Entry is free but you usually need to purchase tickets to buy the ramen, with prices all set at the same rate per bowl (it just makes everything a lot faster and simpler!). 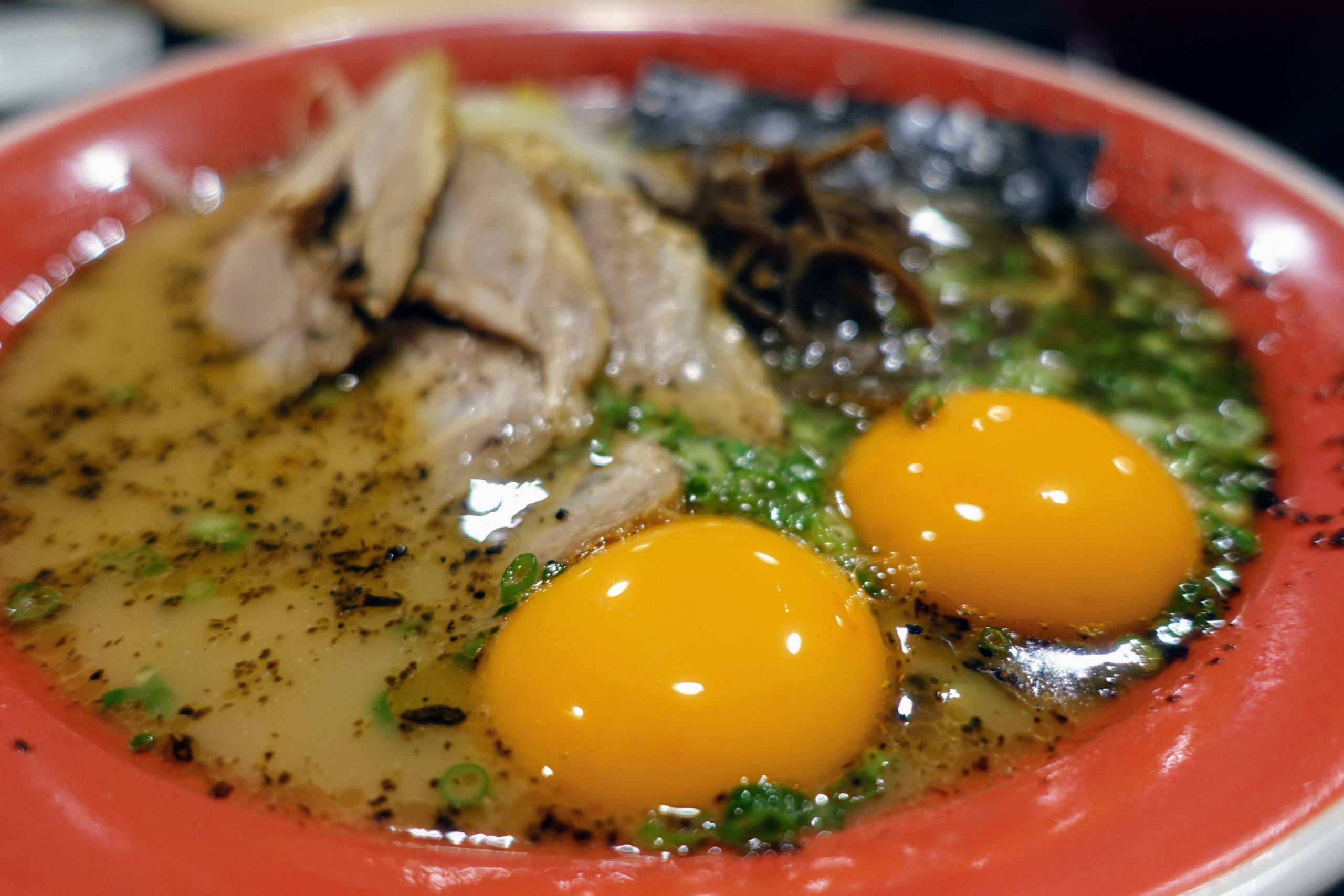 Japan loves a regional twist, and unsurprisingly ramen is a popular option for local dishes, with special ingredients and unusual histories—here are a few to get you started:

If you’re a regional-speciality-kinda-cat, check out our mega guide to the best dishes to try in each of Japan’s 47 prefectures.

Ramen FAQ: Everything you need to know

So we talked a lot about ramen, but there are some easy questions still lurking unanswered like the last noodles in your soup…

What is the average price for a bowl of ramen?

A standard bowl of ramen is roughly ¥750 yen, but there are plenty both below and above that too. Keep in mind that even Michelin ramen isn’t that expensive, coming in at around ¥1,200 a bowl and often less, so it can be worth an upgrade, but equally a lower price doesn’t mean bad quality either.

What is the Most Popular Ramen in Tokyo?

Hard to say—while the signature dish for Tokyo is a shoyu, it’s hard to narrow down restaurants in a city this big as everyone has their favorites. The chains we mentioned above like Ippudo are actually pretty great and perfect when you just want that reliable hit, especially when you’re in a new part of town and don’t know the ramen ropes. Equally places are given those Michelin stars for a reason, but keep an eye out for the Bib Gourmand spots too—check our section above for our full list of suggestions!

Where can you find vegan ramen?

Vegan ramen is getting more and more popular, and while it isn’t going to be the same as a bowl of traditional ramen (it’s best to accept this and appreciate it as a different style rather than comparing) it can still be super delicious. Try Soranoiro Nippon, T’s Tantan or Afuri for some delicious options. We have some extra veggie suggestions to try if you’re a plant-based explorer.

What’s the difference between ramen and tsukemen?

They are very similar dishes, and tsukemen was borne from ramen, invented in 1961 in Tokyo. The primary difference is that with ramen, the noodles come already in the bowl of broth, while with tsukemen, they are served separately: ‘tsukeru’ actually means dip. The noodles are usually firmer and thicker to help carry the broth, which is also usually thicker than with ramen too.