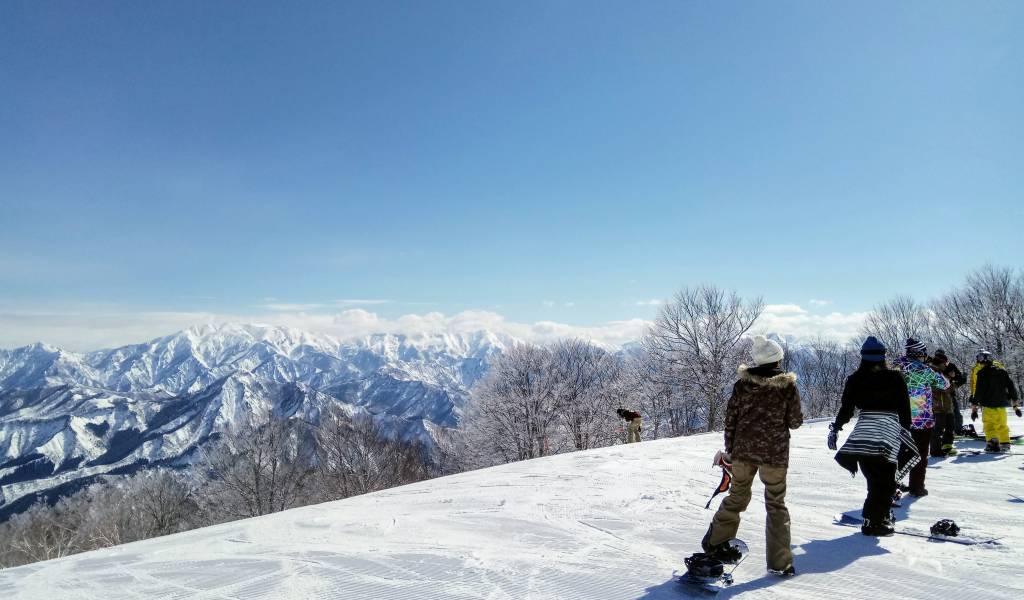 Japan is becoming more and more popular as a snow sports destination, with great resorts and the perks of hot springs and Japanese food to go with them! Whether you’re planning to come just for the slopes or if you want to build-in some sightseeing too, there are plenty of options to make the most of ski-season in Japan.

There are plenty of great ski resorts within easy reach of Tokyo that serve as good, cheaper alternatives to the famous slopes of Niseko in Hokkaidō. You can even go skiing or snowboarding as a day trip from Tokyo at ski resorts like Gala Yuzawa, or the amusingly named Snow Town Yeti on Mount Fuji.

The resorts on Honshū (the main island where Tokyo is) tend to be less popular and less expensive than Hokkaidō, particularly during the week. So if you’re flexible, keep an eye on the forecast and catch an empty mid-week slope on a clear sunny day after some heavy snow fall.

If you’re a powder addict and cost is no objective, then you might want to fly away from Tokyo up to Hokkaidō, where average temperatures are much lower so powder snow is more likely. The most popular area is Niseko, which has multiple resorts including Annupuri, Grand Hirafu, Hanazono, and Niseko Village. We have guides on getting around, as well as tips on what to see in nearby Sapporo.

Things to know before skiing and snowboarding in Japan

Putting safety first, you’ll want to check you are insured for snow sports (especially the small print around going off piste). And that you have good mobile phone coverage for the area (Docomo network is usually the best, Softbank the worst) should you need to call for help. Snowmobile rescue for minor accidents on piste is likely to be free of charge, but that won’t cover treatment or transport to a hospital, so the small extra cost of insurance coverage is worth the peace of mind.

If you’re a somewhat avid skier or boarder, you can save a bundle on rentals by bringing your own gear (but you knew that). Second-hand shops, called recycle shops in Japan and with names like Off-House, have great deals on used gear for a fraction of the new price. Bargains can also sometimes be found on Tokyo Craigslist (though you’ll want to proceed with caution) or resale sites like Mercari. We’ve even seen a few pairs of skis and some snowboard accoutrements at various flea markets, too. We also have a guide about winter sports shops in Tokyo.

However, renting at the resort is the easiest option (wherever you end up going). Check out our full guide to getting ski and snowboard gear in Japan — including sections on renting in Niseko and Hakuba (two of the country’s most popular resorts).

Looking for travel insurance for your snow trip? Check out our guide to Japan coverage for short- and longer-term visitors.

If you buy a snow sports package tour, transportation is often included — so you can score a great deal. For those going it alone, we have some handy articles about car rental, those economical Japan Rail passes visitors love, and the Seishun 18 ticket (though it’s limited to certain periods of the year).

Also Japan has a great courier network for shipping your gear to and from the resort, so if you like to travel light and have cash to burn, then this is worth looking into.