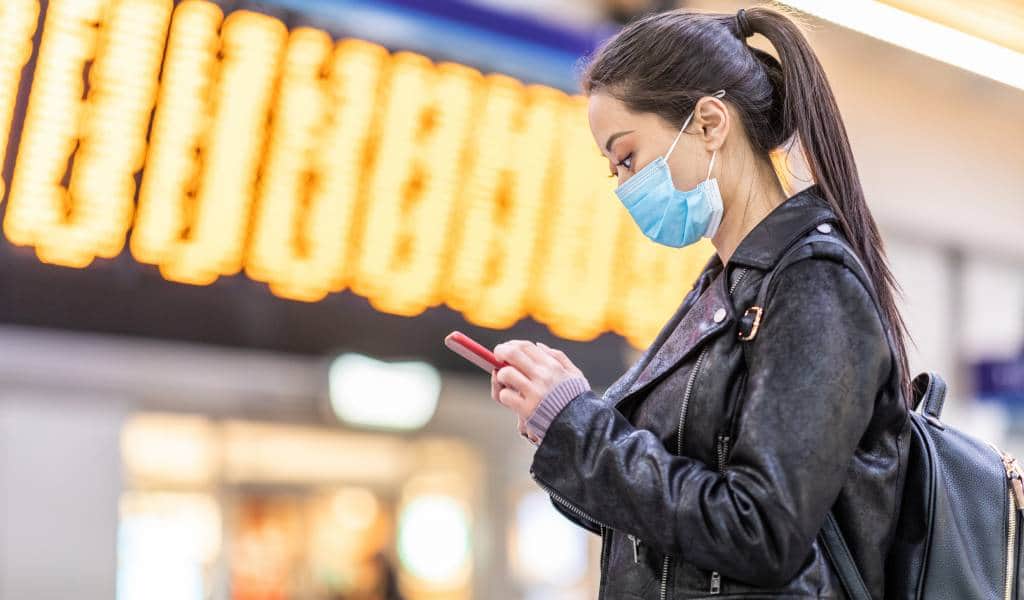 The Best eSIM for Traveling Japan

SIM cards seemed kind of high tech in the 1990s, but now that we’re in the 2020s, they’re feeling a bit old fashioned and anachronistic. “Why do I have to swap a little chip just to get data when I travel?” you may have asked. Luckily, Apple and the makers of some of the newer Android handsets have come up with a solution. The modern alternative to struggling to insert and set up a SIM is the software-only eSIM.

What exactly is an eSIM?

An eSIM is a software-based SIM that doesn’t require any separate hardware, like a physical SIM card. Set-up can be done through the device (phone, tablet) itself. This means no more fiddling with paper clips trying to pop the SIM tray out or fumbling with tiny chips. Eventually, eSIMs will become the standard for all phones. Instead of having to visit a shop or order a package online, you can change carriers in seconds.

Can my phone use an eSIM?

eSIMs can only be used in newer phones.

Currently, all iPhones from the iPhone 11 onwards (including the XS), iPad Pros sold after 2018, and Apple Watch 3 and up are eSIM compatible.

On the Android side, all Pixel phones from the 3a and 3a XL upward, the Samsung Galaxy S20, the Galaxy Fold, the Galaxy Flip, and the Motorola Razr foldable phone fully support eSIMs.

Google introduced eSIM support with the Pixel 2, but only on their Google Fi network.

All future iPhones and Pixel phones will be eSIM compatible, while an increasing number of flagship phones from the other makers will start to feature eSIM support. One day soon, physical SIMs will be as mysterious as floppy disks are to the generation born post-2000.

For each country, there are two types of eSIM: domestic carrier eSIMs, which are country specific, and global eSIMs, which, as the name suggests, can be used anywhere.

At the moment, domestic carrier eSIMs in Japan are only available with long-term contracts, so they aren’t an option for visitors. However, there are global eSIMs available that can be used in Japan.

How to add an eSIM

On an iOS device, go to Settings -> Cellular data -> Cellular Plans -> Add a New Plan. Then, the eSIM can be added by either scanning a QR code or adding the details manually. There are a few gotchas if you are using a Japan-purchased device, which we will mention in our review of eSIM.net below, but if you are using a global eSIM, you need to make sure that “Data Roaming” is set to the “On” position.

We were able to test a global pay-as-you-go (PAYG) eSIM from eSIM.net using an 11 inch iPad Pro, which is eSIM compatible.

Note: Your experience using an Android device might be slightly different, but the performance information should be valid.

Initially we had some issues scanning the QR code, but that seemed to be due to the flakiness of iOS rather than a problem with the QR code. Even if you have issues with the QR code, entering the “SM-DP+ Address” and the “Activation Code” supplied by eSIM.net is straight forward.

At this point, we had a new carrier called “TIM” under our cellular plans. This should have been all that was required, but we ran into a simple setting issue and an issue particular to iOS devices purchased in Japan (which shouldn’t be an issue if you are bringing your device into Japan). First, since it’s a global eSIM, we needed to set “Data Roaming” to “On”. This can be quite scary, but as long as the eSIM is selected and not your carrier from home, you won’t go home to a cellular bill bigger than all your other holiday expenses put together.

The problem we hit that is specific to Japan devices was due to Japanese mobile carriers requiring you to install a profile that changes APN settings, etc. The profile was on our device from before, so that we could use the existing hardware SIM on the iPad. The way to stop this profile was simple: delete it. After that, we were able to use mobile data on the iPad normally. It was easy to see that it was working since our signal switched from the usual Docomo 4G network to Softbank’s 4G network.

To get some more objective data, we did some speed tests on speedtest.net to see how the eSIM performed. We did three tests in a row to make sure we didn’t get any anomalous results. Download speeds were fairly consistent at about 36 Mbps, while upload speeds were slightly above 5 Mbps, but ranged from 2.9 Mbps to 9 Mbps.

One notable thing, perhaps due to the roaming, was the slow ping time. The ping time measures how long it takes for your handset to get a response when it asks for something. Ping time was quite consistent at slightly over 500 milliseconds.

If you’re wondering what all that means, let us give you some context. We ran the same tests later (unfortunately not at the same time) using our hardware SIM from a Japanese carrier. Download speeds were slightly better at about 40 Mbps and download speeds were around 8 Mbps—not a huge difference to the eSIM. However, ping time was around 50 milliseconds—about 10 times faster using the physical SIM. This is likely because eSIM.net is a UK-based eSIM, so the request does a round trip through the UK. (Note: You get a UK phone number which you can use to call locally and send SMS.) For casual users, that shouldn’t make a big difference, but if you are doing something that requires low latency—such as live streaming or gaming (not sure why you’d do this on your phone while on vacation) then the 500 millisecond latency might be a problem.

The eSIM.net SIM is PAYG, so you load money onto it and your balance goes down as you use data or make calls. To give you an idea of how this might work, there are different data and calling charges depending on the network you use. SoftBank is cheaper than Docomo, so you should make sure that your phone stays on the SoftBank network.

They have a rate calculator with the latest data and calling rates. As of writing the rates were $US0.0172 per MB on SoftBank and $US0.0218 per MB on Docomo. For outgoing calls in Japan, the cost is $US0.7206/minute while roaming on Docomo and $US0.1789/minute when roaming on SoftBank.

Assuming that you don’t make any calls and that you roam on the Softbank network, a US$10 starter credit will get you 581.3 MB of data. When your data has run out, you can top up through the website.

eSIM.net isn’t the only global eSIM provider. There are plenty of others such as Truphone, Gigsky, Redtea Mobile, and MTX Connect, but we haven’t tested those providers yet.

How do eSIMs compare to regular SIMs or pocket wifi?

Based on our test of the global eSIM from eSIM.net, we identified the following pros and cons of using an eSIM for travel in Japan.

As Japanese carriers jump on the eSIM bus, the advantages of eSIMs will be obvious.

This article contains some affiliate links so that we can continue providing this content. Affiliate links do not mean that we endorse the merchant. Information is subject to change.