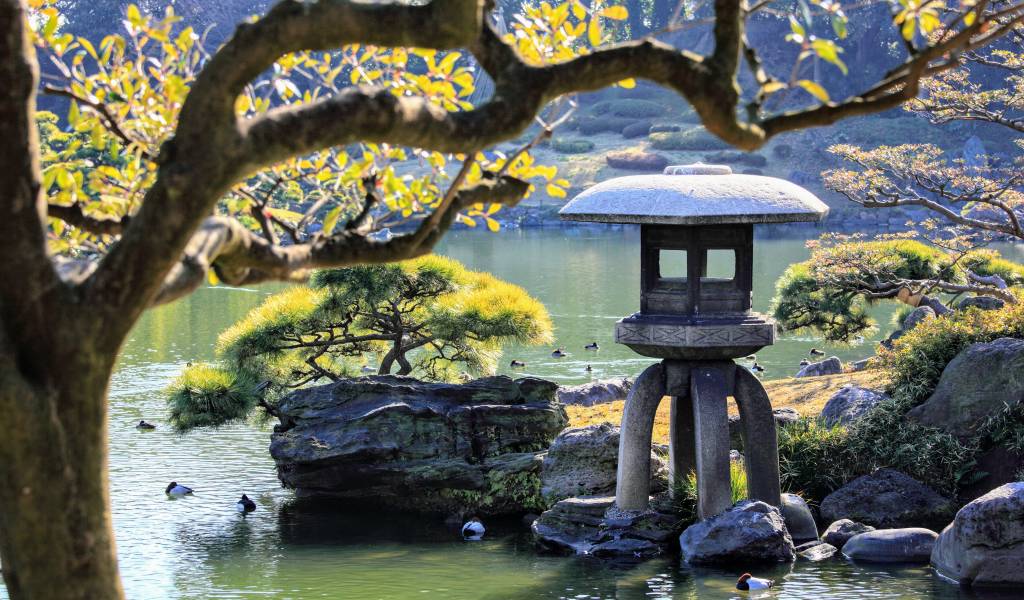 An historic garden in the Fukagawa neighborhood in Eastern Tokyo, Kiyosumi was originally the residence of an Edo merchant before a feudal lord transformed it into a garden. Later, in the Meiji Period, the owner of Mitsubishi bought it and later donated it to the government. The garden features landscape stones sourced from across Japan, including stepping stones you can use to cross the pond—just look out for watery creatures below. There are dry waterfalls, three islands and a tea house in the grounds which are just over 80,000 square meters.