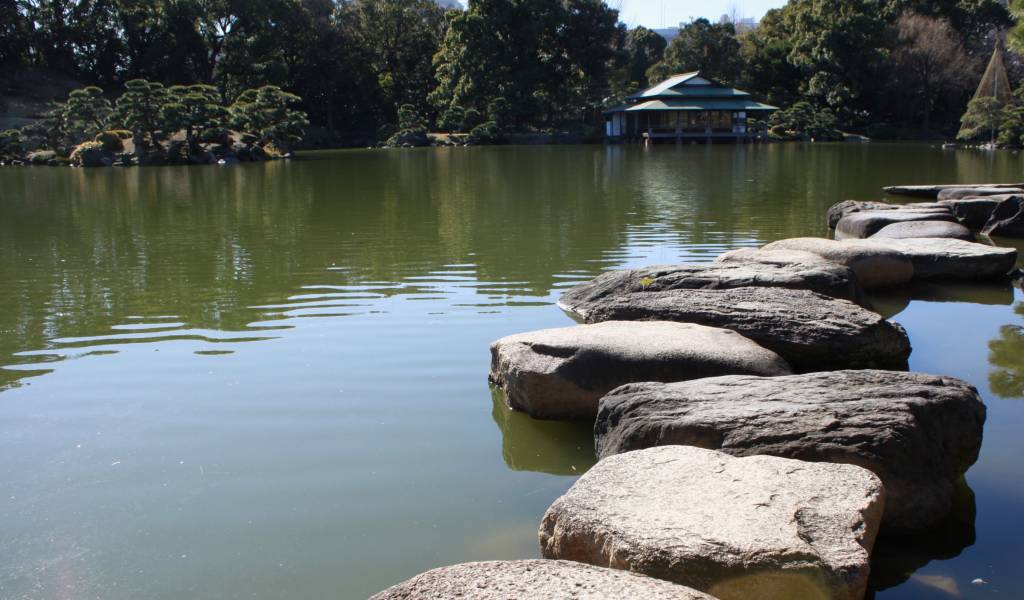 Kiyosumi Garden: An Island of Tranquility in East Tokyo

Kiyosumi Garden is a wonderful, serene remnant of the stately gardens that were once abundant throughout Tokyo.

While you could wistfully wonder what if all those beautiful gardens could have been preserved, the reality is that most were incredibly expensive to build and maintain. All it took was one of the once-a-decade conflagrations that plagued the citizens of Edo to burn your lovely garden to a crisp.

One of the reasons that Kiyosumi Garden remains is due to the largesse of Iwasaki Yataro—one of the founders of Mitsubishi. Although a garden had probably existed in the spot from the early 18th century, Iwasaki ploughed Mitsubishi funds into the garden to make it the most representative example of a kaiyu (circuit)-style garden during the Meiji period—with stones brought to the garden from throughout the country and water filling the ponds from the nearby Sumida River.

The garden’s interesting history doesn’t stop with the Mitsubishi connection, it also served as a refuge from the raging inferno that razed the surrounding neighborhood following the Great Kanto Earthquake of 1923. Twenty-thousand residents were spared as they waited out the fire in the garden’s pond. Just a little further to the north, 40,000 people perished when they took refuge in another park—so the residents of Kiyosumi owed a lot to Iwasaki.

Not long after, the garden was taken over by the Tokyo Metropolitan Government, opening to the public in 1932.

The centerpiece of the garden is the ryotei—the pavilion that sits on the edge of the pond. Unfortunately, entry to the pavilion is closed except for special events.

Aside from the trees, ponds and structures, the garden has abundant bird life including cranes and ducks.

A leisurely circuit with plentiful breaks for contemplation and composing haiku should take about 90 minutes. Aside from the garden, there are other attractions in the neighborhood. The Fukagawa Edo Museum is only a 5-minute walk from the garden and there are also numerous coffee roasters in the area.

Getting to Kiyosumi Garden

Exit Kiyosumi Shirakawa Station on the Hanzomon or Oedo Lines via exit A3. The gardens are directly across the road and slightly to your left. The closest crossing is to your right. Cross there and follow the signs. Entry to the garden is 150 yen for adults, 70 yen for seniors and free for kids 11 or under.