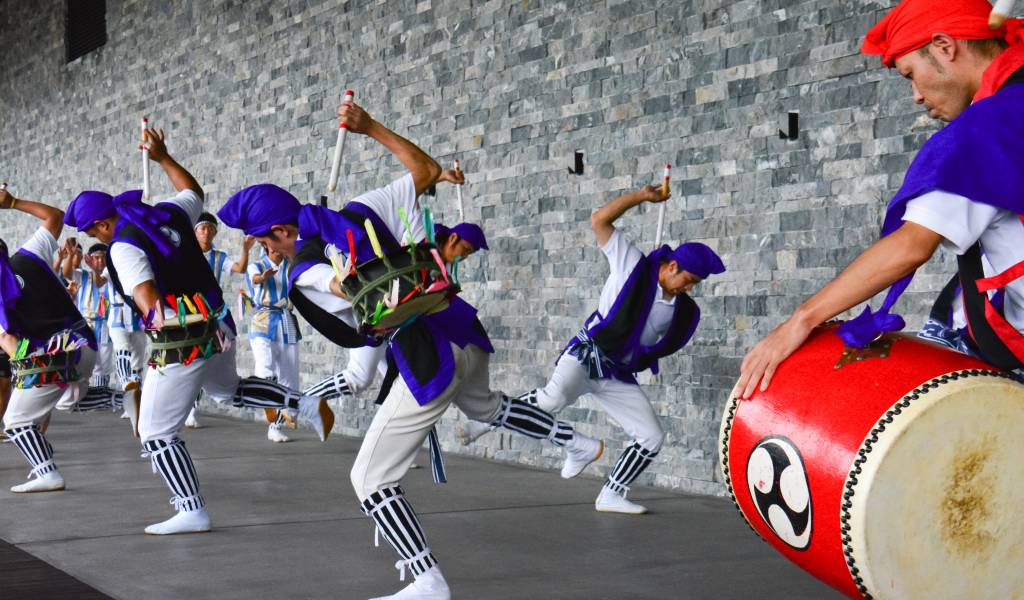 July marks the start of summer festival season, so while festival mania won’t have hit fever pitch quite yet by then, we’d say that July should be more eventful than rainy and humid June. For starters, many fireworks festivals—including the famous, long-standing Sumida River Fireworks Festival—will take place in July. But that’s not all—we’ve listed a few other events worth checking out:

Taking place on the seventh day of the seventh lunar month, Tanabata—the Star Festival—celebrates the once-a-year meeting of the cowherd Hikoboshi and weaving girl Orihime (aka the stars Altair and Vega). While it’s common to celebrate Tanabata on July 7th, the celebration date may vary depending on the area (though they all take place sometime in between July and August).

One Tanabata festival worth attending is the Shitamachi Tanabata Festival. The festivities take place along a stretch of the road that’s around 1.2 km long, from Ueno to Asakusa’s Kappabashi Street (a.k.a. Asakusa’s Kitchen Town). Asakusa, however, will be the center of festivities, so it’s best to get there from Asakusa Station. On the 4th and 8th, there won’t be much to do other than the usual Tanabata practice of writing wishes on paper strips.

The weekend is when you’d want to check out this festival, as there will be a parade from 1 pm on Saturday. It will feature rickshaws, police motorbikes, street performers, and more. Meanwhile, on Sunday, visitors will be treated to dances and other performances, as well as a flea market. And of course, on both days, there will be food booths for everyone to enjoy some grub. 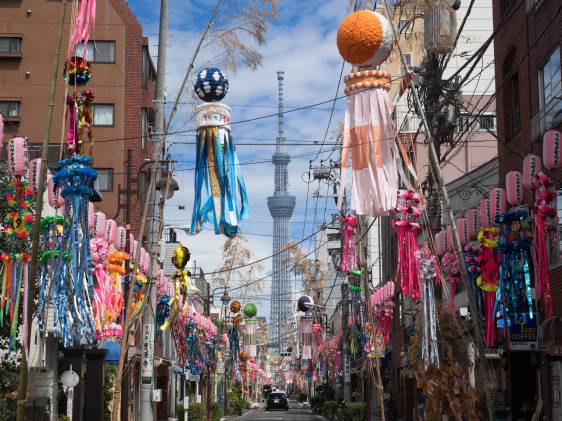 It may be ironic that an ocean/beach-themed festival will take place in Yoyogi Park, which isn’t even anywhere close to the waterfront, but hey, not everyone has the luxury of time and/or money to go to the beach! (Besides, Japan’s best beaches—down south in and around Okinawa—are quite expensive to get to.)

Billed as Japan’s largest beach-themed market, Ocean Peoples Tokyo is a gathering of, well, people who love the ocean—not only the fun things associated with it, but also saving the waters and keeping them clean. With food, beach-themed goods, and feel-good music, this event guarantees good vibes for visitors of all ages. 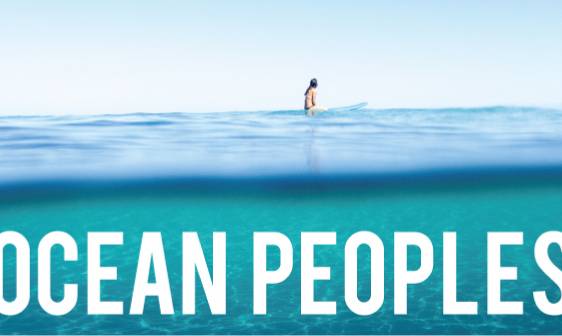 With Hawaii being a popular destination for Japanese tourists, as well as Japan and Hawaii having some cultural connections, it’s no surprise that Tokyo has its share of Hawaiian festivals. This summer, chill and try to imagine that you’re on a Hawaiian beach with Ikebukuro’s Tokyo Hula Festa.

The 19th is the pre-event night, while the main event starts on the 20th. Hula performances from different competing teams will be held in various areas around Ikebukuro, with the main area being Ikebukuro West Gate Park. (There will also be performances in Sunshine City and Tobu’s Sky Deck Square, among others). The event will have hula workshops, for which advance registration is required. If you can’t make it to the workshops, you can still get your hips moving by joining the Hula Night, where anyone—regardless of skill level or experience—can try dancing the hula on stage. Don’t worry, you won’t be alone—it’s going to be a group performance!

The laid-back neighborhood of Kagurazaka is known for its refinement. With a rich history as a former geisha quarter, it still retains the atmosphere of ancient times—paved roads, back alleys with tea houses and other gems, and all while being dotted with stylish modern shops and cafes.

Every year in late July, Kagurazaka celebrates its biggest festival with all sorts of typical activities for the season: a market selling hozuki (lantern plants, so called for their shape and color), goldfish scooping and other traditional games, refreshment stands, and more. Drop by in yukata, and you can receive discounts, freebies, and/or other special offers from some establishments. (Don’t know how to wear a yukata? In previous years, volunteers have offered yukata-dressing services at this festival.)

Not to be missed is the Awa Odori competition, held at night on the last two days of the festival. An offshoot of the Bon Odori, a dance typically performed in summer to welcome the spirits of deceased loved ones, the Awa Odori is known for alternating between frenetic and slow movements. As the performances come to an end each night, spectators are welcome to join in and dance along. Just follow everyone else and don’t worry about having two left feet! 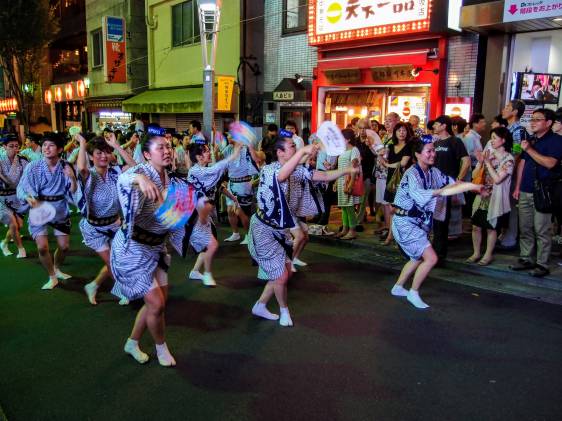 This is your chance to see eisa, Okinawa’s traditional dance, without having to travel to Okinawa. Featuring brightly clad performers dancing, singing, and chanting to the accompaniment of drums and the sanshin (a three-stringed instrument that originated in Okinawa), eisa is an upbeat, colorful, energetic spectacle. It offers a different feel and sound from many other Japanese festivals, and the different teams performing at this festival will surely not disappoint. This is one of Tokyo’s popular summer festivals, so expect crowds gathering to watch the performances. Arrive as early as possible. 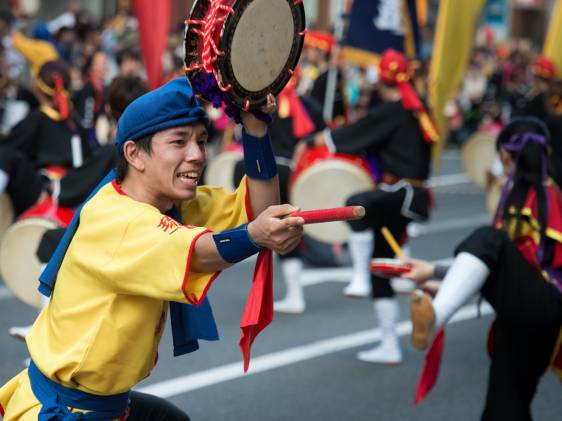 30th Jul, 2022
Free
Read more
Asakusa Ikebukuro Ryogoku Shinjuku Ueno
Written by: Tiffany
Filed under: Events | Things to do
Tags:
Sharing
Questions or comments about this article?
Start a thread on our community forum
Ask our local experts about Tokyo