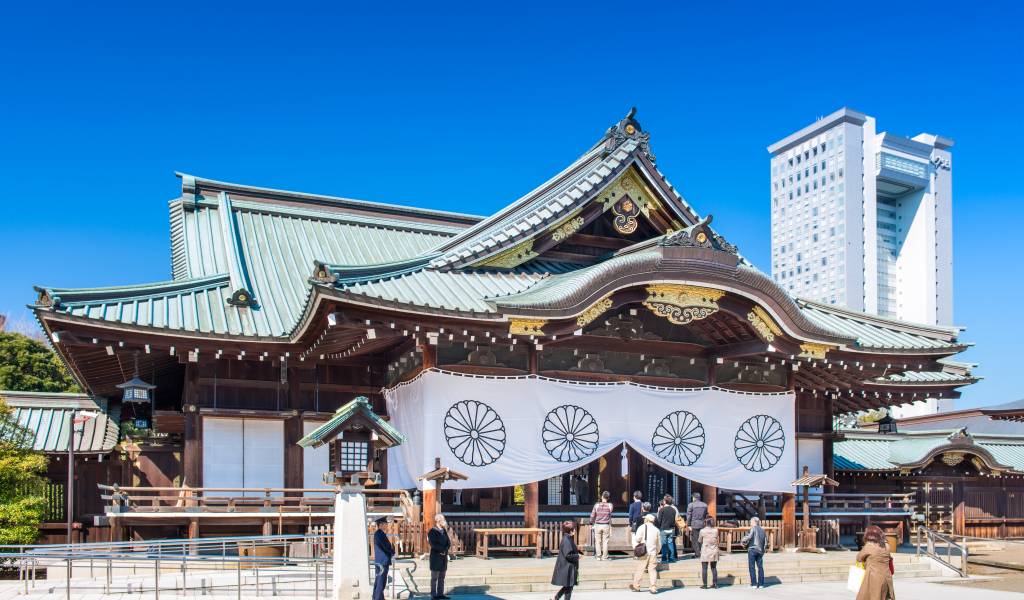 Yasukuni is an important but controversial Shinto shrine that commemorates Japan’s war dead.

The shrine was founded by Emperor Meiji in 1869, originally commemorating those who died during the Boshin War, which marked the end of the Tokugawa Shogunate. The shrine eventually commemorated those who died in subsequent wars, including World War II. The names, burthplaces, birth dates, and places of death of more than 2.4 million men, women and children are listed.

The controversy arises from the listing among these of more than 1,000 convicted war criminals. Visits by Japanese Prime Ministers and prominent Japanese politicians to the shrine usually draw protests from neighboring countries that suffered under Japanese military occupation.

The shrine is a popular spot for hatsumode—the first shrine visit of the year. The most popular festival at the shrine each year is the Mitama Matsuri, which takes place in mid-July.

There is a museum next to the main hall called the Yūshūkan which adds to the controversy with a number of historically revisionist exhibits.