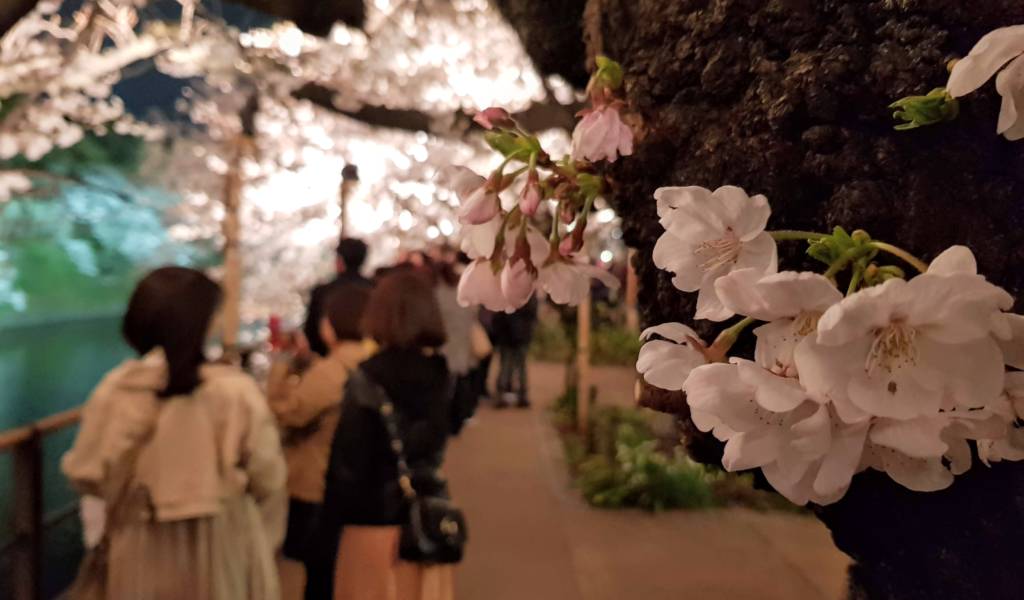 Cherry blossom looks great against a blue sky, but why let nightfall put a stop to your floral-appreciation? Here are some of the best places to see sakura after dark in Tokyo.

Japan can’t get enough of its iconic sakura (cherry blossoms) — people don’t just view them during the daytime, but also at night! They even have a term for cherry blossoms at night: yozakura. The lanterns or lights may be simple, just enough for the flowers to be seen in the dark, or fancy enough for the blossoms to give off an ethereal glow.

Some places even have enough space for picnics, and may have food stalls for a festival-like atmosphere. So why don’t you bring your camera and head to these places — listed in no particular order — in Tokyo from late March to mid-April?

Swanky Tokyo Midtown, meanwhile, also has illuminations in the evening in the complex’s Hinokicho Park and elsewhere as part of the Midtown Blossom event. 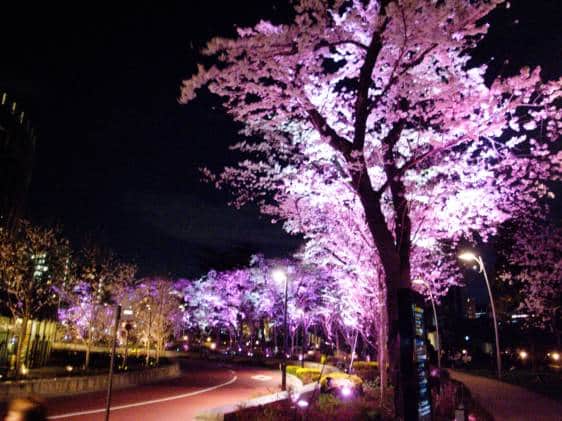 The mature cherry trees lining the roads around Roppongi’s Spain-zaka are amongst the most spectacular and least known in Tokyo. While there aren’t really any places to put down a mat for a picnic, the area is great for an evening stroll.

Spain-zaka runs up the hill next to Ark Hills from Roppongi-dori towards the Embassy of Spain. To get there, take the Ark Hills exit from Roppongi-itchome Station and follow the modest crowds.

Visit historic Asakusa to see this park by the river, where you can have a picnic underneath illuminated cherry blossoms and see Tokyo Skytree. The Sumida River has been a famous cherry blossom festival spot for centuries, with over 600 trees in the park alone. You can take a ride on a traditional yakatabune boat before the evening illuminations begin. 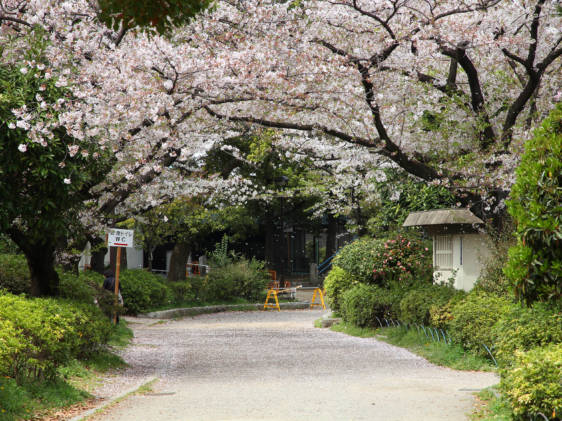 This quiet neighborhood in Koto Ward has a low-key vibe, but it’s a great place to check out during cherry blossom season, as it hosts the Oedo-Fukagawa Sakura Festival. However, due to the ongoing pandemic, the festival will be significantly scaled down this year. The only festivities will be an illumination of the blossoms in the evening from 5pm to 8pm. 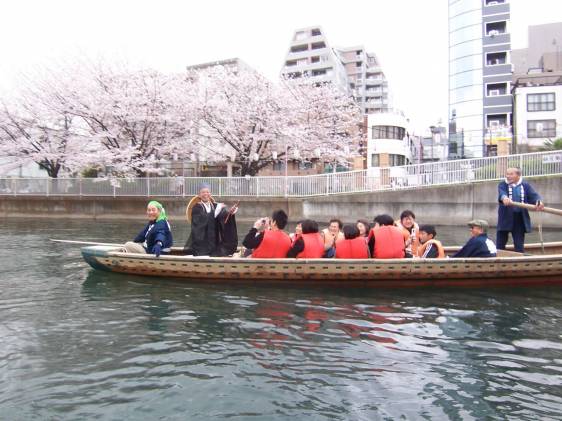 This is a special mention because it’s not exactly cheap. This luxury hotel has a beautiful garden that offers a spectacular view no matter what the season. Of course, it has cherry trees as well, which are lit up in spring. Their light-up often starts quite early compared to other events because their garden has kawazu sakura, which are early-blooming variants.

Since this is private property, if you want to see Hotel Chinzanso’s illumination, you’ll have to be a paying customer, which means booking a room and/or ordering something from their restaurants, lounge, or bar. One advantage of viewing illuminations here is that it likely won’t be crowded.

For other ways to enjoy cherry blossom season in Tokyo, see our How to Hanami guide.

While we do our best to ensure it’s correct, information is subject to change. This post was last updated on March 19th, 2022.