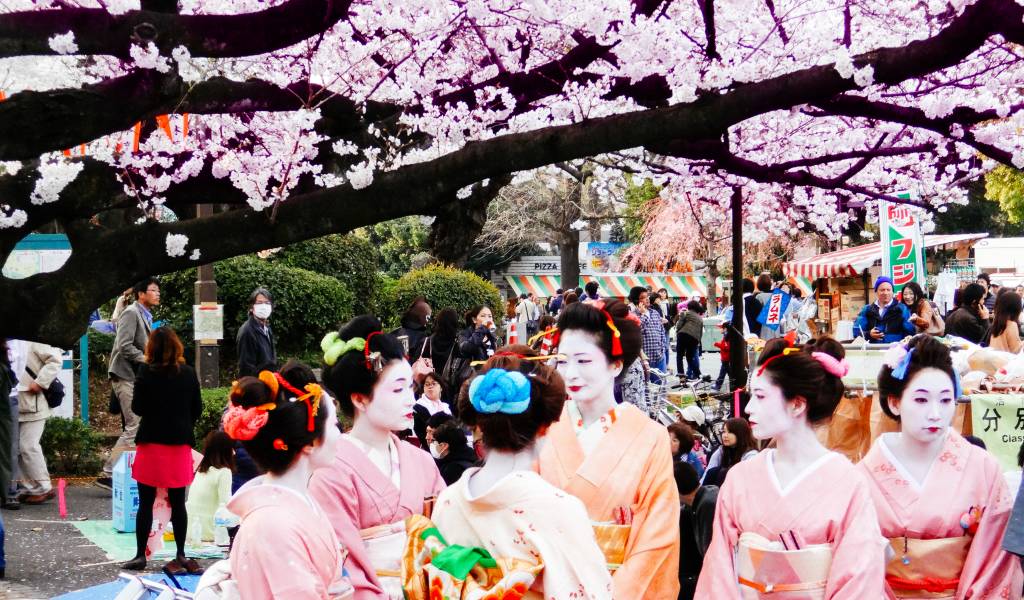 Ueno Park is one of Tokyo’s largest, with a large number of museums as well as numerous shrines, temples and religious monuments. It’s also a very popular (and crowded) spot for taking a picnic under the cherry blossoms each year.

Prior to the Meiji Restoration, the whole 53 hectare (133 acre) area of the park was the property of Kan’ei-ji—one of Tokyo’s most influential temples—with the powerful Tokugawa shoguns as their patrons. With the defeat of the shogunate, and Kan’ei-ji being the scene of the Battle of Ueno of the Boshin War, the temple grounds were confiscated and turned into Japan’s first public park.

Today, the park is home to a large number of museums, cultural facilities, a zoo, and religious buildings and monuments—many left over from the park’s time of being part of Kan’ei-ji.

Ueno Park has the biggest concentration of major museums in Japan.

While Kan’ei-ji these days is confined to a small area north of the park, there are a number of shrines and temples within the boundaries of the park. The most notable is Ueno Toshogu Shrine—an important shrine for the Tokugawa shoguns. Gojoten shrine, to the south of the ostentatious Toshogu, couldn’t be more different, with winding narrow paths and much more modest structures. There are two buddhist temples in the park that were connected to Kan’ei-ji, Kiyomizu Kannon-do (with a large balcony not unlike the famed Kiyomizudera in Kyoto) and Benten-do on an island in the middle of Shinobazu Pond.

Additionally, there is a grave near the main entrance to the park for the Shogitai—the loyal soldiers of the shogun (the losing side) who perished at the hands of the Meiji army in the Battle of Ueno.

You can easily spend a day just in Ueno Park—especialy a rainy day, as you can spend the day indoors moving between the many museums.