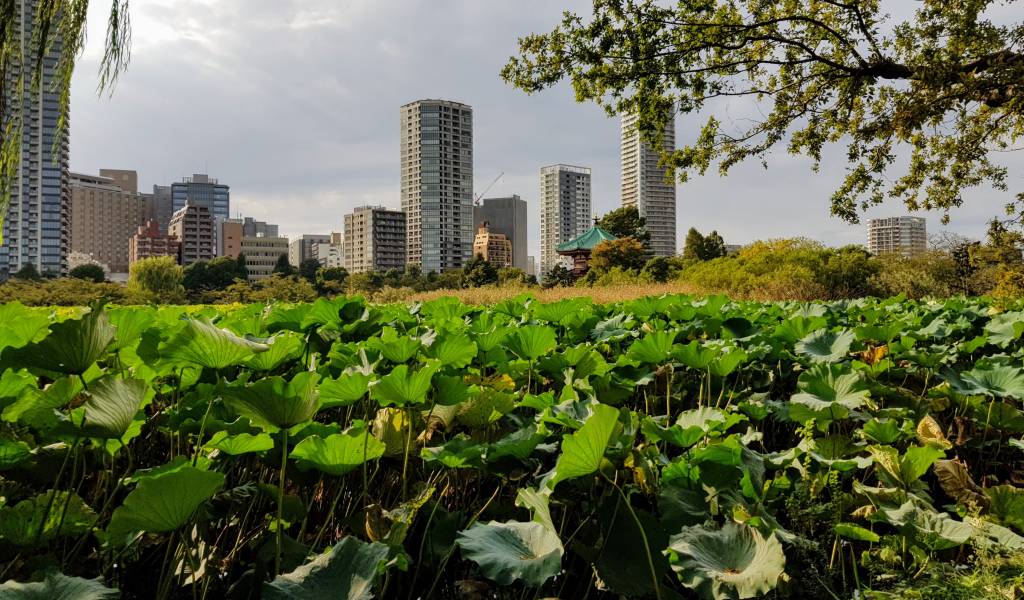 Shinobazu Pond is a large pond on the southwest corner of Ueno Park.

The pond is split into three sections. The lotus pond in the southeast, the Cormorant Pond in the northwest—which is inside Ueno Zoo, and the boat pond on the eastern side which is mostly free of aquatic vegetation.

In the middle of the pond is an island called Benten-jima with a small temple dedicated to the goddess Benzaiten called Bentendo. As with many popular sightseeing spots in Japan, it is rumored that if you cross the bridge to the island with your lover, that you are destined to part ways (other spots to apparently avoid include Tokyo Tower and the ferris wheel in Minatomirai).

There are a number of attractions surrounding the pond including the Shitamachi Museum in the southeast corner of the pond, Ueno Zoo to the north, and shrines Ueno Toshogu and Gojoten to the east.