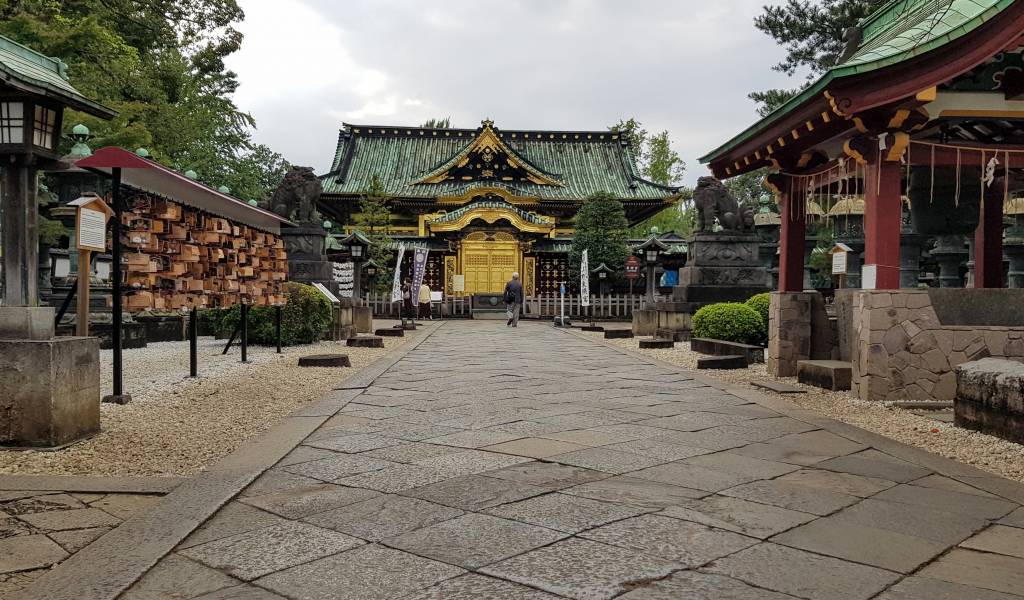 Ueno Tōshō-gū is a shrine built in 1627 by the Tokugawa Shogunate with three former shoguns enshrined within, including the very first in the long Tokugawa line—Tokugawa Ieyasu.

The whole area of Ueno Park was once a vast religious site and ritual venue for the Tokugawa shoguns. Consequently, the buildings such as the gold coated Ueno Toshogu Shrine, were intended as a show of their power and prestige. The fact that the whole area was quickly converted into one of Japan’s first public parks was a clear middle finger by the Meiji era government to the old order.

The original Tōshō-gū Shrine is located in the historical Tokugawa powerbase of Nikko in Tochigi Prefecture. After Ieyasu’s death in 1616, he was deified and shrines were dedicated to his diety, including Nikko-Tōshō-gū and Ueno Tōshō-gū. Also enshrined at Ueno Tōshō-gū are the eighth shogun Tokugawa Yoshimune and the very last shogun, Tokugawa Yoshinobu.

The main building was constructed by Ieyasu’s grandson Tokugawa Iemitsu in 1651. The shrine has remained in more or less the same condition since construction and is now designated as a Cultural Property of National Importance. To protect the interior of the main hall, members of the public are not permitted to enter.

The main hall is surrounded by a wall with intricate features and painting. To gain access to the inner part of the shrine, their is an admission fee of ¥500.