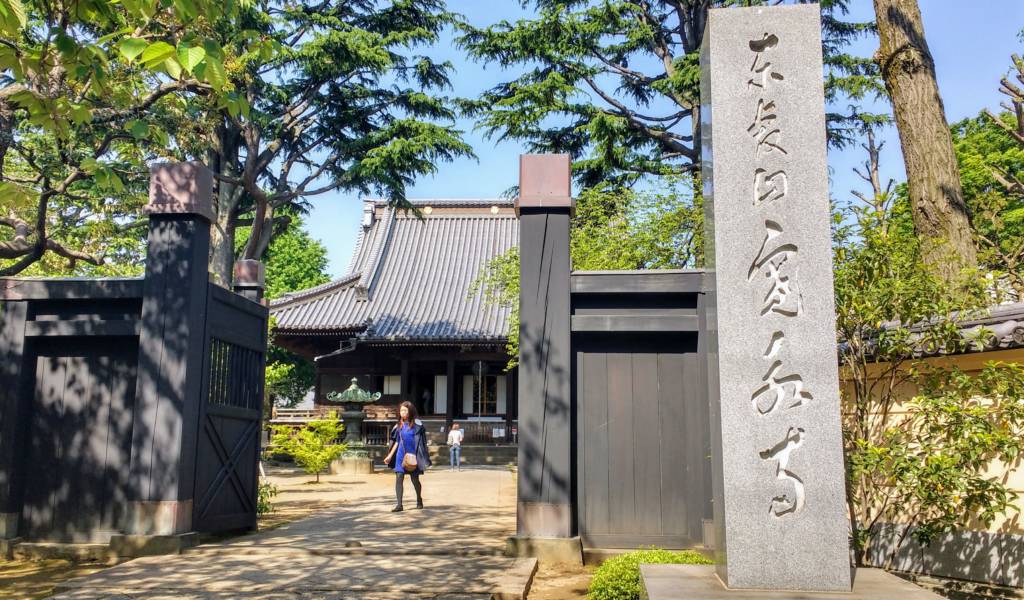 Kan’ei-ji (Kaneiji and various other spellings) is a prayer temple established by the Tokugawa Shogunate in 1625.

Later, it became one of the most powerful temples in Japan and served as a family temple to the shoguns. As a result, 6 former Tokugawa shoguns are entombed here. The temple grounds once encompassed all of Ueno Park and include buildings the Konpon Chudo (main hall), the Kansando, the Kiyomizu Kannondo, and the Shinobazu-no-ike Bentendo.

With the overthrow of the shogunate in the 1860s, the importance of the temple was much diminished with most of its grounds confiscated to form Ueno Park – one of Japan’s first public parks.

As such, Kan’ei-ji’s five storey pagoda is located hundreds of meters to the south in Ueno Park—right next to the entrance of Ueno Toshogu Shrine.

The Konpon Chudo is open between 9am and 4:30pm each day.