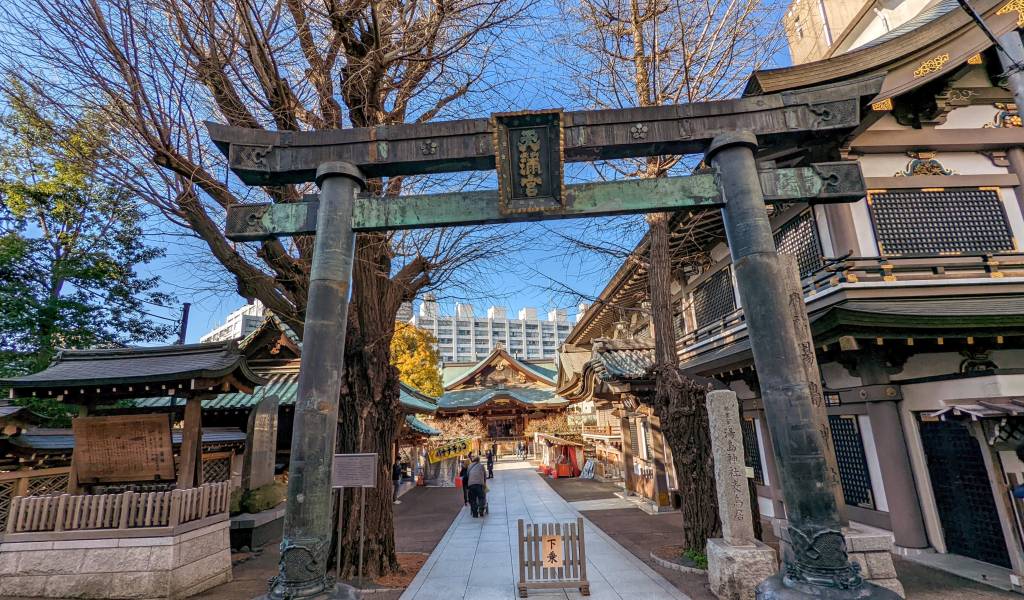 Established in the year 1355 and restored in 1478, Yushima Tenmangu (also known as Yushima Tenjin) enshrines poet and scholar Sugawara no Michizane–recognized in death as a god of learning and known as Tenjin-sama.

A date of establishment of 458 is sometimes mentioned, but many such dates in Japan from early in the first millenium are apocryphal. Entirely reconstructed from Japanese Cypress using traditional methods in 1995, the shaden (shrine main hall) is considered to be a fine example of Shinto architecture.

While many shrines are surrounded by cherry trees, plum dominates at Yushima Tenjin. The shrine grounds are home to approximately 300 plum trees.

There are two statues of cows within the shrine which are known as the “stroking cows”, so you might see some people giving them a pat. There is apparently a connection between the aforementioned Sugawara no Michizane and cows. Part of this seems to be connected with a saying attributed to Tenjin-sama asking for his remains to be transported on the back of a cow and for his grave to be the place where the cow stops walking.