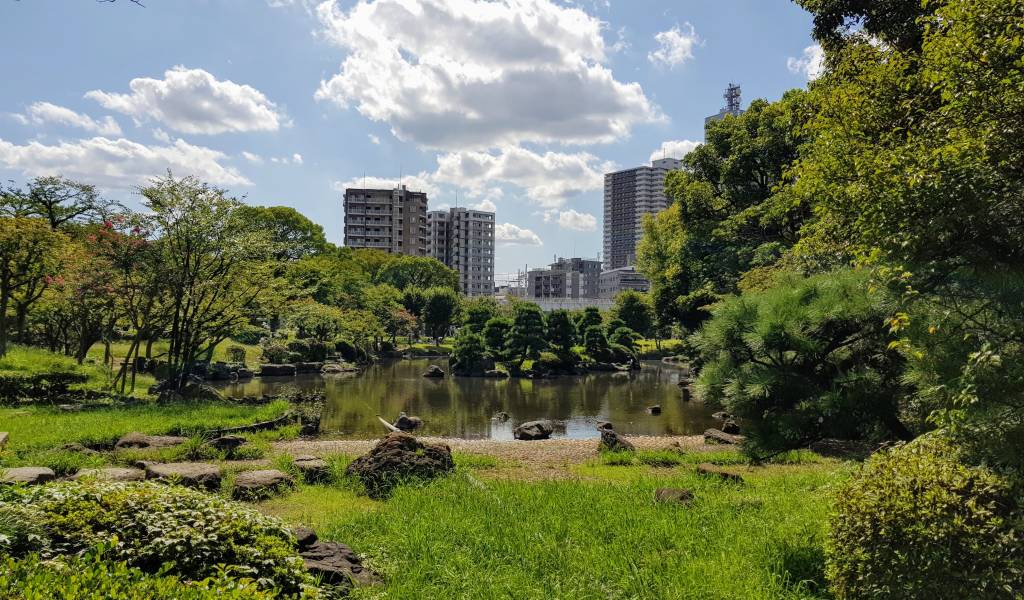 Sumida Park is a park located on both sides of the Sumida river adjacent to the Asakusa neighborhood.

The larger part of the park is on the east bank of the river—opposite Asakusa Station.

The southern boundary of the park is the elevated Tobu Isezaki Line train tracks. Underneath the tracks are a number of trendy shops and cafes, such as Deus ex machina.

The area next to the tracks is a wide open square with an area of grass—quite rare for a park in Tokyo. This area is often the venue for events.

The east side of Sumida Park (the part that’s on the same side as Asakusa Station) doesn’t really have many facilities, but it does have some space, and views across the river to the Tokyo Skytree.

The parks are connected by Azuma Bridge next to Asakusa Station and the Kototoi Bridge further to the north. You can also walk across the rail bridge—there is a public walkway beneath the tracks.