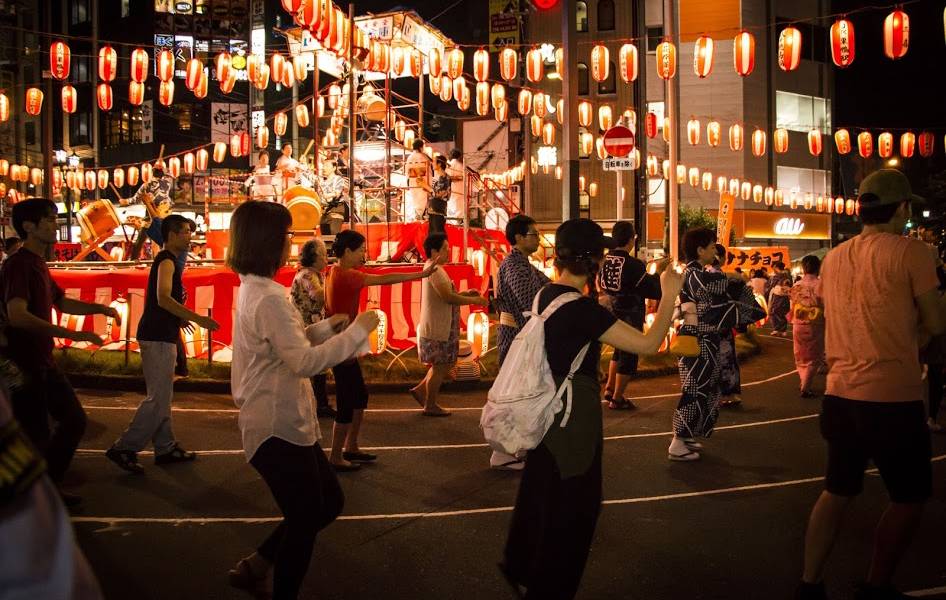 August marks the peak of festival season, but with the ongoing travails of COVID-19, that peak is more of Mount Takao proportions compared to the usual Mount Fuji. That said, August 2022 offers the best opportunity to break out that yukata and get a dose of summer festival action since pre-COVID times.

According to Japanese Buddhism, Obon (also known as Bon, or the Bon Festival) in August is the time of year when the dead visit the living. Bon dances, or Bon odori, are an offshoot of this belief, as these dances were held to welcome deceased ancestors. While most Japanese these days are not particularly religious, Bon dances live on, and that’s why August is (usually) filled with Bon festivals galore.

While more and more local bon-odori festivals are going ahead, most of the big ones are still on pause. A major exception is the event at Tsukiji Honganji Temple which is located adjacent to Tsukiji Station on the Hibiya Line. 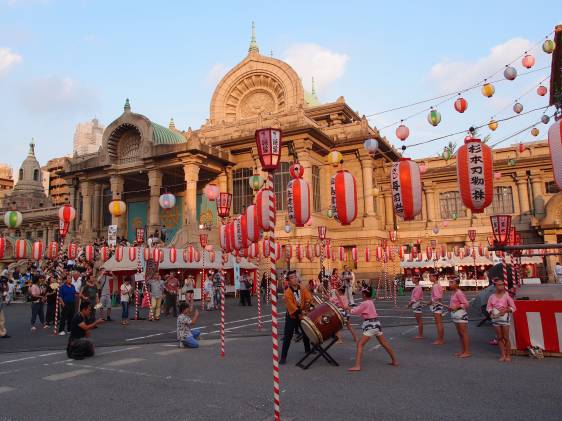 Asakusa Toro Nagashi is an event related to O-bon in which lanterns are floated out to sea on the Sumida River, lighting the way for spirits of the ancestors to return to the other side (the place where spirits live, not Chiba). 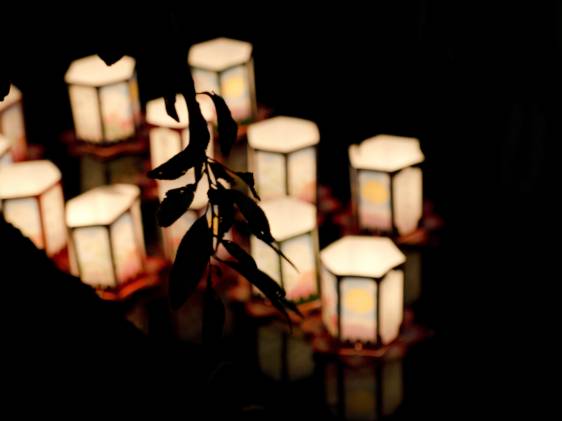 While the Fukagawa Hachiman Festival, also known as the Tomioka Hachimangu Festival, is held annually, it goes all out and holds a large-scale version of it every three years. The next big one isn’t until 2023, but as it is, it’s already a lively, huge event, so check it out anyway!

Going all the way back to 1642, this event is considered one of the three great festivals of Edo (the former name of Tokyo). Prepare to get wet here; this festival isn’t nicknamed the water-splashing festival for nothing! Its highlights are a procession of around 120 mikoshi (portable shrines)—including the shrine’s very own Ninomiya Mikoshi, which weighs as much as 2 tons—and the splashing of performers and visitors alike with water. The water is believed to have purifying purposes, but whether or not you believe that, the festival is a fun way to cool off and beat the summer heat.

There are also smaller processions, activities, and performances in the days leading to the main ceremony on the 14th. Details are still TBA as of this writing, but typically, while the main ceremony is always on the 15th, the water-splashing action takes place on the weekend—which, this year, will be on Sunday, August 14.

The fireworks at Jingu Stadium are back for the first time since 2019. Although not as spectacular as some of the seaside and riverside events, the Jingugaien event is easily accessible from central Tokyo and usually affords plenty of spots around the stadium to get a free view of the show. Most fireworks events remain canceled, so this is certain to be a popular event.

The gourmet paradise that is the Azabu-Juban Noryo Festival will return for the first time since 2019. Organizers say that it will be scaled down due to COVID, but it’s not clear what this means. Held on the streets of Azabu Juban, the event attracts huge crowds. If it’s being scaled down, hopefully they don’t run out of food and drink!

You’ll probably need an umbrella for this event as we’re yet to attend a non rain-affected Azabu Juban Festival.

August events going ahead with restrictions

The following events are going ahead but with severe restrictions on ticketing (you’re probably too late to get tickets already) and venue capacity.

The following events have all been either canceled, or they’ve just disappeared over the last three years.

And if these still aren’t enough for you, you might want to check out a fireworks festival or two.