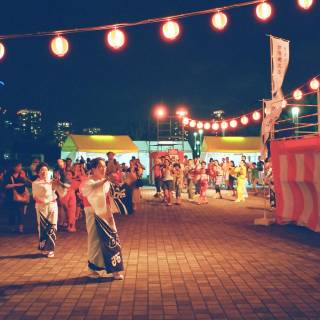 Join the yukata-clad masses in the annual bon dance tradition at Rinko Park—in the shade of the skyscrapers on the Yokohama port waterfront.

If the dancing tires you out, there’s also a beer garden and beautiful views of the illuminated Yokohama Bay Bridge to keep you occupied.