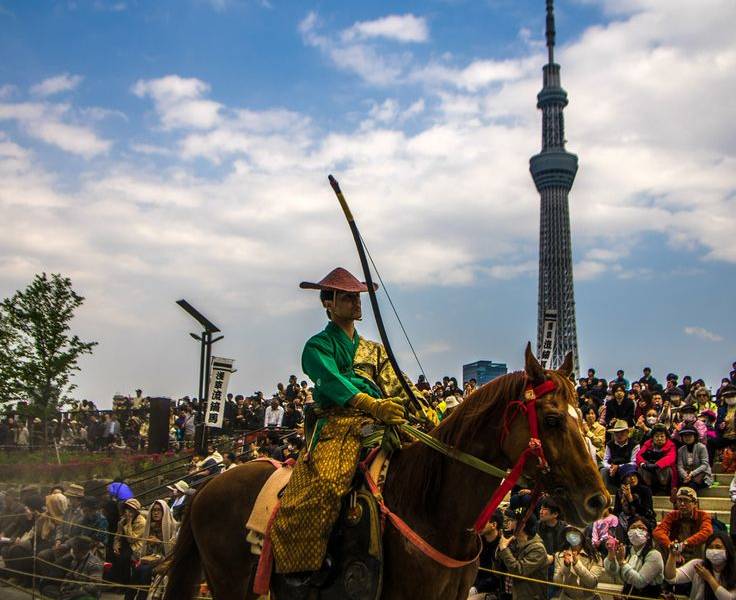 Early spring is usually a bustling, eventful time, what with the many events and festivals dedicated to Japan’s beloved, iconic cherry blossoms, which mark the start of the season. This year is a little different however, with Covid-cancellations closing down the majority of events.

We have left our usual recommendations below for those planning 2021 (or just intent on imagining the best events this month) with two potentially going ahead – Earth Day and the Wan Wan dog festival. There are some alternative, smaller events expected to go ahead however. If you don’t fancy the crowds, then here are some alternative ideas for what to do during the cancellations.

It’s that time of the year again—the infamous Kanamara Matsuri, better known as the “Penis Festival” is back. While the event has certainly gotten bigger and more crowded over the years, it’s interesting to note that the event seems better known among foreigners than locals. It’s actually more of a quirky fringe event that garners enough media attention than a festival that’s known to the mainstream public. Still, we won’t judge you if you want to check out the festivities for yourself!

The highlight of the event is a procession in which three steel phalli—in honor of a blacksmith who used a steel phallus to kill a demon living in a woman’s naughty bits—are paraded around the neighborhood. The side attractions and activities, such as a radish-carving contest (guess the shape you’re supposed to carve them into) are also quite popular. Genital-shaped candy is a crowd favorite, with long lines forming at booths that sell them.

Have fun, but don’t go too wild—wacky as the event may seem, it still does have a religious element to it, after all, and definitely don’t use the fact that it’s a sex-related festival to harass others! 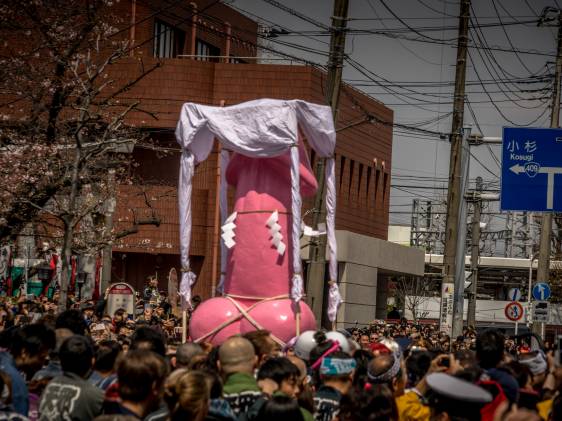 The Ichiyo Sakura Festival is a tribute to a kind of late-blooming cherry blossom called ichiyo, as well as to Yoshiwara, the famous pleasure quarter of Edo (the ancient name of Tokyo).

The star of the festival is the Oiran Dochu parade, the route of which includes the ground on which Yoshiwara once stood 400 years ago. A reenactment of oiran (courtesan) processions, the Oiran Dochu, with neighborhood residents dressed as oiran and their attendants, is a colorful sight to behold.

Aside from the parade, the festival will also feature a kabuki performance, traditional dances, stage shows, and a flea market. To get an idea of what the event is like, read fellow cheapo Grigoris’s write-up here.

Something to note, though, is that the event is small, and that Asakusa residents might not even be familiar with it. If all else fails, head north of Sensoji and look for Asakusa 4-chome and 5-chome.

Note: this event will be held on Apr. 14th in case of rain on the 13th. It may, however, be canceled if the weather is particularly bad. 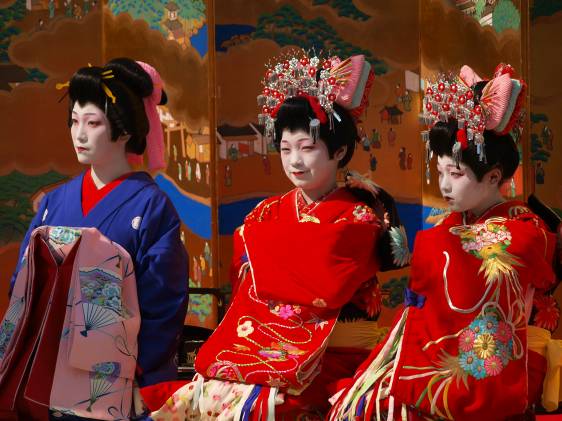 This event is going ahead so far, but we suggest checking offical accounts before attending.

If you love dogs, doggos, doges, puppers, or whatever you call them, head on to Yoyogi Park to see some real good boys at the Wanwan Carnival (“wanwan” being the Japanese term that kids use to refer to dogs). Bring your good boy/s too, if you have some of your own.

With activities and attractions such as a dog cafe, opportunities to meet therapy and rescue dogs, free check-ups and nail trimming services for your dog, contests, and games, this is the perfect event for dog lovers. Additionally, there will be a “Wanwan Shopping Mall”—that is, rows of booths selling doggy treats and other goodies for your canine friends. 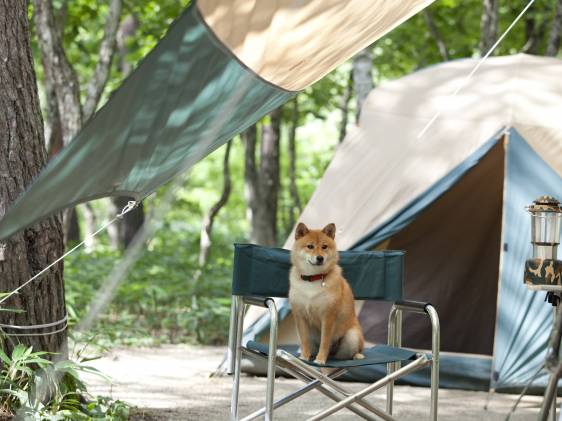 If you think regular archery is already challenging enough, wait until you see yabusame (horseback archery); you’ll gain a lot of respect for the marksmanship of yabusame archers. Since there are two upcoming yabusame events that are unrelated but taking place on the same week, we’ve included them both:

A yearly tradition since 1959, the Kamakura Festival is Kamakura’s major spring festival. Activities under this week-long event mostly take place on the grounds of Kamakura’s famous Tsurugaoka Hachimangu Shrine. You won’t want to miss the yabusame performance, which takes place on April 21 from 1:00 pm. Other activities held on other dates include a kyudo (Japanese archery) competition (date and time undisclosed), traditional dances, and more. 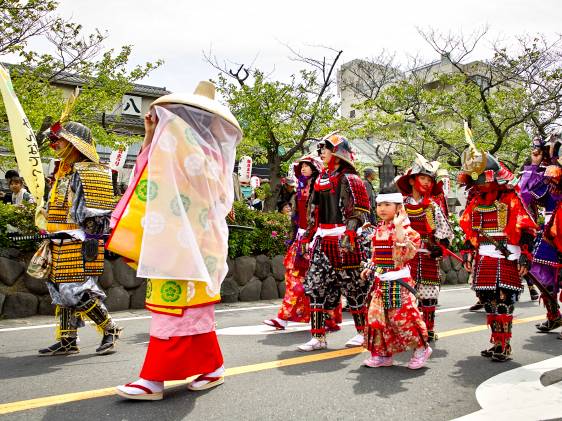 But if Kamakura’s too far for you, here’s where you can see yabusame without having to take a day trip to Kamakura (sadly, not for free, though):

This event starts with a kusajishi ceremony (from 11:45 am), in which archers (on foot, not on horseback) shoot a deer-shaped target made out of grass. After that is the much-awaited yabusame (from 1 pm).

Due to the thick crowd that this event typically attracts, the organizers highly recommend buying a ticket (¥3,000, which includes a souvenir) for a seat, and you can do so by calling 03-5246-1447. Only 550 seats are available.

Otherwise, there’s always the free viewing area, but the organizers reserve the right to restrict entry for safety and crowd control, so it’s best to get there early—before 11 am—to be sure. 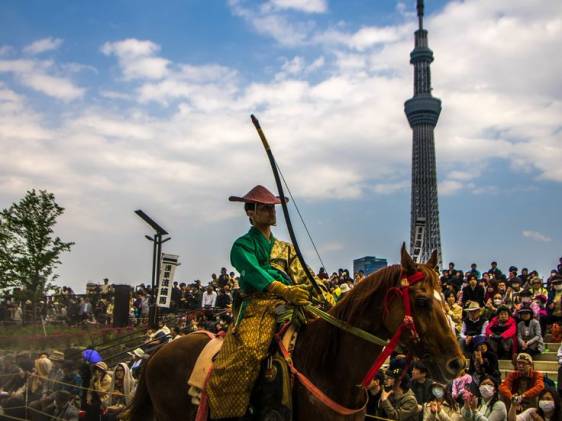 This event is going ahead so far, but an announcement will be made on March 25th.

Join the rest of the world in celebrating Earth Day by visiting Yoyogi Park on April 21st and 22nd. There will be a flea market filled with eco-friendly products, and you can take your pick from a range of healthy, GMO-free food. (If you’re vegan and/or into the organic food movement, this is the event for you). If you want to chill, there’ll be music and performances, and if you want to volunteer for environmental causes, you can network with various NGOs, NPOs, and citizen groups. 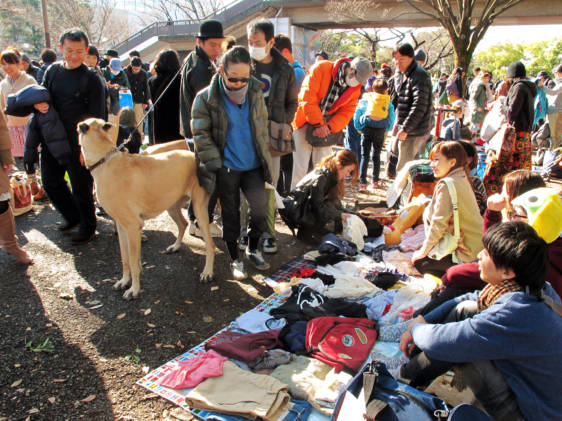