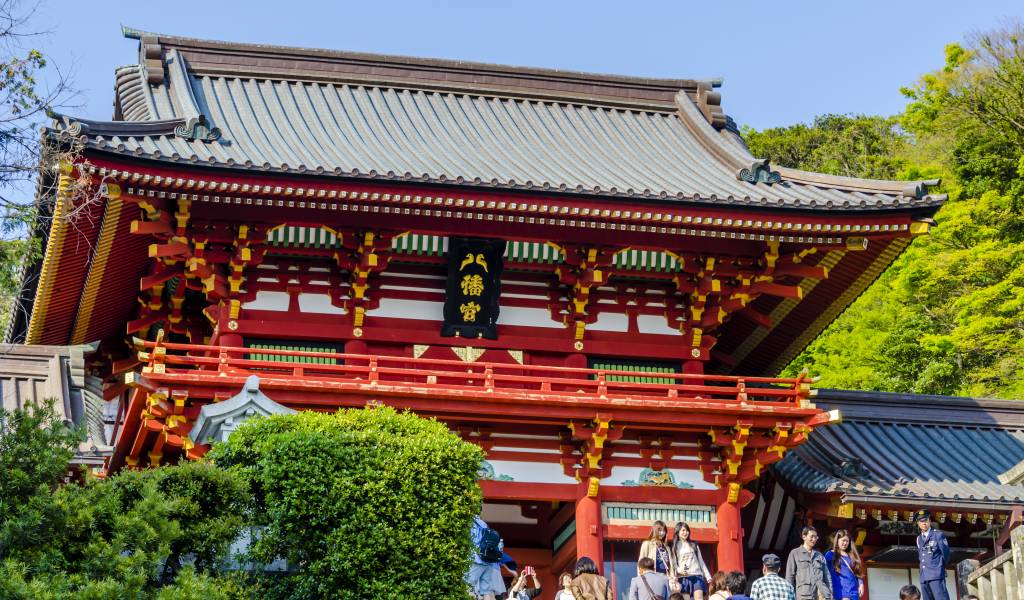 The most important shrine in Kamakura, the Tsurugaoka Hachiman is as easy to miss as it is young. With a cherry-blossom-lined pathway leading through the city centre, you will be led straight to its steps. You may notice two ponds on either side of the entrance: the left pond with three islands represents the Minamoto clan whilst the other represents their arch enemies, the Taira clan with 4 islands (four sounding like death in Japanese).

The temple was founded in 1063 before being modified and moved to its current site in 1180 by the founder and first shogun of the Kamakura Government, Minamoto Yoritomo.

Dedicated to Hachiman, the family’s patron God, the Shrine grounds feature a stage, a main hall with a terrace, a shrine museum and a secondary shrine.