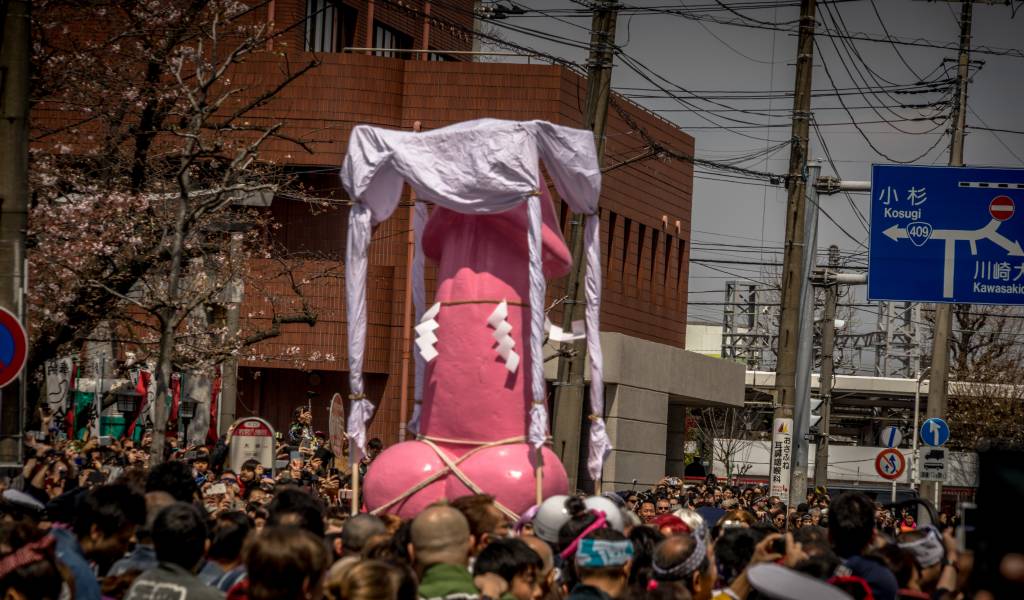 Pic: iStock.com/Joshua Hawley
Sharing
We are yet to confirm the dates and details of this event.
Due to the ongoing pandemic, this year’s penis festival will, tragically, not be a public event. The shrine is planning to do something online, which they will announce on their twitter feed. The festival market, however, will be happening. Head to the shrine grounds on April 3rd, 9th, or 10th between noon and 5pm for penis-themed sweets and more.

Yes, you read the title right. The Kanamara Festival (aka the Penis Festival) at Kanayama Shrine in Kawasaki features phallic images in everything from the decorations to snacks (as well as your regular festival food). There is also a mikoshi (portable shrine) parade of numerous giant phalli around noon. Men in drag carry the pink “Elizabeth Mikoshi,” donated by a drag queen club called Elizabeth. Profits raised from the event go to HIV research.

I love this, but why is the penis festival a thing?

Here’s some backstory. Kanayama Shrine was popular with sex workers from the local tea houses who prayed for protection from sexually transmitted diseases. The gods of mining and blacksmiths, Kanayamahiko and Kanayamahime, respectively, are enshrined in it. This might sound totally unrelated to phalli; however, Japanese legend says that they healed the Shinto goddess Izanami after she gave birth to a fire god. because of this myth, people prayed to these gods regarding matters of STDs, childbirth, etc.

Another story tells of a demon who fell in love with a woman and hid inside her vagina, biting off her newlywed husband’s penis, twice. She then sought help from a blacksmith, who made her a metal phallus. It broke the demon’s teeth and sent him off for good. They later enshrined it in Kanayama Shrine as a sort of commemoration.