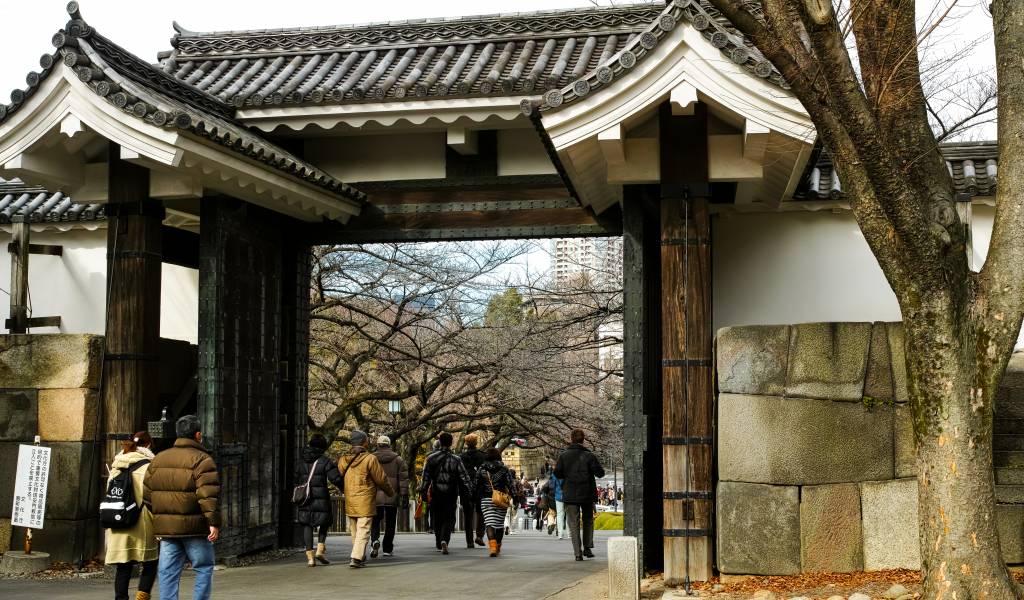 Kitanomaru Park is a public park in Chiyoda Ward located to the north of the Imperial Palace.

The name of the park is derived from its position as once being the northern part of the palace complex.

Two large gates dating from the time of Edo Castle still survive in the park—Shimizu-mon and Tayasu-mon.

The park is a popular recreation spot throughout the year, but it is particularly popular during cherry blossom season due to the many mature cherry trees and the picturesque aspect of the park surrounded by moats on three sides.

The Nippon Budōkan—site of many famous live concerts by touring bands such as the Beatles, Santana, Cheap Trick and Bob Dylan—is located within the park.