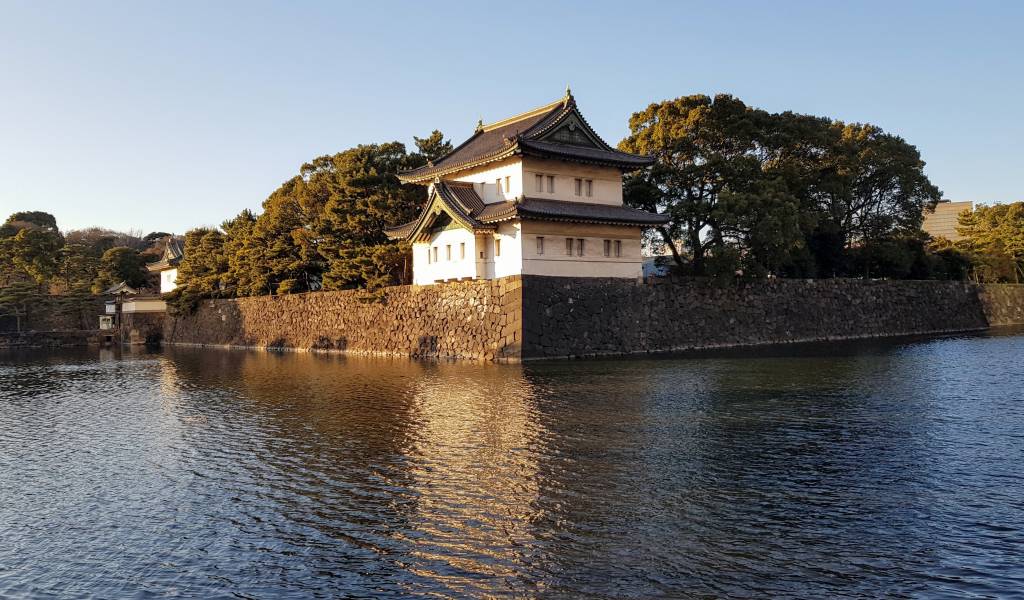 Tokyo’s Imperial Palace is a popular tourist spot in the city and despite limited access, there are gardens and parks to enjoy nonetheless.

The Palace is the primary residence of the Emperor of Japan and is located on the former site of the Edo Castle. This lends it an imposing air, with moats and castle walls surrounding it and the land surrounding it is some of the most expensive in the country. The palace was severely damaged in WW2 but rebuilt in its old image, although some elements survived.

These days you can explore some of the grounds or attend one of the free tours held on a daily basis which will allow you additional access. Registration is required and can be made online or on the day, and the tours take place at 10am and 1.30pm. The East Gardens are open to the public (closed Mondays and Fridays) and contain remains of the Edo castle walls as well as seasonal plants and flowers. The grounds stretch up to include Kitanomaru Park, the National Museum of Modern Art and the Nippon Budokan among other things.

On specific days of the year, the Emperor makes an appearance at the balcony of the Palace, with guests allowed to enter further into the grounds than usual. This occurs on Visitor’s day (December 2nd), his birthday (December 23rd) and for the New Year Greeting (Jan 2nd). For more information have a read of our mega-guide to the palace!