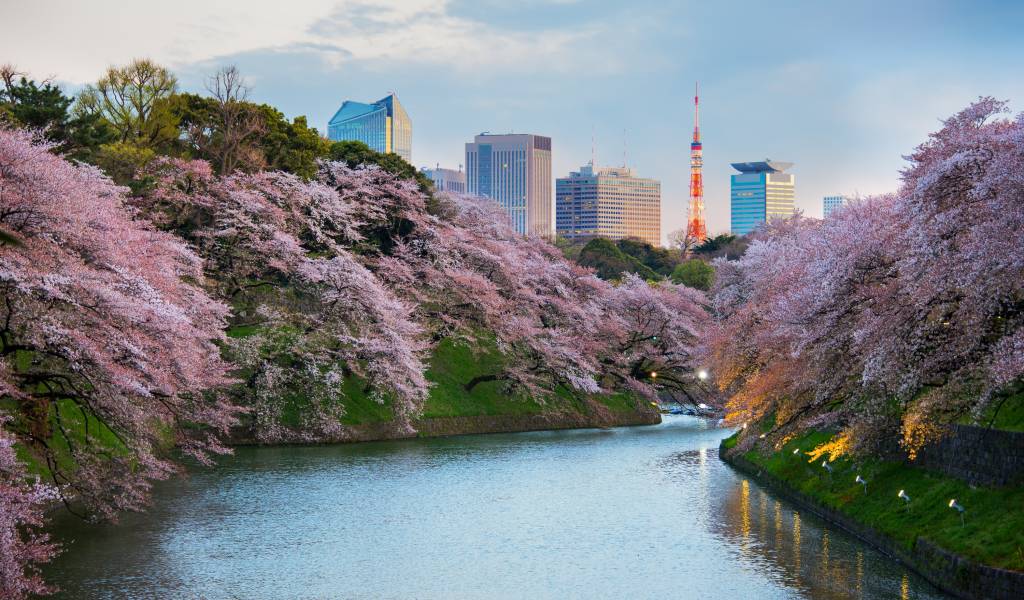 Kitanomaru Park: A Hidden Oasis of Nature, Culture and History in Tokyo

Immediately north of the Imperial Palace moat is a central, almost secret woodland park called Kitanomaru Park. Steps from the hustle and hoardes of people walking and running around the moat, this park is a little oasis where you can stroll, sit, and feel like you are almost in the countryside. While the park is relatively compact, it’s also big enough that everyone can do his or her own thing.

Nature in the park

The open lawn and pond area marks the heart of the park. This is where the neighborhood dog owners congregate, couples picnic, photographers capture natural scenery, and random musicians sometimes play. Surrounding this open space are winding networks of little woodland paths lined by trees. Stray off the paved paths, particularly up to the western ridge, to find a babbling brook, a little waterfall, stepping stones, and a view down to rowing boats in the Chidorigafuchi Park moat below. In the right season, the park boasts some of the best cherry blossoms and fall foliage in the city center.

Culture in the park

Kitanomaru Park is not only about natural scenery—in fact many enjoy its cultural offerings without even noticing that they are on the edge of this park. On the park’s southern edge is the Museum of Modern Art Tokyo (MOMAT) and its Craft Gallery. Inside the park is the Science Museum. And perhaps the most striking building in the park is the Budokan, Japan’s top martial arts venue, built for the 1964 Olympics judo competitions. It’s rare to walk past the Budokan without seeing some interesting event taking place, whether it’s lines of cosplay enthusiasts awaiting a huge concert, kimono-clad singers practicing their choruses, or even some martial arts people preparing for a lesson or exhibition.

History in the park

Kitanomaru Park was once part of Edo Castle (which burned down in 1873) and was home to the ruling Tokugawa family (and a medicinal garden). Besides being mostly surrounded by a moat, two original Edo gates remain as park entrances. The most impressive is the Tayasu-mon near Kudanshita Station, constructed in 1685. The other is the Shimizu-mon which takes you out near the Chiyoda Ward Office. Later the park became a military post for the Imperial Guard, but after WWII most buildings were removed, except for the Meiji period headquarters building (built in 1910) which is now home to the Craft Gallery. The park opened to the public in 1969 to commemorate the 60th birthday of Emperor Showa.

A walk in the park

Bored of the usual walking circuit around the Imperial moat (or fear being trampled by runners)? Kitanomaru Park is part of a lovely alternative, the Chidorigafuchi Park walking path. This mostly-flat circuit also involves a charming moatside path that is teeming with cherry blossoms in spring. The entire route takes at least 40 minutes and you won’t have to cross a single road.

Extend your walk by:

You can most conveniently approach the route from Kudanshita Station, or from the north side of the Imperial Palace moat.

Kitanomaru Park
Free
Kitanomaru Park 1-1, Chiyoda-ku, Tokyo
Chiyoda Hanzomon Kudanshita
Written by: Layla McCay
Filed under: Outdoors and Nature | Things to do
Tags:
Sharing
Questions or comments about this article?
Start a thread on our community forum
Ask our local experts about Tokyo