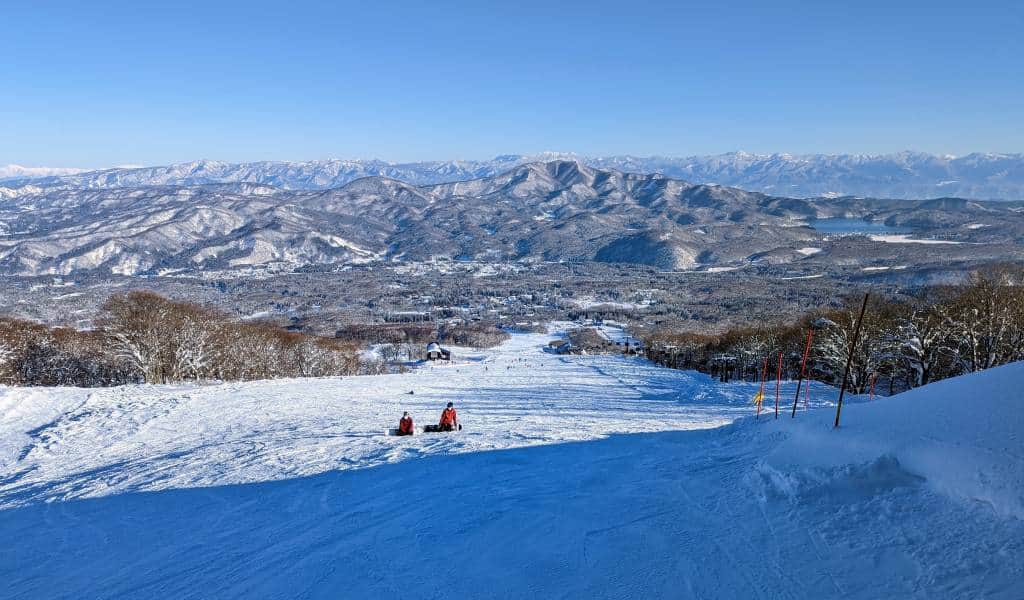 Japan Ski Resorts: A Guide to Hitting the Slopes near Tokyo

Skiing and snowboarding near Tokyo ain’t exactly cheap, but there are lots of places within spitting distance of the metropolis where you can carve out a bit of snow. With careful planning, a few days of winter adventure can be had while still leaving you with more than lint in your pockets. A bonus of a trip to ski resorts in Japan is that many of them also have onsen nearby, perfect for a relaxing soak after a day of intense activity on the slopes.

Let’s begin with the basics. First up, the packing and logistics.

If you’re a somewhat avid skier or boarder, you can save a bundle on rentals by bringing your own gear (but you knew that). Recycle shops, especially the likes of Off-House, have great deals on used gear for a fraction of the new price. Bargains can also sometimes be found on Tokyo Craigslist (though you’ll want to proceed with caution) or resale sites, and we’ve seen a few pairs of skis and some snowboard accoutrements at various flea markets, too. We also have a guide about winter-sports shops in Tokyo that sell everything you might need.

Renting at the resort is the easiest option (wherever you end up going). Check out our full guide to getting ski and snowboard gear in Japan — including sections on renting in Niseko and Hakuba (two of the country’s most popular resorts).

Looking for travel insurance for your snow trip? Check out our guide to Japan coverage for short- and longer-term visitors.

If you buy a package tour, transportation is often included — so you can score a great deal. For those going it alone, we have some handy articles about car rental, those economical Japan Rail Passes visitors love, and the Seishun 18 ticket (though it’s limited to certain periods of the year).

There are heaps of amazing slopes all over Honshu and Hokkaido (like Niseko), but in this article we’re focusing on skiing and snowboarding near Tokyo, and we’re capping it at the “a few hours away” mark.

Famous for hosting the 1998 Winter Olympics, this ski town in Nagano Prefecture is located in the Northern Alps and has good powder, plenty of resorts (around a dozen), and hot springs galore. The trip from Tokyo takes about four hours (by car, or by bullet train + bus).

A one-day lift ticket at Happo One, the area’s largest resort, goes for ¥5,500, or ¥5,250 if purchased online. Learn more about your skiing options in Hakuba.

We love Nagano, and this sprawling ski resort has a special place in our stingy hearts. Made up of 21 separate but interconnected resorts, Shiga Kogen has a huge variety of options for snow riders of all capabilities. Some of the slopes were used in the 1998 Winter Olympics (those ones scare us).

A one-day lift pass, which gives you access to the whole area (and its network of shuttle buses), will set you back ¥6,000, while a week-long pass costs ¥38,600. Learn more about your skiing options in Shiga Kogen.

There are plenty of hot springs to relax in too — and you might see some of Japan’s iconic snow monkeys doing just that.

A trip out from Tokyo takes just under three hours by a combination of bullet train and bus.

Yet another Nagano favorite, this spot also helped host the 1998 Winter Olympics. True to its name, Nozawa Onsen has a multitude of hot springs where visitors can soak away the day’s aches and pains. The communal onsen called soto-yu (housed in little shacks and sprinkled around town), can be used free of charge.

As for the slopes, Nozawa Onsen Snow Resort is a popular place for snow lovers, as it boasts a 297 hectare ski area.

The trip from Tokyo takes about four hours by car or three by the fastest combination of public transportation.

This beautiful resort area in Fukushima Prefecture is home to Mt. Bandai, host of several ski resorts. In addition to skiing, nearby attractions include the lovely Lake Inawashiro and Goshiki-numa, five smalller volcanic lakes in the Bandai Highlands. It takes about three to four hours to reach the area from Tokyo.

Other resorts include Nekoma, which is good for intermediate and advanced skiers, and Inawashiro.

Mt. Naeba in Niigata Prefecture is tucked deep in the mountains and offers some really wonderful powder. The Naeba area includes nearby Kagura ski resort, linked by a 5.5 kilometer gondola. The best powder is to be had at Kagura, due to its higher elevation.

While we’re talking about Naeba, GALA Yuzawa is not even 20 km away—and makes for a super easy, affordable day trip from Tokyo.

Located in the southwest corner of Niigata Prefecture, just to the north of Nagano City, towering Mt. Myoko has four resorts on its slopes: Akakura Onsen, Akakura Kanko, Suginohara Onsen, and Ikenotaira Onsen. There are also resorts on nearby mountains that lie within Myoko City, most notably Lotte Arai Resort.

Compared to tourist soaked Hakuba and Niseko, Myoko is relatively undiscovered by foreign tourists. Given the massive amounts of powder for which the area is famous, this shouldn’t last forever. A 1-day lift pass at Akakura Onsen — the biggest of the area’s resorts — is a relatively cheap ¥4,900. There are lots of good value rental shops in Akakura Onsen village as well.

Myoko-kogen Station, with easy access to the ski resorts in the area, is only 3 hours from Tokyo via the Hokuriku Shinkansen and the Kita-Shinano line.

If ambiance is more important to you than powder, you can always try Mt. Fuji in Yamanashi Prefecture. There are two resorts on the famous mountain, albeit with man-made snow for part of the year. The family-friendly and amusingly named Yeti Resort has five small-ish slopes and a kiddie area, while Fujiten is a bit larger.

At about two to three hours from Tokyo, this is a good bet for a close-by beginner or intermediate day of fun.

Karuizawa is another option not far from Nagano. One of the Prince Snow Resorts, Karuizawa is geared towards beginner and intermediate boarders and skiers. There are 10 runs, with the longest being 1.2 km.

A one-day lift pass can be purchased online and costs ¥5,000 in peak season. When it comes to travel time, it’s one of the closest ski resorts near Tokyo, taking just over an hour on the bullet train.

If you’re looking to try out some different slopes or activities in Karuizawa, then the Basecamp Passport is a great way to save on your trip. For ¥23,000 you’ll receive five tickets which can be used as one-day lift passes at a selection of resorts, as well as snow activities, meals, and onsen entry. The tickets can be split between a group or used by one individual depending on your travel plans. It also comes with an ID card that gives you discounts at shops and restaurants in the area.

Possibly the most famous resort in Japan — especially among Australians — Niseko is located on the northern island of Hokkaido. It’s home to meticulously maintained family-friendly ski fields, landscapes perfect for backcountry ski adventures, and plenty of powder snow. All of Niseko’s ski resorts are located on Mt. Niseko-Annupuri. The major resorts — Grand Hirafu, Niseko Village, Niseko Hanazono, and Annupuri — take over the southeastern half of the mountain, making this side the best place to begin.

You can also pick up a Niseko All Mountain Pass, which will give you access to all three resorts for the day. The pass costs ¥8,100 per adult (¥4,900—¥6,500 for children depending on their age). Learn more about skiing in Niseko.

While it’s not close to Tokyo, thanks to its popularity you can get there via train or bus from Sapporo, which is reachable from Tokyo by airplane or train.

Many thanks to Axel Lieber for his valuable input.

While we do our best to ensure it’s correct, information is subject to change at any time. First published in December 2014. Last updated in January 2022.

Written by: Selena Hoy
Filed under: Outdoors and Nature | Snow Sports | Things to do
Tags:
Sharing
Questions or comments about this article?
Start a thread on our community forum
Ask our local experts about Tokyo