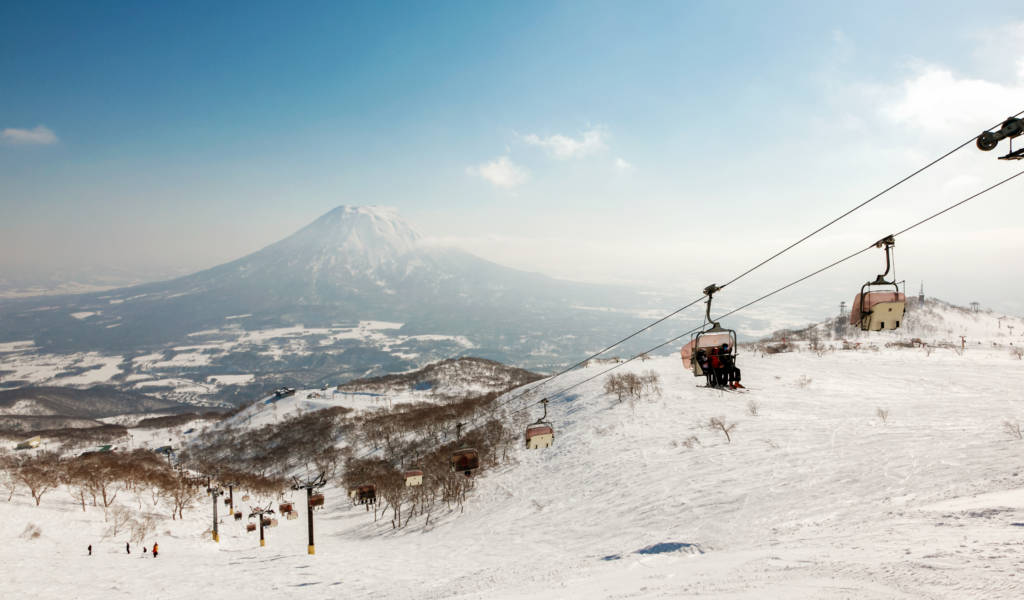 How to Get From Tokyo to Niseko — Japan's Powder Snow Capital

Niseko, in Japan’s northernmost prefecture of Hokkaido, is easily the most popular skiing area in the country. It’s famous for getting lots of dry powder snow (usually upwards of 15 meters) every year and is one of the few places in Japan you can enjoy off-trail skiing. What’s more, the major uptick in international visitors has made Niseko Ski Resorts more accessible than ever.

Here’s a quick guide to the basics of Niseko—how to get there, what slopes to visit and how much it will all cost you.

Getting from Tokyo to Niseko: Transportation options

Niseko is a pretty decent distance from Tokyo, and while you can’t ski there, you can hopefully glide through ticket gates and sweep past stops along the way.

Getting to Niseko by Train: 8 Hours

The Hokkaido Shinkansen has made it a lot easier to get to Niseko by train. In a little over 4 hours, you can get all the way to Shin-Hakodate-Hokuto Station, from which it’s another 4 to 5 hours by train to Niseko. The bullet train ride costs around ¥23,430 one-way, unless you’ve got the JR Pass, in which case the cost is covered. After the ride on the Shinkansen, you need to take express/local trains to get to Kutchan Station, which is the closest to Niseko. Without a JR Pass, this costs about ¥5,310.

Flights from Tokyo to Niseko (via Sapporo): 5 hours

Alas, Hokkaido is far from Tokyo, so flying to New Chitose Airport in Sapporo is usually an easier option than the trains. The flight from Tokyo to Sapporo takes about 1.5 hours. From the airport, it’s around a 3-hour train ride on JR lines to Kutchan Station, at a cost of about ¥3,720 if you don’t have a JR Pass (if you do, the trains are covered).

Getting the bus from Sapporo to Niseko

It’s also possible to take a bus from the airport in Sapporo to Niseko. Look up the Niseko Bus website for prices and timetables.

Pro tip: If you’re traveling in a group, booking a private transfer from Sapporo to Niseko can be affordable. You can also rent a car and drive yourself from the airport to Niseko.

From biggest to smallest, the ski resorts at Niseko are:

Some, like Moiwa, offer discounts when passes are booked online, usually around 10% of the price.

The prices above are taken from peak season, so there will be cheaper prices for early, spring and end of season passes (see the Niseko United Pass section for a guide to these).

Grand Hirafu is the largest of the Niseko ski resorts, and with a foreigner-friendly town at its base to boot. Here, you can find restaurants, bars, and all kinds of accommodations, including the reasonable Absolute Niseko hotel. Hirafu is a 15-minute bus ride from Kutchan Station.

Niseko Village is in between Grand Hirafu and Annupuri. It has hotels around its base like Hilton Niseko Village, and The Green Leaf is close to the beginner areas and the Upper Village Gondola. There are also some dining and shopping options.

Annupuri’s slopes are comparatively less steep and wide, but there is a run that connects to Moiwa. Both are less crowded, which makes them ideal for beginners and people who don’t want the crowds of the others. Neither have much dining and nightlife around, but there are hotels and pensions for easy access to the slopes.

Hanazono is managed under the Niseko Mt. Resort Grand Hirafu umbrella, together with the bigger Grand Hirafu. You can buy a “Hanazono and Grand Hirafu Lift Ticket” at either resort to ski on both. Its forest route, Strawberry Fields, is arguably Niseko’s most famous run.

You can use the Niseko United All Mountain Pass at Annupuri, Niseko Village, Hirafu, and Hanazono. These four areas are all interconnected, so they’re the best for getting all your snow sports fun in one place. The prices vary depending on season and length, with some examples below. A one-day Adult Pass in Regular season is ¥8,500 and a 12-point pass that limits the uses in a day for ¥5,000. The passes range from 12-point to two weeks (coming in at ¥86,600). There are also cheaper tickets for kids and seniors, with free lift passes for pres

While we do our best to ensure it’s correct, information is subject to change. Last updated in October 2022.

Written by: Emily Ting
Filed under: Snow Sports | Things to do
Tags:
Sharing
Questions or comments about this article?
Start a thread on our community forum
Ask our local experts about Tokyo