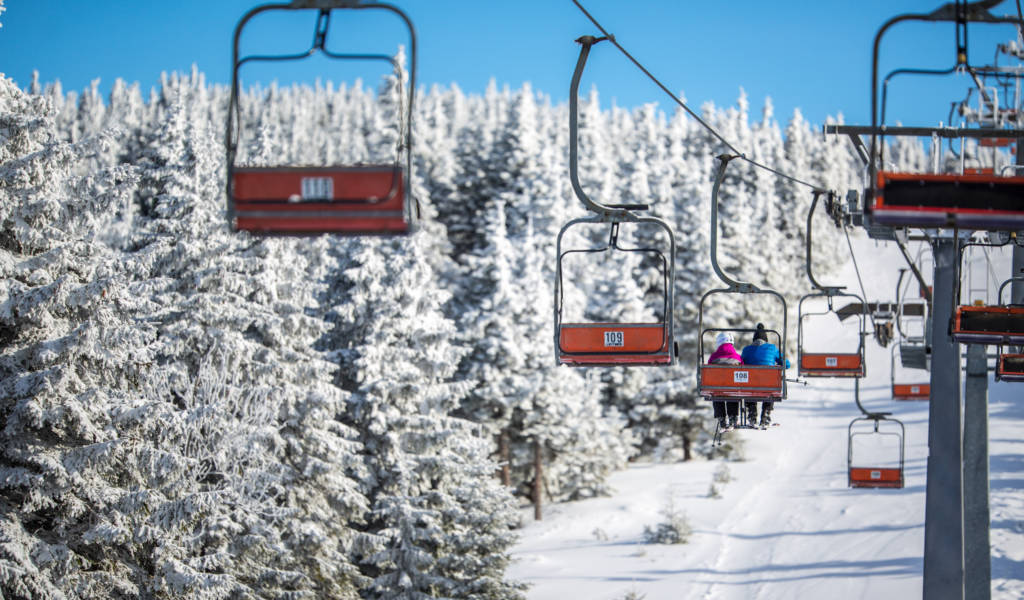 Welcome to Shiga Kogen — the largest combined ski area in Japan and home to the longest ski season in the country.

Pull on your snow boots any time between late November and mid-May because this familiar-sounding ski resort is the perfect winter destination. Host to multiple events during Nagano’s 1998 Olympics and home to its own brand of Japanese beer (aptly named Shiga Kogen), this place has a fair bit to offer.

The 18 ski resorts combined take at least two days to cover. Thankfully, they offer a single lift pass for a full-day for ¥6,000 as well as a 4-hour pass for ¥5,200. You can use it for all 51 lifts, gondolas, and ropeways. You also have to pay a small ¥500 deposit, but you get it back when you return your IC card lift pass.

Below is a quick round-up of some of the more popular areas in Shiga Kogen, which we recommend exploring at your own pace.

The northernmost resort, Okushiga Kogen has excellent snow quality. It is best for intermediate/advanced-level skiers and snowboarders and isn’t too crowded.

This is actually two resorts: Ichinose Family and Ichinose Diamond Ski Fields. Together, they make up a key area for accommodations (pro tip: Villa Ichinose is an affordable option here) and what little nightlife you can find in Shiga Kogen. A small area called Ichinose Yamanokami connects the two of them, and the various runs make it good for all levels.

Terakoya is the second-highest resort of Shiga Kogen after Yokoteyama, so it has lots of dry powder snow. It’s very popular with ski racers.

Lifts and slopes connect many of the resorts to each other, for example, 15 of the ski resorts at the northeastern side, including Yakebitaiyama (aka Yakebi), Okushiga Kogen, and Ichinose. Shuttle buses go between resorts from December to early May and are free if you have the lift pass.

Nothing feels better than sinking into a steaming hot spring after a day of skiing—and luckily there are a few towns to choose from nearby. Shibu Onsen and Yudanaka Onsen offer normal baths while Jigokudani Monkey Park offers the famous sight of monkeys bathing in hot springs.

The first two towns can be reached on the bus route between Nagano and Shiga Kogen (see below for more details). If you’re looking to go a bit further, you can catch a bus to Mount Shirane and then down to Kusatsu Onsen—one of the more well-known hot spring towns in Japan thanks to its open-air water chutes.

One-day tour: Snow Monkeys & Snow Fun in Shiga Kogen: This is round-trip tour from Tokyo to Nagano is for those who want to go to Shiga Kogen and monkey it up. The peak season is December to March, and price drops from April as the snow melts away – note the shinkansen train fee is not included, so ideal if you have the JR rail pass. Price starts at ¥12,500 per person.

Getting from Tokyo to Shiga Kogen: Transport options

The Hokuriku Shinkansen from Tokyo to Nagano Station is about ¥8,130 and takes around 1.5 hours. The JR Pass or JR East Nagano Niigata Area Pass is ideal–you can compare rail passes here.

From Nagano Station, you can take the Nagaden trains to get to Yudanaka Station, which is the closest to Shiga Kogen. There are two options:

For other winter options, have a look at our guide to skiing and snowboarding near Tokyo.

While we do our best to ensure it’s correct, information is subject to change. Post first published in January 2018. Last updated October 2020.

Shiga Kogen
7148 Hirao, Yamanochi, Shimotakai District, Nagano 381-0401
Official Website
Written by: Emily Ting
Filed under: Things to do
Tags:
Sharing
Questions or comments about this article?
Start a thread on our community forum
Ask our local experts about Tokyo