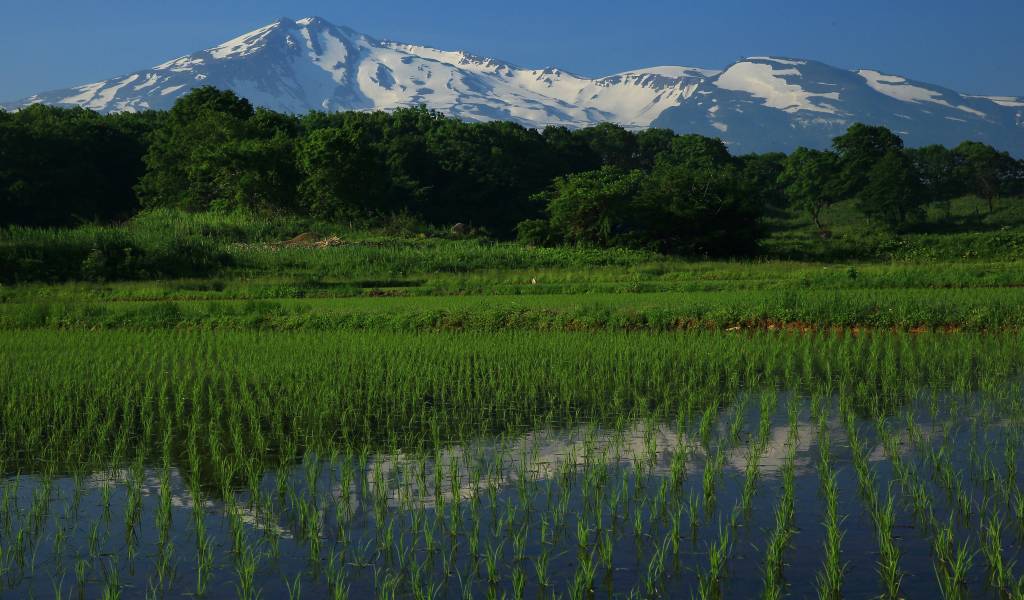 The Japan Rail Pass is the best known rail pass for travel in Japan. However, there are also regional rail passes — like these from JR East — that may turn out to be more economical if your travel plans are focused on a specific area. Here we give you the lowdown on JR East passes — what you can do with them and more.

JR East passes at a glance:

Good news: Starting April 2021, the Nagano & Niigata Area Pass and the Tōhoku Area pass can be purchased by any foreign passport holders — not just travelers on short-term tourist visas.

What is included in JR East passes?

All JR East passes that include the Kantō region (which is all of them except the Tōhoku–South Hokkaidō Pass) cover unlimited travel on the following trains:

See the sections below on individual passes for more details on what trains you can ride and where they take you.

Pro tip: If you have a lot of luggage, or even one huge bag, consider sending it on ahead with a luggage delivery service. New Shinkansen luggage rules from May 2020 dictate that luggage with dimensions of over 160cm but under 250cm will require special reservations (at no extra cost), and bags over 250cm won’t be allowed onboard the bullet train at all.

What is NOT included in JR East passes?

The Nagano & Niigata Area Pass and the Tōhoku Area Pass cover travel on JR buses that service key destinations — like the 20 minute bus ride required to get to Kusatsu Onsen from the nearest train station. The East–South Hokkaidō Pass and the Tōhoku–South Hokkaidō Pass do not cover bus travel — even though they cover travel to the train stations from where such buses depart.

None of the passes cover municipal travel, except for the handful of JR trains in central Tokyo (like the JR Yamanote and Chūō-Sōbu lines). That means you cannot use any JR East pass to travel on the subway in Tokyo, Sendai, or Sapporo.

None of these passes include travel on ferries.

The JR East Nagano & Niigata Area Pass is especially good for travelers who want to get out into the mountains — whether for hiking or skiing, or just for the views and that cool, fresh air. The pass covers travel on JR (and select private) trains within the Kantō area, including transport to/from, Nikkō, Izu, and Narita and Haneda airports.

In addition, this pass gives you travel on the following:

Some fine print: trains only stop at Gala Yuzawa when the ski resort is open; pass holders cannot ride the fastest trains on the Tōhoku Shinkansen, Haybusa and Komachi.

The pass is good for five consecutive days of travel and costs ¥18,000. Any foreign passport holders are eligible — even foreign residents. You can buy it online here.

Where to travel with the Nagano & Niigata Area Pass

You’ll want to make full use of this pass and travel deep into Nagano and/or Niigata prefectures. (If not, you might want to consider the cheaper Tokyo Wide Pass instead).

Some of the highlights of this region include:

As you can see, several of these highlights require extra bus travel not covered by the pass, which is annoying. That said, the fact that you can get to almost anywhere in these mountainous/rural parts by public transportation is pretty impressive. It’s just that some of that public transport is in the form of buses or rail lines operated by local companies (not JR).

Since this pass covers a relatively small area (compared to the other JR East passes) you have a choice: do all your travels as a loop or base yourself somewhere — Tokyo is a possibility but you could also do somewhere cheaper like Ōmiya or Takasaki — and do day or overnight excursions.

The JR East Tōhoku Area Pass is designed for doing a deep dive of Tōhoku, that often overlooked northern section of Honshū (Japan’s main island). Tōhoku, which is made up of Fukushima, Miyagi, Iwate, Yamagata, Akita, and Aomori prefectures, is known for its dramatic scenery, colorful traditional festivals, and onsen.

The pass is good for five consecutive days of travel and costs ¥20,000. Foreign passport holders on any visa (residents included!) can purchase the pass, which you can do online here.

Where to travel with the Tōhoku Area Pass

With the Tōhoku Area Pass, you can travel to some of the same spots as the Nagano & Niigata Area Pass, including: Karuizawa, Echigo Yuzawa, Gala Yuzawa, Kusatsu Onsen, and Nasu Shiobara. However, you’ve also got all of Tōhoku to explore.

Some highlights of the region include:

For more Tōhoku travel inspiration, check out our article on exploring Tōhoku’s Pacific coast and our guide to Towada-Hachimantai National Park.

The JR East–South Hokkaidō Pass is the only rail pass — other than the countrywide JR Pass — to include travel from Tokyo on the Hokkaidō Shinkansen, which travels via tunnel under the strait that separates Honshū with Japan’s northernmost major island, Hokkaidō. The pass doesn’t cover all of Hokkaidō — just the southern region, from Hakodate to Sapporo. Plus all of Tōhoku.

JR East–South Hokkaidō Pass holders get unlimited rides on the following trains (in addition to Kantō area ones that serve Nikkō, Izu, and Narita and Haneda airports):

This pass is best for travelers who want to do Tōhoku and Hokkaidō. If you just want to do Hokkaidō, it might make more sense to fly there and then get a Hokkaidō rail pass instead. Or the countrywide Japan Rail Pass, if you want to take the Shinkansen to Hokkaidō instead of flying.

Note that unlike the Nagano & Niigata Area Pass and the Tōhoku Area Pass, the JR East–South Hokkaidō Pass does not cover JR buses. So if you want to visit some of the spots accessible only by bus (or car) — like Mt Hakoda, Sukayu Onsen, Oirase Gorge, and Lake Towada in Aomori — you’ll need to pay the extra fares out of pocket.

The JR East–South Hokkaidō Pass is good for six consecutive days of travel and costs ¥27,000. This one can only be purchased by foreign passport holders entering Japan on a temporary visa (sorry residents!). It can be purchased online here.

Where to travel with the East–South Hokkaidō Pass

With the East–South Hokkaidō Pass you get access to the Kantō area destinations (Nikkō and Izu), all the Tōhoku ones, plus destinations in southern and parts of central Hokkaidō. With only six days to work with you are going to have to be very selective!

Some Hokkaidō highlights you can visit with this pass:

The JR Tōhoku–South Hokkaidō Pass covers everything that the JR East–South Hokkaidō Pass does except Kantō. It does not cover travel from Tokyo or from Narita and Haneda airports. With this pass, you can board the Tōhoku or Hokkaidō Shinkansen from Shin-Shirakawa Station in Fukushima prefecture.

The pass still gives you six consecutive days of travel for only slightly less: ¥24,000). And like the JR East–South Hokkaidō Pass, only foreign passport holders on a temporary visa are eligible.

We’re not really sure who this pass is for. There is no way to get between Tokyo or Narita Airport and Fukushima for less than ¥3,000 short of hitchhiking (not even local trains!).

You could stack this pass with either the Tokyo Wide Pass or the JR East Nagano & Niigata Area Pass as the coverage almost meets: Nasu Shiobara Station (the farthest you can travel on the Tokyo Wide Pass and the Nagano & Niigata Area Pass) and Shin-Shirakawa Station are only one stop apart on the Tōhoku Shinkansen. Travel between the two on the Tōhoku Shinkansen takes 10 minutes and costs ¥2,710; on the regular Tōhoku Main Line, travel takes 30 minutes and costs ¥510.

Like the country-wide JR Pass, JR East passes generally pay off if you make one round-trip from Tokyo to one of the more far-flung destinations covered by the pass. For example: the round-trip fare between Tokyo and Sendai is ¥22,820, which is more than the cost of the Tōhoku Area Pass (¥20,000). And round-trip to Aomori (Shin-Aomori Station) is ¥34,940!

Thinking of going all the way to Hokkaidō? Even just a one-way train ticket from Tokyo to Sapporo is ¥27,500, which already covers the cost of the JR East–South Hokkaidō Pass. Of course you can usually fly for less, and it’s good to keep in mind that — even on the Shinkansen — the journey from Tokyo to Hokkaidō by train takes a good half-day.

See the fare chart below to get a sense of what individual Shinkansen tickets would cost. You can also make use of our nifty Shinkansen fare calculator.

You don’t have to buy JR East passes before arriving in Japan, but you can if you want to. Unlike the country-wide pass, the price is the same no matter where you purchase the pass.

Passes can be purchased at both Haneda and Narita Airport on arrival, or from major JR East stations. In Tokyo, you can pick one up at Tokyo, Shinjuku, Shibuya, Shinagawa, Ueno, or Ikebukuro stations. You can also purchase a JR East pass through authorized travel agents in the same way as the country-wide JR Pass, or online.

Note:  From April 2021, you can scan your passport at certain Reserved Seat Ticket vending machines at major JR East stations to buy your pass directly. Stations include Tokyo, Shinjuku, Shibuya, Shinagawa, Ueno, Ikebukuro, Hamamatsuchō, Yokohama, and Narita Airport, among others. You will also be able to make seat reservations on these machines, saving you the extra step of going into the ticket office. As an added bonus, you can also go straight through the automatic ticket gates, instead of being restricted to the manned gate.

While we do our best to make sure it is up to date, information is subject to change at any time. This post was orginally published on November 4, 2016. Updated by Heidi Sarol and Rebecca Millner in June 2022.

Written by: Carey Finn
Carey's Tokyo favorites are: artless craft tea & coffee
Filed under: Getting around
Sharing
Questions or comments about this article?
Start a thread on our community forum
Ask our local experts about Tokyo