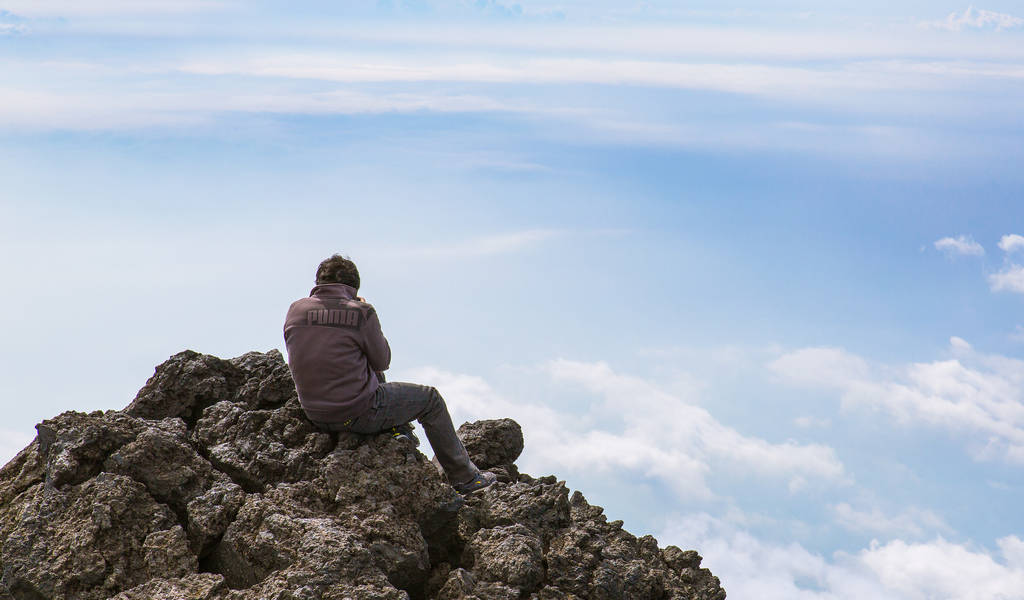 Mount Fuji: How to Climb Japan's Most Famous Mountain

Gazing down on Japan from atop its symbolic mountain is high on the bucket list for most visitors and residents alike, but at 3,766m it’s not the effortless stroll that many elderly Japanese people make it seem. If climbing Mount Fuji is your summer to-do this year, here’s what you’ll need to know.

Important: Due to safety concerns, the climb should only be attempted during Mount Fuji’s climbing season. The mountain trails are off limits outside of the climbing season. You can try some other Tokyo hikes instead, though.

The various trails of Mount Fuji

It’s possible to take four different trails to the summit of Mt Fuji, as well as one that goes on an ambling circular route around the fifth stations, for anybody who enjoys punishing themselves without much payoff.

Which trail on Mount Fuji is the best?

All the trails up Mount Fuji have their pros and cons, but we recommend the Yoshida Trail, which is the most popular for good reason.

If you’re coming from Tokyo, the Yoshida Trail is the most accessible, and faces the sunrise, making it perfect for overnight hikes. It’s also the oldest route, having been used used by pilgrims to climb the sacred mountain for over 500 years.

July 1, 2021 update: Mount Fuji is partly open for business again! Many of the trails, huts and facilities on Mount Fuji are open for the 2021 climbing season. Check the official Climbing Mount Fuji website for more details.

An important question you should ask yourself before making any other plans for climbing Fuji-san is: “Can I do this without a long lie-down part of the way up?” As previously mentioned, it’s not the casual ramble that the apparently gentle slopes suggest when viewed from a distance.

How long does it take to climb Mount Fuji?

If the path is relatively quiet and you set a quick pace, it’s possible to get to the top of Fuji in a few hours, but for most people it’ll take between four and eight hours to get to the summit, which depends not only on your own speed, but also on how crowded it is.

Is there overnight accommodation on Mount Fuji?

If eight hours sounds excessive, it’s possible to book an overnight stay in one of the lodges part of the way up the Yoshida Trail, but be aware that you’ll be crammed in a small room with 20 to 40 other people. The inside of a tin of sardines? That’ll be you. Still, if you’ll need a prolonged rest, the huddle is the way to go.

For general hut and toilet info, this is the place to go. Note that many of the reservation sites are in Japanese. You can also print out:

Pro tip: Goraikoukan is a lodge fairly close to the summit—a good bet for ensuring your arrival to the mountain top in time for sunrise. One night’s stay with two meals can be yours for ¥8,500, or just one night’s stay will set you back ¥6,500. The site has an English info page, but to reserve you must switch to the Japanese version. Reserving online shouldn’t be too difficult with the help of Google Translate, though.

For accommodation near Mount Fuji, for the night(s) before or after your climb, see what your options are.

When to climb Mount Fuji

Trails are typically open between early July and mid-September each year. For 2021, the following dates for Mount Fuji’s climbing season have been announced:

Note: The following restrictions are in place:

Pro tip: before making travel plans, it’s a good idea to double-check that the trails will definitely be open on the days you want to do the hike. Just in case. If they aren’t open, you can’t climb Mount Fuji.

When is the best time to climb Fuji-san?

The school holidays, from mid-July to the end of August, constitute peak season, and the most crowded time to go is during Obon, in mid-August. Weekends are also much busier than weekdays.

What time of day is best?

If you don’t care about watching the sunset/sunrise, you’re in luck—plan your hike to arrive somewhere in between and the way will be quieter.

Otherwise, check the predicted times and set off approximinately five to ten hours before then (go towards the higher end of the scale if you consider yourself unfit or you’re going at the weekend, lower end if you’re an athlete/half-man half-gazelle), remembering that you can relax triumphantly at the top if you’re early, but it can ruin the trip if you’re late. An added benefit of sleeping on the way up is the ability to more accurately predict when you’ll reach the top.

Even in the middle of summer, it gets really cold near the top, especially at night. Take at least three layers of clothing, and some waterproofs in case it starts to rain. Also, don’t buy a cheap thermal blanket from a convenience store—they’re basically tin foil and you won’t realize until you open it halfway up and have to watch a crinkled reflection of yourself shivering and crying in it.

A regular torch (flashlight) will do if you don’t want the extra expenditure, but a headlamp will give you a free hand to carry things or grab onto support when you inevitably slip at some point. Also, it makes the whole climbing Fuji thing feel like a right old adventure.

Take something light with a high calorific content. Calorie Mate or dried fruit snacks work well, but you can also take the opportunity to stuff your face with chocolate and claim it’s purely for survival (either in a low, comforting mumble to yourself, or yelled panickily at a companion).

Water, lots of it

There are a couple of shops on the way up and a small restaurant at the summit (as well as the highest vending machine in Japan, possibly the world), but everything is at least twice the regular price, and it’s safer to have some of your own supplies just in case.

As well as any food and water you choose to buy while on the trip, you might be asked to make a small [perhaps price amount=1000] donation to cover the upkeep of the trails.

Or be that person with the bum bag/fanny pack if you insist. But you will need some sort of bag for your snacks, water and backup layers of clothing. Before you buy, remember you’ll be carrying it for more than five hours, so make sure it’s comfortable, does not chafe, and is robust enough.

What to expect when you climb Mount Fuji

If you go at a “quiet time”, i.e. a regular weekday, climbing Fuji will still be a crowded hike. If you go at the weekend during peak season, then understand that you’re not going to be climbing, hiking, or even walking. Instead, you’ll be queuing, uphill and slowly, for a very long time.

Also keep in mind that the hike from Station 5 to 8 will be far quicker than from Station 8 to the summit. It gets pretty grueling if you’re continuously expecting to reach the top soon.

The view from the top is nothing short of majestic: clouds gathering on mountains thousands of feet below appear like waves crashing against rocks, but the hike up is not spectacular. Mt Fuji is a volcano, so you’ll be staring at a desolate black landscape for the majority of the journey.

Altitude sickness is unpleasant. Some people experience dizziness, headaches and nausea during the ascent. To combat this, take a break for a while and allow your body to adjust to the ascent, or buy small tanks of oxygen.

Climbing Mount Fuji with a guide

If you’re not too sure about doing the hike on your own, a number of climbing tour packages available through Willer Express, a bus ticket and tour provider.

How to get to Mount Fuji

Here’s a quick overview of your transport options.

Getting to Fuji by train

Since the JR Fuji Pass was discontinued, traveling by train is no longer the cheapest way to get to the fifth station, unless you have a Japan Rail Pass. Take the Chuo Line to Otsuki (¥1,320 from Shinjuku Station or free for JR Pass holders), then the Fujikyu Railway to Kawaguchiko (¥1,140), at which point you’ll need to transfer to a bus which will take you to the 5th station (¥1,540 one-way, ¥2,100 return).

The bus to Fuji

Recommended for most people

Traveling by bus is the most painless method, as you can take a bus directly from Tokyo to the mountain. You can book bus tickets from Tokyo to Fuji here, and book your return trip online too. Note that buses to the Yoshida Trail’s fifth station only operate in climbing season—confirm before you book. If you don’t have any luck with those sites, you can also make ticket reservations here.

Driving to Fuji by car

Along the Chuo Expressway, the tolls alone will cost around ¥3,000, so factoring in the cost of renting a car and gas, driving is only worth it if you have a group of four or five people.

Pro tip: Take a look at our comprehensive guide on transport to Mount Fuji for more information.

And if you’d rather skip the crowds and climb a nearby mountain for a view of Mt. Fuji, check out our Alternatives to Climbing Mount Fuji guide.

While we do our best to ensure it’s correct, information is subject to change. This post was first published in 2015. Last updated in July, 2021

Written by: Cal Widdall
Filed under: Outdoors and Nature
Tags:
Sharing
Questions or comments about this article?
Start a thread on our community forum
Ask our local experts about Tokyo