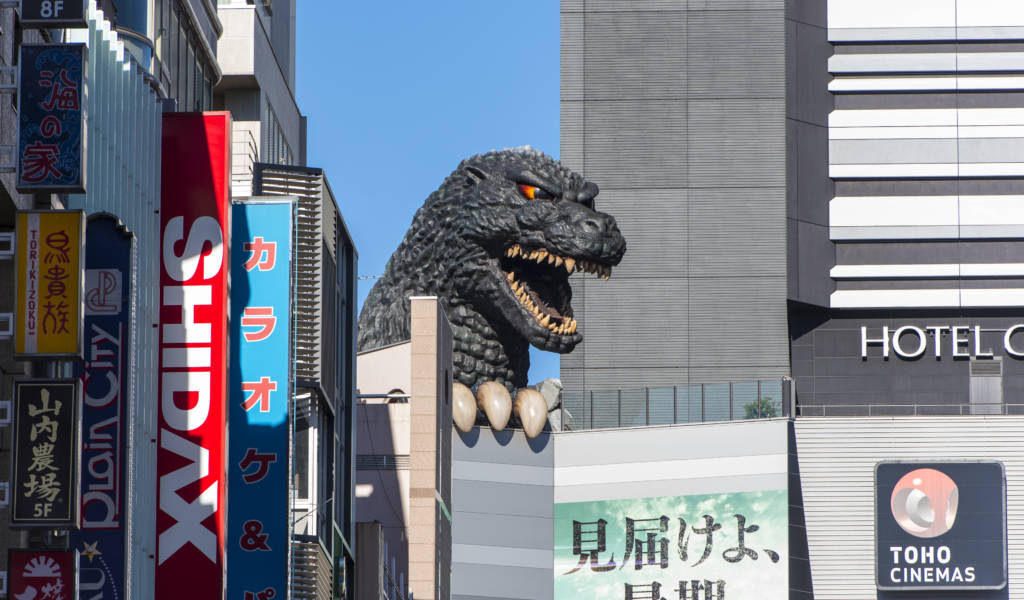 Getting from Narita to Shinjuku

Shinjuku, with its huge variety of accommodations (not to mention dining, shopping, and nightlife…), is an excellent place to base yourself in Tokyo. But now you need to work out the how to get there from Narita Airport. So let’s break down the best options — by budget and convenience — for getting from Narita to Shinjuku, plus share some tips and money-saving deals.

As the crow flies, it’s about 60 km (37 miles) from Narita Airport to the Shinjuku area. Surprising as it may seem, Narita is actually in Chiba prefecture, to the east of Tokyo. Shinjuku, meanwhile, is on the western edge of central Tokyo — meaning you have to cross the whole city to get from one to the other. On average that takes about 90 minutes. However, with Shinjuku being one of Tokyo’s biggest hubs and most popular places to stay, it means that there are lots of competing ways to get there from the airport. Options include trains, buses, and taxis.

Overview of getting from Narita to Shinjuku

In general, public transport is the best way to get from Narita Airport to Shinjuku. Afterall Shinjuku Station is a major transport hub with access to multiple train lines, as well as the Shinjuku Expressway Bus Terminal. From here getting to your accommodation should be relatively quick and easy. Alternatively, the Limousine Bus stops directly at a number of hotels in the Shinjuku area, and of course taxis will drop you off on the doorstep of your hotel, too.

Pro tip: If you’re traveling with large bags, you can have Luggagent port them from the airport to your accommodation for an easier transfer. Cheapo readers get a special discount!

Trains from Narita to Shinjuku

As is the case for most journeys in Japan, the train is generally the best way to go. Trains run reliably on time and aren’t subject to the whims of Tokyo traffic. Both Terminal 1 and 2 at Narita Airport have train stations on their lower levels. If you’re arriving at Terminal 3, you’ll need to walk or take the shuttle to Terminal 2. There are three main options for getting to Shinjuku by train, but the Keisei Skyliner is the best overall. (On the other hand, the Keisei Main Line is the cheapest, while the Narita Express is the most hassle-free).

Best overall way to get from Narita to Shinjuku: Keisei Skyliner

Based on cost and speed, the Keisei Skyliner is our pick for the best overall way to make the trip. It’s relatively affordable, fast, and convenient — without compromising on comfort.

The Keisei Skyliner is a high-speed express train that travels from Narita to Nippori Station (in northeast Tokyo) in just 40 minutes. A one-way trip costs ¥2,570, but you can book discounted tickets here for ¥2,300. After arriving at Nippori, transfer for the JR Yamanote Line for Shinjuku — a 20 minute (¥200) journey.

Free Wi-Fi, an accessible toilet, and space for large luggage all make for a comfortable ride into the city. All seats are reserved, which is especially nice if you’re in a group because it means you’re guaranteed seats together. But that only lasts as far as the transfer in Nippori Station though, because you’ll be transfering to the JR Yamanote Line, which is often crowded (the downside of this route).

How much does it cost? ¥2,500 (with discounted a ticket)
How long does it take? 1 hour plus transfer time

Cheapest way of getting to Shinjuku from Narita Airport: Keisei Main Line

Riding the Keisei Main Line into town from the airport is a long-running Cheapo right of passsage. It halves the cost of the journey from Narita Airport to Nippori Station to just ¥1,270. This train follows the same route as the Skyliner, but it has more stops and therefore is (much) slower. Once you’re at Nippori Station, it’s the same as the Keisei Skyliner route — transfer to the JR Yamanote line to Shinjuku (20 mintes, ¥200).

Important: Do not stay on a Nishi-Magome bound train, as this heads off on a different route after Aoto Station (and won’t get you to Nippori).

Taking the Keisei Main Line sacrifices comfort for exta yen in your pocket. There is no guarantee of getting a seat and no amenities (like toilets or Wi-Fi). You’ll have to hold on to your bags as there’s no luggage area. However, there are overhead racks that can support a small suitcase or a backpack. Also you can’t book ahead, instead you’ll need to buy ticket at the ticket machine or purchase up an IC card (basically a pre-loaded transport card).

Easiest way of getting from Narita to Shinjuku: Narita Express

For those with a few extra yen in the ol’ wallet, taking the Narita Express (N’EX) train is a hassle-free way to get from Narita Airport to Shinjuku. It’s a direct 90 minute ride that costs ¥3,250 one-way (a round trip ticket works out considerably cheaper at ¥4,070 but must be used within 14 days). Check the timetable to see which N’EX trains go to Shinjuku Station — some run on other routes.

Like the Skyliner, N’EX trains are comfy and have lots of good amenities including outlets at every seat, accessible toilets, and secure luggage storage. Stops are announced on large, multi-lingual signs. And most of all: no transfer required. But there are only two departures per hour between 9 a.m. and 9 p.m. so we recommend that you purchase tickets online in advance. Otherwise, you can get them on the day from the kiosk at the airport train station.

Pro tip: You can use your JR Pass on the Narita Express train to Shinjuku. However, unless you’re going to be jumping onto the bullet train and starting your cross-country travels the very next day, it’s probably best to save it and buy a separate ticket. Once the clock starts running on your JR Pass, it doesn’t stop, and you wouldn’t want to waste it.

The Limousine Bus travels from Narita Aiport to Shinjuku for nearly the same cost as the Narita Express — ¥3,200. But like N’EX, return tickets (which also must be used with 14 days) are a much better deal at ¥4,500. Both one-way and return tickets can be purchased online — with the one-way ticket at a slightly discounted price of ¥3,100.

We generally find the bus less comfortable than the Keisei Skyliner or Narita Express, but it has some perks. Or at least, it used to. One of those perks used to be frequent departures however, the current schedule has been greatly reduced due to COVID-19. Buses currently run only about once or twice an hour.

The Limousine Bus is really convenient though if you’re staying at one of the popular hotels in Shinjuku, such as the Shinjuku Washington Hotel, Keio Plaza Hotel, or Sunroute Plaza Shinjuku. You’ll be dropped off right at the door in about 90 minutes. It also runs to Shinjuku Station, the Shinjuku Expressway Bus Terminal (“Busta”), and a few other hotels.

Usually there are also some discount schemes available to sweeten the deal, like this one that includes the all-you-can-ride Tokyo Subway Ticket. Tickets can also be purchased at the kiosks in the arrivals hall of any of the terminals and, for the return journey, at the Shinjuku Expressway Bus Terminal.

Taxis from Narita to Shinjuku

If you’re coming off a really long flight — and you can’t be bothered with negotiating the world’s largest urban rail network while suffering from jetlag — then a taxi transfer to your hotel is a very tempting option. Of course, this is also the most expensive option. Typically the journey takes 90 minutes but traffic is always a wildcard. On the plus side, you don’t have to worry about getting from Shinjuku Station to your destination or dealing with luggage on public transport.

Pre-booked taxis, including shared minivans, are cheaper than just picking up a cab at the airport.

Private pre-booked taxis are great if you’re traveling in a group because you can split the cost, which generally starts at around ¥15,500. Also if you book here you can select the perfect transfer for you. You can filter for an English or Chinese speaking driver, pet-friendly options, and for families there are child seats and booster seat options.

On the other hand, if you’ve only got one travel buddy and not five, a shared taxi is a good option. You can book one here for ¥7,219 per person. It stops at quite a few hotels in the Shinjuku area. However, you may have to wait for up to 90 minutes for all passengers to assemble.

You can also take a regular taxi from Narita Airport to Shinjuku, but this can be very expensive, so we don’t generally recommend it. The Narita airport taxis are parked outside the arrival terminals. While taxis generally run by the meter, there are fixed fares from the airport to points around the city. A fixed fare trip to Shinjuku costs around ¥27,500. Confirm the price with the driver beforehand (to ensure you are getting the fixed price rather than gambling with the meter). It’s also best to take English fluency as a bonus, rather than expect it from the driver.

Transport from Shinjuku Station to your accommodation

Now, unless you’re springing for a taxi all the way from the airport, you’ll still need to get from Shinjuku Station to your accommodation. Walking is the obvious Cheapo method. Alternatively, you can take a bus or a taxi.

However keep in mind that it’s no longer possible to hail a taxi from the streets in front of Shinjuku Station. Instead, you need to queue up at one of the station’s three taxi pools. If you are coming on a JR train (either the N’EX or the Yamanote line), the easiest to find is on the 3rd floor of the Shinjuku Expressway Bus Terminal. The bus terminal is connected to the New South exit of JR Shinjuku Station, and there are elevators.

There are also taxi pools outside the East exit or the West Underground exit of Shinjuku Station.

On the same floor of the bus terminal as the taxi pool, you can also catch the Shinjuku WE Bus, which costs ¥100 per ride. The red line, which travels every 15–20 minutes (every 24 minutes on weekends and holidays), stops at hotels in Kabukichō and Nishi-Shinjuku.

Heading elsewhere or looking for more details on this route, including other airport bus transfer options? Have a look at our mega guide on the cheapest ways of getting from Narita Airport to Tokyo.

Heading from Shinjuku to Narita Airport? Simply flip the routes — your options are virtually identical.

While we do our utmost to ensure it’s correct, information is subject to change. Post first published in December 2016. Last updated November 2022 by Maria Danuco.