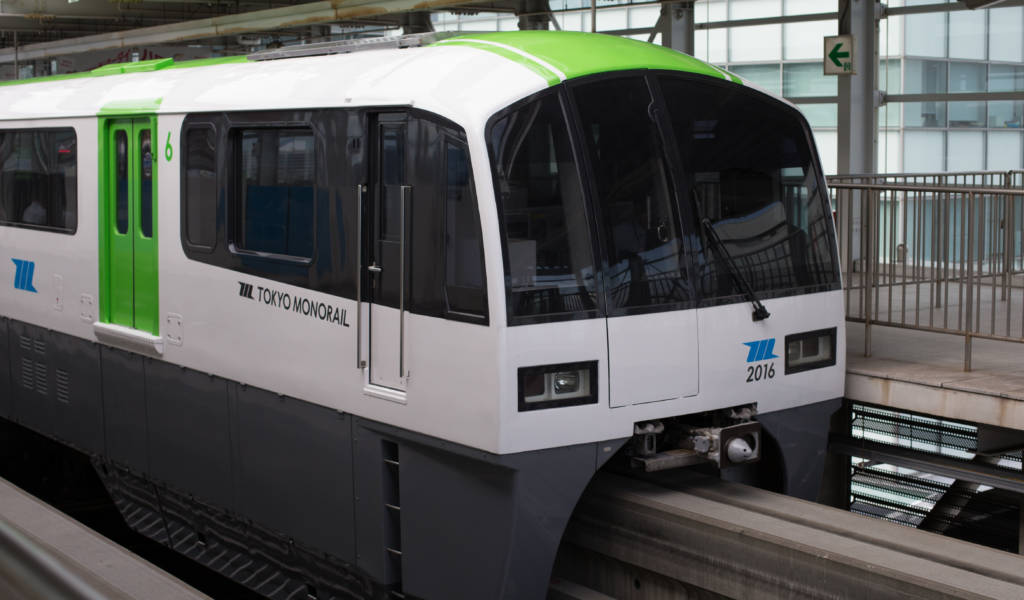 If you’re worried about the cost of getting from Haneda Airport to Tokyo (or Yokohama) then you can relax—it’s not expensive or time-consuming at all. The main thing to be sure of is that you haven’t mixed up your arrival airport (HND, or Tokyo International Airport) with the much more distant Narita Airport (NRT). International flights land at both Tokyo aiports, but Haneda is the more convenient airpot to fly into.

The long and short is that it’s a quick and affordable train, monorail or bus trip from Haneda Airport to central Tokyo, including Tokyo Station, as well as Shinjuku and Shibuya. Read on for more details about each type of transport.

How far is Haneda Airport from Tokyo?

Unlike Narita, Haneda Airport is actually in Tokyo and it’s only about 20kms from Haneda to the center of Tokyo. If the roads are clear (and they often are fairly clear outside rush hour), a Taxi can usually get you downtown (Shibuya, Roppongi, Shinjuku, Akasaka etc) in 30 minutes or less. And good news if you’re on a budget, public transport is almost as fast as a taxi.

As of March 1, 2022, people arriving in Japan are allowed to take public transport, including trains, buses and regular taxis, from Haneda Airport to their accommodation. You must comply with all COVID regulations for arriving in Japan and if you are required to do any self isolation, the use of public transport is only permitted within 24 hours of the arrival at the airport.

Let’s get the priciest option out of the way first. If you’re tempted to take one of the taxis outside the Haneda Airport terminal, be aware that it will cost you rather a lot of yen (generally between ¥8,500–¥10,000 to downtown Tokyo), and may be limited to 2-3 passengers. If you’re traveling in a group of 3-4 or more, a cheaper alternative might be to book a Haneda shuttle transfer, which should run you about ¥2,500–¥3,000 per person and includes a meet & greet service.

If you’re traveling as a pair or small family, one of the regular taxis at the airport (or an Uber) might actually prove more economical—you can ask for an estimate before you get in, and may be able to get a flat fare. But read on for all your transfer options. Personally, we like the Haneda trains best—they’re the quickest, easiest and cheapest option for many travelers.

Where to flag a taxi at Haneda Airport

The taxi rank at the airport is easy to find. From the arrival hall, follow the taxi signs down to the ground floor (Level 1) and the Taxi rank is on the road just outside the terminal building. You can always ask at the information desk in the arrivals hall if you need any help.

Built for the 1964 Olympics, it’s perhaps not quite as cool and futuristic as it sounds. It’s still a freakin’ monorail though! A fun way of getting from Haneda Airport to Tokyo, the monorail stops at all three airport terminals and for only ¥500 whisks you to the happening hub of Hamamatsucho (about 15 minutes away). Actually, Hamamatsucho has to be one of the dullest stations on the Yamanote Line—but it is on the central JR Yamanote Line, which means you can squeeze yourself onto a commuter train heading to more exciting places such as … well, any other station (e.g. Shinjuku, Shibuya, Shinagawa or Tokyo Station).

Suica/Pasmo IC cards can be used on all train lines, including the Tokyo Monorail, if you don’t want to buy paper tickets (plus, the cards give you a small discount).

Note: If you’re flying out and heading in the opposite direction, i.e. from Tokyo to Haneda Airport, make sure that you disembark at the right terminal. The Tokyo Monorail will stop at Haneda International Terminal 3 first, followed by Terminal 1 (Japan Airlines, Skymark and some other domestic airlines) and then Terminal 2 (ANA & Air Do domestic flights).

Traveling with lots of luggage? You can arrange to have it ported from the airport to your accommodation (and vice versa), making the Haneda transfer easier.

The Keikyu Line trains from Haneda Airport head in two different directions, so you’ll need to double-check that you’re getting on the right one. Most go northeast to Shinagawa (20 minutes away), but some head southwest to Yokohama (25-30 minutes away). Taking the Keikyu Line from Haneda Airport to Shinagawa Station (which is on the JR Yamanote Line, offering easy access to Shinjuku, Shibuya and Tokyo Station) works out cheaper than the monorail at ¥300 (it’s ¥340 to Yokohama). That’ll get you a rice ball, plus change.

After exiting from customs and getting your bags, you’ll be on the 2F lobby at Haneda and should have no problem spotting the Keikyu train ticket counter/machines and gates. Keep an eye out for discount ticket packages.

Getting From Haneda to Asakusa

One big advantage Keikyu has over the monorail is their Haneda Airport Express, which continues into the Asakusa Subway Line after arriving in Shinagawa. So if your final destination is Asakusa, you can get to the doorstep of your hostel in about 40-50 minutes, for roughly ¥520. The express train runs about every 15 minutes during peak times and slightly less frequently at off-peak times.

Getting From Haneda Airport to Tokyo Narita Airport

The Keikyu line is also handy if you have to make the journey from Haneda to Narita airport. If you’re not in a huge rush there’s a direct train all the way To Narita that departs once or twice each hour. It takes about 1 hour 44 mins and it costs ¥1,730. Incidentally, it’s not a good idea to be in a rush if you need to transfer between airports—they are a long way apart, and a taxi (approximately ¥20,000) is unlikely to be faster than the train.

How far is it from Tokyo Haneda Airport to Tokyo Narita Airport?

Depending on which route you take it’s about a 80 – 100km journey between Tokyo Haneda and Tokyo Narita airports, and as the crow flies it’s about 60km.

Buses: Taking a limousine bus from Haneda Airport to Tokyo

Note: Although Haneda Airport Limousine buses are currently operating, the number of buses may be reduced, and the timetable may change, depending on the COVID-19 situation.

Like the Airport Limousine Bus from Narita, this is not as flashy as it sounds—it’s really just a coach bus that goes directly to major hotels and train stations in a large number of areas in Tokyo and surrounds, and has somewhere to put your luggage. If you’re staying at a more minor hotel or a hostel, you’ll need to look up the location of the nearest major hotel or train station, and the route between them.

The limo bus from Haneda Airport is an excellent transport option if you’re traveling with kids and/or a lot of luggage. Fares range from about ¥720 to ¥1,250 per person. For example:

Kids are roughly half price on all routes.

Pro tip: You can save time and stress by booking your Haneda Airport bus tickets online in advance. If tickets aren’t available online, you can always buy them at Haneda Airport itself—just head over to one of the bus ticket counters.

If you’re landing well after pumpkin hour, then the night Airport Limousine bus or an airport taxi are your only options for getting from Haneda to Tokyo. Generally, you can double the fares above for the (few) buses that run between midnight and 5 am. You can expect the taxis to cost about double, too. See our late-night HND to Tokyo transfer guide for more information.

If you are wanting to use your JR Pass from Haneda, you can activate it at the airport and use it to take the Tokyo Monorail. Although it’s not a JR line, the JR Pass is valid on it. But think very carefully before you activate your pass for a such a short trip! Unless you are setting off on countrywide travel on the Shinkansen that same or the next day, it’s probably a better idea to hold off on activating it, and just buy a regular, single-ride ticket for the short trip from Haneda to your accommodation. You’ll find ticket machines at the station entrance—and they have English guidance.

Video guide to getting from Haneda Airport to central Tokyo

While we do our best to ensure everything is correct, information is subject to change. This post is updated regularly. Last update: May 5, 2022.

Open with Maps
Written by: Greg Lane
Greg's Tokyo favorites are: Shinshu Osake Mura, Kiyosumi Teien Garden, The American Craft Beer Experience 2022
Filed under: Getting around | Transport
Tags:
Sharing
Questions or comments about this article?
Start a thread on our community forum
Ask our local experts about Tokyo