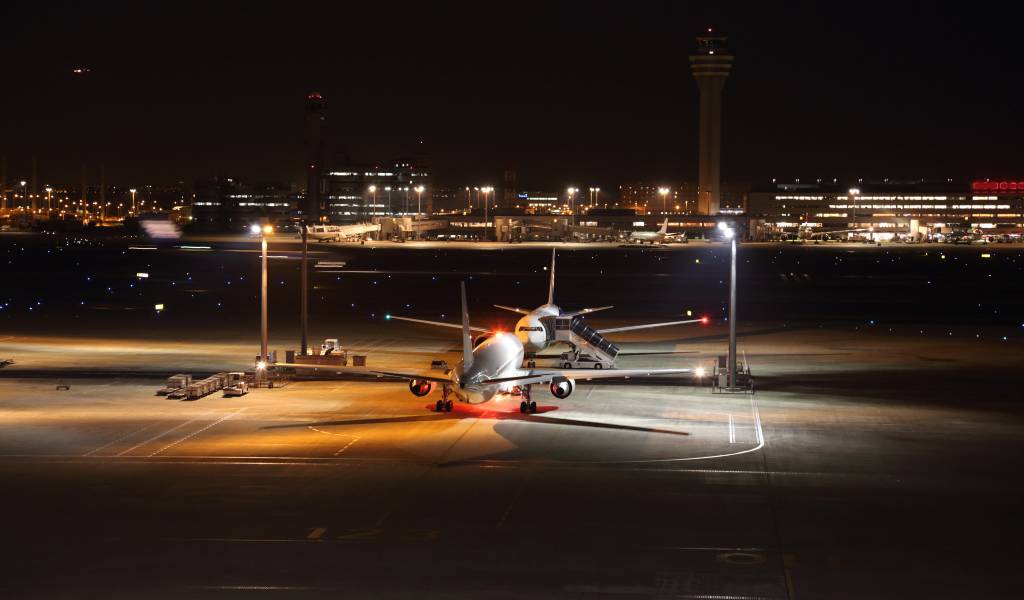 Touching down at Haneda Airport at some absurd hour? Stressing about how you’re going to get into the city once you clear customs? No need to worry — you have a few choices for Haneda to Tokyo late-night transfers. Here’s what they are.

Haneda is served by two train lines — the Tokyo Monorail and the Keikyū Line. However, if you arrive late at night, neither will be of much use to you. Despite its reputation as a futuristic, always-on city, Tokyo shuts its railways down between roughly midnight and 5am every day (except New Year’s Eve). The last monorail leaves Haneda Airport Terminal 3 (where most international flights touch down) at 11:48pm, getting you to Hamamatsuchō Station 19 minutes later. Unless you’re staying in the area, that won’t be much use to you; most people transfer to the JR Line there (but that also stops running around that time — so be careful).

The final Keikyū train for the day heads out of Haneda Airport Terminal 3 Station at 12:01am and gets you to Shinagawa, arriving about 20 minutes later. Again, unless you’re staying in the area, you might have to use a taxi to get the rest of the way to your accommodation. If you’re flying in late, relying on a bus or taxi is a safer bet.

Unlike Narita Airport, Haneda has a few late-night bus options for passengers. The last regular Airport Limousine Bus (which is actually nowhere near as fancy as it sounds) leaves from the terminal around 11:30pm (depending on the destination). This will get you to central Tokyo in about 35-90 minutes and cost around ¥1,300. You can find more information on specific bus routes here.

There is also a special midnight and early morning service that runs between 1am and 2:20am, depending on your destiation. There fares for tickets cost ¥2,000 to ¥2,200. The timetable can be found here. NOTE: This service is currently suspended due to COVID-19.

Outside the airport you’ll find a long line of black, green and yellow taxi cabs waiting to ferry you to your accommodation — and snaffle lots of your yens. Japanese taxis are generally very trustworthy and professional, but their rates tend to be rather high, except for short trips. The base rates are also increased by 20% from 10pm to 5am, so the usual flagfall of ¥730 becomes ¥876. This also applies to the per kilometer charge, so an already pricey ride gets even pricier at night. A cheaper option is to take advantage of a shared shuttle service or private taxi — fares start from as low as ¥6,012 and the vehicles run to central Tokyo. There are no extra charges for late-night or dawn transfers, and the driver will meet you with one of those name-boards that make people look important.

If you’re rolling in at pumpkin hour and aren’t keen on schlepping to your accommodation in the dark, you could always book into one of the nearby hotels. In fact, you don’t even need to leave the airport — you can catch some shuteye at First Cabin Haneda (a slightly roomier version of a capsule hotel) in Terminal 1, and make your way into the city in the morning. For ideas of what to do in and around Haneda Airport, check out this layover guide (it has some useful information even if you aren’t transiting).

Getting in well before midnight or wanting more information on airport transfers? Check out our general guide to the cheapest transport options from Haneda to Tokyo.

*Note: The times listed above are, to the best of our knowledge, correct, and were last updated in September 2022 by Maria Danuco. However, because things change (sometimes faster than we realize) — you’re advised to double-check before making travel arrangements. Also remember to check your arrival terminal!