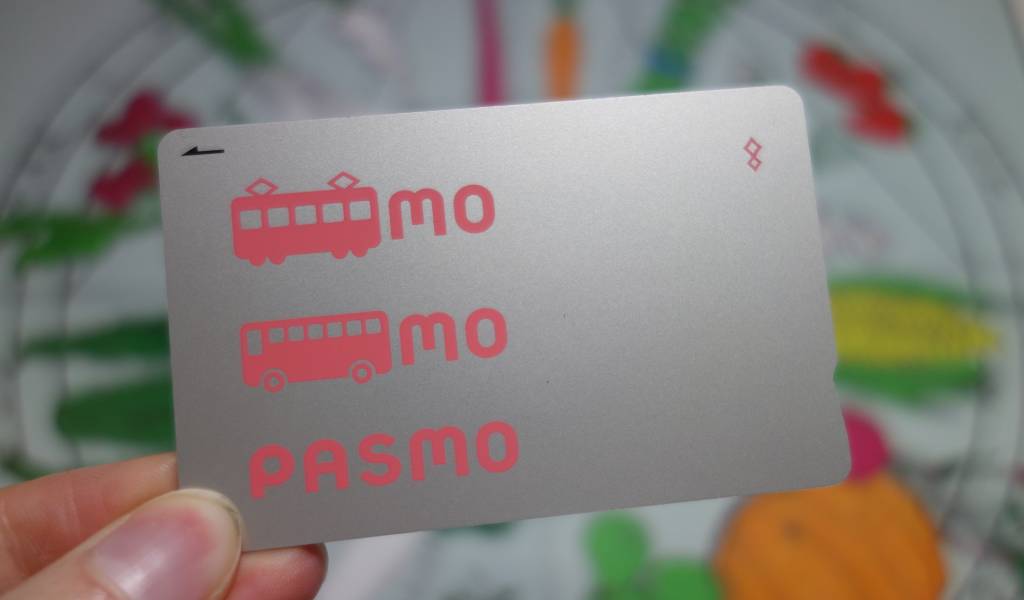 Pasmo Cards in Tokyo: The Lowdown

Pasmo cards, like Suica cards, are the answer to the prayers of anyone who has ever frantically patted themselves down for small change upon approaching a train-station ticket turnstile, or confidently produced a paper ticket only to find it’s a shop receipt.

What is a Pasmo card?

Pasmo cards are IC cards rigged up for prepaid use in the Tokyo metropolitan area’s subways, trains, buslines and streetcars. They are easy to get hold of and use, and their coverage is great: they work on both JR (Japan Railways) and private train lines in and around Tokyo.

Just visiting Japan, and looking to keep things simple? The Pasmo Passport is for you. Literally—it’s a Pasmo card that can only be used by visitors to the country, not residents or citizens. Like a normal Pasmo card, the Pasmo Passport offers users access to the Kanto area’s subways, trains and so on but unlike a normal Pasmo, it also gives users special access to discounts for some attractions, restaurants, shops and accomodation options.

For the most part, the Pasmo Passport card works just like a normal Pasmo. You can top it up using the method we describe above, and it works exactly the same way. But there are a few special things that set it apart.

How do I get a Pasmo Passport card?

You’ll need to show your passport in order to be eligible for a Pasmo Passport, and purchases can be made only with cash. The Pasmo Passport costs ¥2,000 for adults, and a special children’s version is available for youngsters under the age of 12. You will need to keep the Reference Paper with you whenever you use the card to show participating shops, restaurants, and so on that your card is valid.

The Pasmo Passport is only valid for 28 days, and, unlike the ordinary Pasmo, it can’t be handed in for a refund. Happily, the ultra-Japanese design (featuring Hello Kitty and other Sanrio characters) means that it makes a sweet souvenir.

Where can I get a Pasmo Passport card?

The Pasmo Passport can be purchased at selected stations, including Tokyo, Ginza, Ueno, and Shibuya, as well as at the Keisei Skyliner kiosks at Narita Terminals 1 and 2, and the Haneda Airport International Terminal’s Keikyu Tourist Information Center. You can see a full list of purchase locations for the Pasmo Passport, and their opening times, here.

How to use a Pasmo card

You can use your shiny new Pasmo card anywhere in Tokyo, and anywhere where Suica cards are accepted. They also give you access to transport networks in popular destinations outside the Tokyo metro area, such as Osaka, Kyoto and Fukuoka.

Can I use a Pasmo card on the Shinkansen?

Unfortunately, Pasmo cards aren’t easy to use on the Shinkansen, so if you’re a visitor to Japan and planning on going hither and thither between cities, consider opting for the ultimate in traveler convenience, a JR Pass, instead.

Where can I buy a Pasmo card?

You can buy a Pasmo card at almost every private railway station, subway station or bus depot in Tokyo. You can buy one online, or as soon as your feet hit Japanese soil at Narita Airport or Haneda Airport, thereby equipping yourself with the means to merge seamlessly into the Tokyo public transit network. Most short-term visitors to Japan can get by with a blank Pasmo card, but if you’ll be staying for longer or if it’s unlikely anyone but you will ever need to use your card, consider opting for a named Pasmo card.

How to load a Pasmo card

The machines are available in and outside of ticket gates with, for those of us who slacked off in kanji class, instructions available in English. Pasmo cards can also be charged at some shops and (up to ¥1,000) on some buses. Cards can be topped up in increments of ¥1,000, and the maximum charge amount is ¥20,000.

It’s straightforward: insert your card, select the “charge” option and your amount, insert your money, and roll out of there with your recharged card like the smooth urban operator you are. Unless you try to use your credit card, that is: Pasmo cards can only be reloaded with yen, in cash. You can register for auto-charging with Pasmo; if you do, it will auto-charge as you pass through a gate when it runs out of cash. That’s not recommended for short-term visitors, though.

Children’s Pasmo cards are available, and their fares are half those of adults. Child Pasmo cards are a little more difficult to get than adult ones, because proof of age is required. You can pick up a child Pasmo at a Keisei information center, which you can find at major Keisei Line stations, and Narita Airport. Bring your child’s passport or another document confirming their date of birth.

Pro tip: In Japan, children under six can generally travel on the trains for free, as long as there are only two of them—the third child under six will be charged a child’s fare. When passing through ticket gates, simply scan your own pass and walk through together. While the odds of being asked are low, it is worth carrying a proof of age document—like a passport—to avoid any awkward conversations with the train and metro staff.

How do I return my card?

If, for whatever reason, you don’t want to take your Pasmo card home as a signifier of your globetrotter status, you can return your Pasmo card at a service desk or at the machines themselves. There’s no charge, and you’ll get your ¥500 deposit back. Kaching!

To see how Pasmo stacks up against the Suica card, see our handy comparison guide. You can also find more information on the official Pasmo site.

Can I get a virtual Pasmo card?

Apple users can set up their iPhones for virtual Pasmo cards. The process is similar to setting up a Suica card but not to worry there’s also a dedicated guide on their website.

This post was written in November, 2018 and last updated in June 2022. Information was correct at the time; however, it is subject to change without notice. The article was a joint effort with Lily Crossley-Baxter.

Written by: Kylie Van Zyl
Filed under: Getting around | Transport
Tags:
Sharing
Questions or comments about this article?
Start a thread on our community forum
Ask our local experts about Tokyo