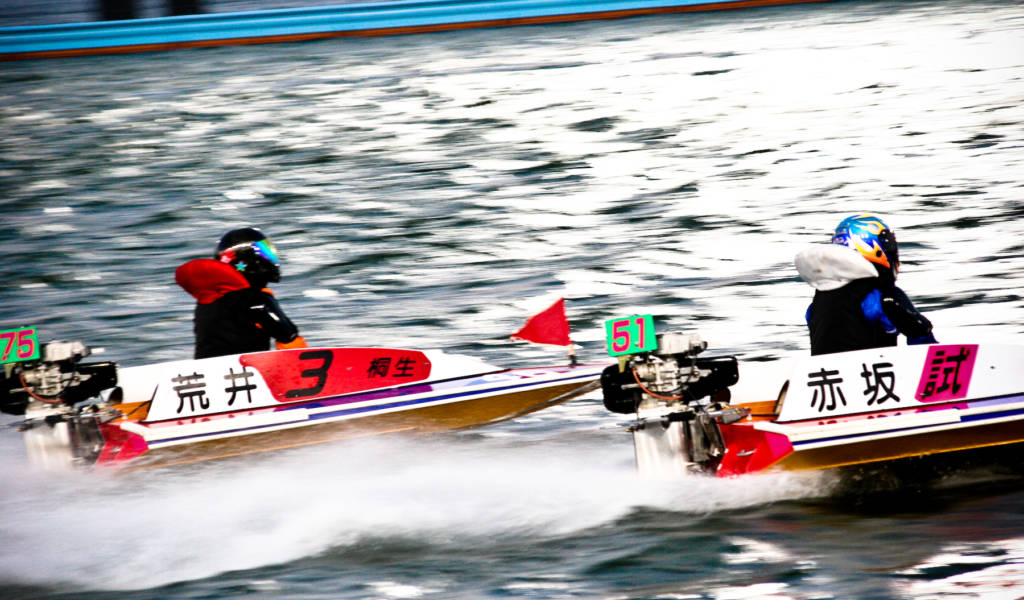 Pic: 246-You used under CC
Sponsored

Discover Hamamatsu (Before Everyone Else Does)

On the south coast of Shizuoka Prefecture, Hamamatsu isn’t necessarily an obvious choice for tourists. But if you’re up for getting in touch with the kind of rural heritage Japan was founded on, Hamamatsu might be just the place.

What to do in Hamamatsu

The area around Hamamatsu sees mostly domestic tourism, with residents of Japan coming to enjoy the wide range of nearby cultural and natural attractions. If you’re willing to step outside of your comfort zone, there are some uniquely Japanese experiences that you’d have a hard time finding elsewhere in the country.

What’s more, you’re unlikely to find people pouring off a tour bus to wander into your photos or interrupt your moments of introspection, as it can still honestly be referred to as “off the beaten track”.

Place your bets at a Kyotei (boat racing) event

Lake Hamana (Hamanako) happens to be one of the few places in the world you can attend this kind of event, in which people bet on the outcome of high-speed boat races.

The rules are strictly designed to promote fairness—lighter racers, for instance, carry weights on their boats to balance out any potential advantage (especially as women and men compete together). The boats and motors are theoretically identical and are assigned to racers by lottery at the start of each day or week. Regular punters even track which motors win more often to push for a slight betting advantage.

Given how level the playing field is, I’ve heard the event explained as a psychological battle, in which the outcome is largely dependent on how well the racers position themselves before the race even starts.

We recommend paying for access to the “Royal Room”—a premium lounge, in which you get your own personal desk with a TV screen and a top-down view of the action. This all-in-one package is an easy way to experience the best of the boat race action.

Suffice to say the races don’t currently attract a huge number of foreign tourists, so if you’re planning on a visit without someone to show you the ropes, you’d be wise to do a little research in advance. That’s especially true of the betting process, which looks a lot more complicated than it is. Fortunately, the website has a surprisingly insightful English-language guide covering just about everything you need to know (be sure to check the calendar for dates too). Good luck!

Getting there is simple, just a 15-minute trip on the Tokaido Line from Hamamatsu Station to Araimachi Station. From there, the main gate is a 5-10 minute walk.

This brewery in Miyaguchi is famous for its award-winning premium sake—all made by hand the old-fashioned way. There is a guided tour that takes you behind the scenes, explaining the process from start to finish. It kicks off with a 15-minute video—for which English and Chinese subtitles are apparently soon to be released (as of the time of publication).

The sounds and smells are every bit as memorable as the sake you’ll get to try when you’re finished looking around, and if you’re with a small group, you might be allowed to try your hand at stirring the still-fermenting sake.

I was lucky enough to meet the owner while on the tour, who rather humbly asserts that the high quality of the sake here is all down to using only highly-prized local “Yamada Nishiki” rice and a fresh water source filtered through the nearby Japanese Alps.

The tour ends with a tasting session during which you can also create your own label (pro tip: come up with something to write in advance if you don’t fare well under pressure). The staff are as knowledgeable as they are enthusiastic, so if you have a Japanese speaker (or a charades pro) in your group, probe them on when and how best to enjoy the many varieties on offer.

It’s also worth noting that every year on the last Sunday of October, sake enthusiasts flock to the site for an event celebrating the release of the year’s fresh sake, which is apparently distributed free of charge in vast quantities. Last year as many as 8,000 people came to the tiny village for a taste. If you’re in the area, don’t miss out on what I can only assume is either the pinnacle of sophistication or absolute carnage.

If you’re interested in exploring Japan’s rich culture and history through your taste buds, you can’t go wrong with the Meijiya soy sauce brewery. They offer free tours of the facility, but you’ll need to let them know ahead of time.

Some trip providers offer dedicated translators—something to consider if your Japanese isn’t up to making a reservation, much less understanding a traditional brewery tour. Otherwise, there’s a pamphlet in English that might help you understand a little more of what you’re seeing. We recommend this tour, ourselves.

Meijiya has been operating from the same location for more than 100 years, and it shows. The factory is so packed with old equipment you’d be forgiven for thinking you’d wandered back through time, or onto a film set. Using only these traditional tools, the brewers rely on experience and their senses to know to make great soy sauce over a painstaking 1-3-year process.

It’s not just the equipment that’s stuck around either—it’s a family business, in which the current president is the sixth generation. Interestingly, while their usual soy sauce varieties are tastes plucked straight out of history, the current crew have their eyes set squarely on the future, with experimental new varieties in the works. Their most recent concoction, for instance, is made by using already-brewed soy sauce as ingredient instead of the usual saltwater, creating a deeper flavor profile.

If you’re interested to have a go yourself, you can even squeeze your own soy sauce on a handmade bean press. This part is all pretty intuitive, so you shouldn’t need any Japanese to join in. It takes a little effort, but you end up with a 250ml bottle to call your own.

After you’ve made your beautiful soy-baby, you’ll be served a tofu taster course to compare it with their own varieties—including the previously mentioned experimental sauce. Not to belittle the three years they spent fermenting the beans, but turns out I squeeze a mean soy sauce …

Getting from Tokyo to Hamamatsu

By far the easiest way to get to Hamamatsu is via the Tokaido-Sanyo Shinkansen (bullet train) from Tokyo Station. Your two train options, Hikari (faster) and Kodama (slower) cost the same—so it’s worth booking a seat ahead of time on the Hikari line. If you have a JR pass, it’s valid for both kinds of service.

A little digging around online will reveal some affordable options in and around Hamamatsu. If you’re willing to eschew the convenience of the city, there are guesthouses in a wide range of settings—from mountain and woodland retreats to the beach and lakeside spots. If you’re more interested in transport options or nightlife, you’re better off staying in the city centre. You’ll find a dense cluster of bars and restaurants to suit all tastes just north of Hamamatsu Station.