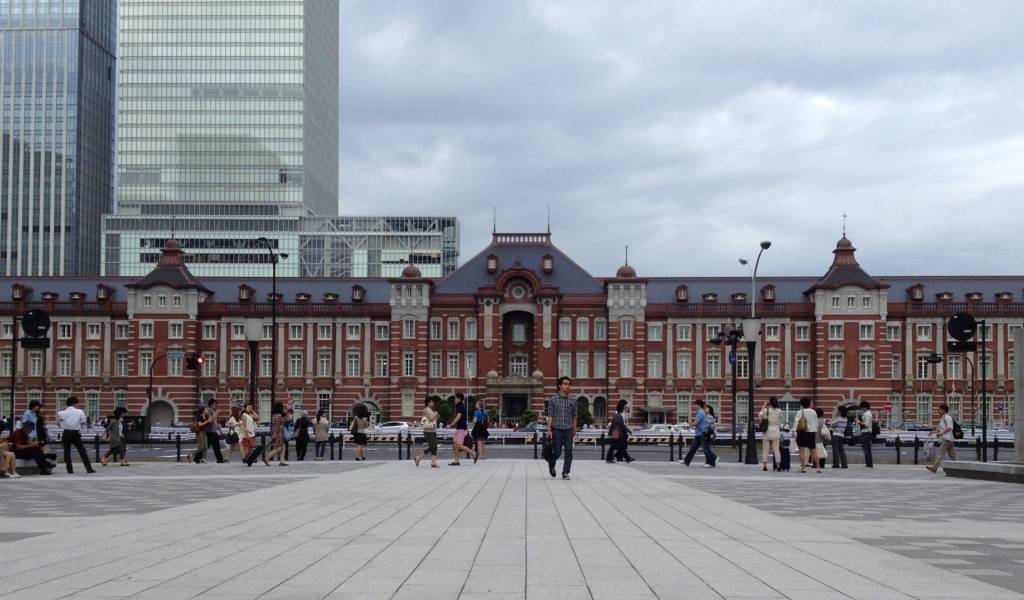 Tokyo Station is not the biggest or oldest station in Tokyo. However, it can lay claim to being one of the busiest. If you count by train departures and arrivals anyway, in terms of sheer passenger numbers Shinjuku Station wins hands down.

But back to Tokyo Station and its striking red brick facade. In 1894, planning for a central train station in Tokyo began, however construction didn’t actually start until 1908. This is because of delays caused by the First Sino-Japanese War and the Russo-Japanese War.The station was designed by Tatsuno Kingo, and was rumoured to have been styled after the Amsterdam Centraal Station, although Kingo denied this. Funnily enough though, Amsterdam Centraal Station and Tokyo Station now have a sister station relationship, so perhaps we can just call it a family resemblance and leave it at that.

The station opened in 1914 with just four platforms. It was the site of many historic events, including two assassinations of Japanese Prime Ministers. Bombings during World War 2 caused significant damage to the station structure, and while it was repaired quite quickly, the station didn’t return fully to its original look until the more recent rennovations that ended in 2012.

These days the station is a transport hub for multiple local train lines, Shinkansen lines and bus routes. There are several shopping malls in and around the station, along with plenty of dining options. Tourists will also love that it’s just a short walk from the Imperial Palace.