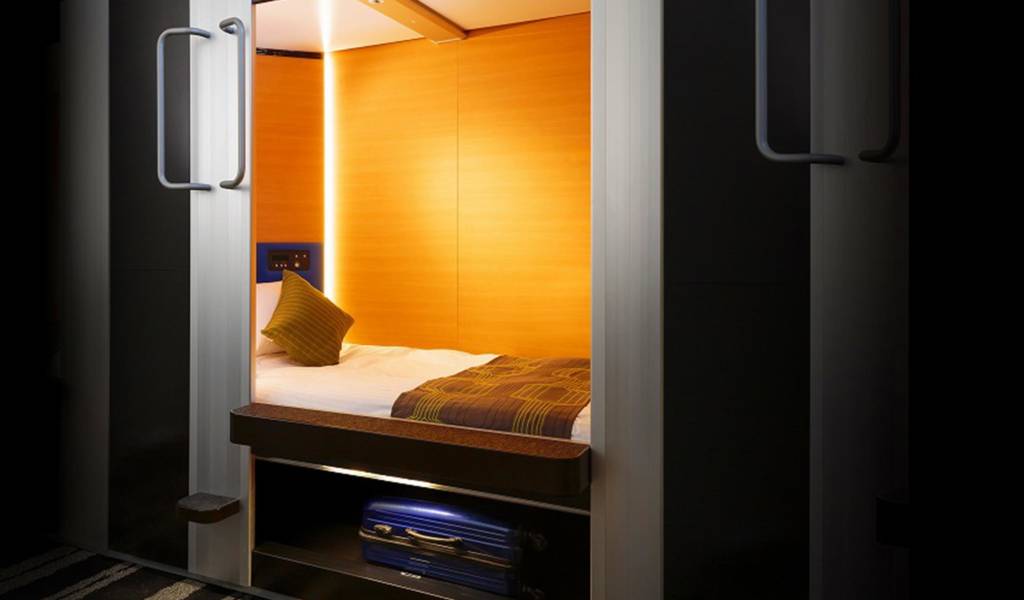 MyCUBE by MYSTAYS Asakusa Kuramae is a newly-built capsule hotel in eastern Tokyo. About 40 minutes from Haneda and an hour by rail from Narita Airport, it is roughly 30 minutes’ ride from the bustling stations of Shinjuku and Ikebukuro.

The hotel is handy for most of the central attractions, such as Tokyo Skytree, Sensoji Temple and Ueno Park. Situated in the arts-and-crafts hub of Kuramae, it’s close to Asakusa and just across the river from the sumo stables of Ryogoku, as well.

Each cube at myCUBE has high-speed wifi, and this capsule hotel offers guests all the usual amenities as well.