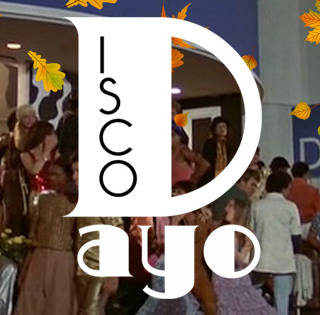 Discodayo: Don't Leaf Me This Way

DISCODAYO brings back the freedom, love and togetherness of the Paradise Garage, Studio 54 and The Gallery right here in Tokyo! Back in Gee-Ge, DJs will be bringing you all the best hist from 70s disco, 80s boogie, 90s pop and 2000s nu disco, funk, soul, and everything in-between. Entry is 1,500 yen with one drink and if you’re there between 11pm and midnight you can make th most of happy hour with drinks costing 300 yen (otherwise 500 yen).