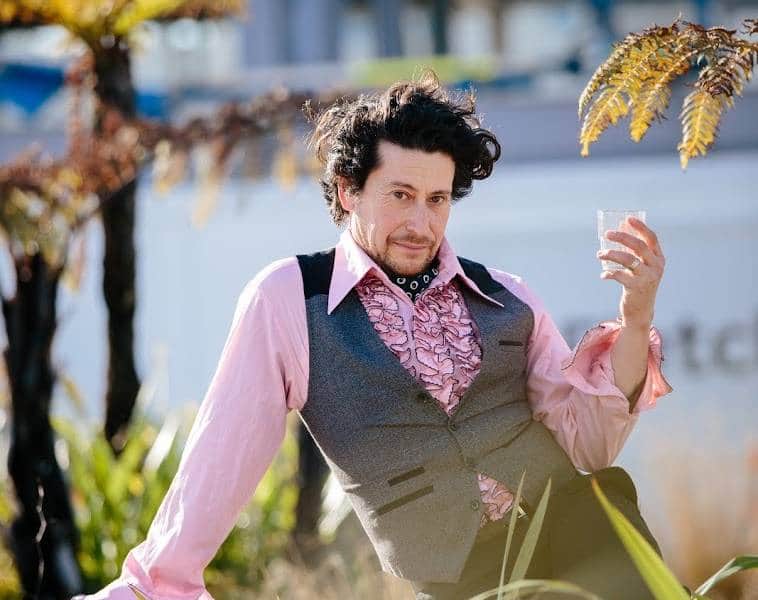 The last of a noble bacchanalian race of unicorns charged with preserving the storytelling tradition, The Unicorn, saunters into the room ready to weave a fiction teased from half-truths and unintentional emotional revelations. A story as unique as the storyteller, never to be repeated. And yours to indulge in.

Derek Flores, master improvisor and international comedy festival performer, will delight audiences with his saucy chatty character the Unicorn. Spinning stories to celebrate Valentine’s Day, the good, the bad, and the grotesque. It’s not all sweetness and light. Accompanied by Tokyo’s own, Chizue on the piano.

All welcome….singles, couples or ‘it’s complicated’. Love doesn’t care, and neither does The Unicorn.

Inspired by masters such as Groucho Marx and Bugs Bunny, Derek has pursued a life in comic theatre. From a young age he studied with the greats of improvised comedy which then saw him through life as an award-winning street performer, and cabaret act throughout festivals in Canada, Australia, Europe, and NZ. Eventually finding himself on at The Second City Toronto where he co-wrote and performed two mainstage shows and shared the stage with Colin Mochrie and Robin Williams.

Open with Maps
14th Feb, 2020
8:30pm
Good Heavens British Bar Tokyo
¥3,000 – ¥10,000
Shimokitazawa
Related Events
More Events
We do our best to make sure event info is correct. However, all event details are subject to change.