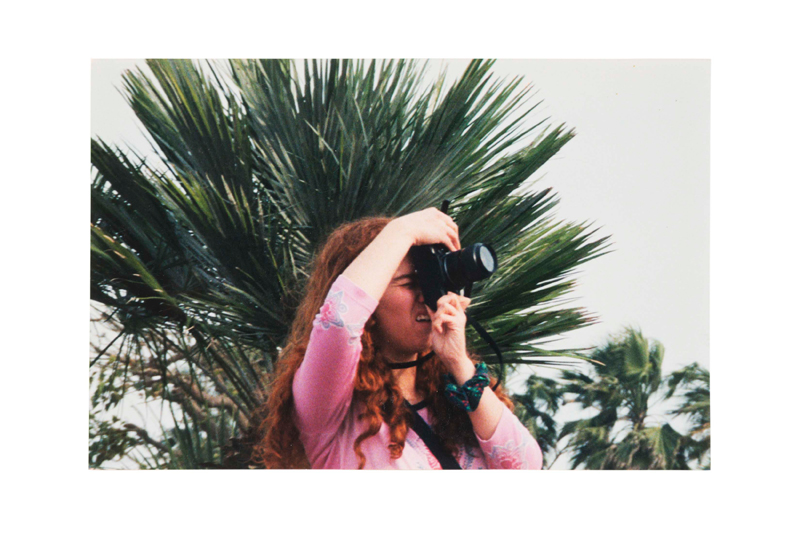 Each of the 80 photographs presented in this unique exhibition contains an anonymous female subject in the act of either taking a photograph or holding camera equipment. Sourced over many years by Anne Collier from flea markets and online auction sites the images in ‘Women With Cameras (Anonymous)’ date from the 1970s to the early 2000s.

Each of these found photographs depicts scenes from other people’s lives; anonymous individuals recorded in both private and public situations. Each of the original photographs has at some point been discarded by its original owner. This act of ‘abandonment’ – of photographic images and the personal histories that they represent – is central to ‘Women With Cameras (Anonymous)’, which is ultimately concerned with photography’s relationship with memory and loss. Presented as a slide show ‘Women With Cameras (Anonymous)’ animates photographic time (i.e. the still image) into something that approximates the durational time of cinema (i.e. the moving image.)

Rooted in research and the act of collecting, Collier’s practice negotiates the multiple histories of photography, considering the photographic image’s relationship with gender, autobiography, nostalgia, and what she has described as forms of ‘pop-melancholia’.

The Gallery is closed on Mondays