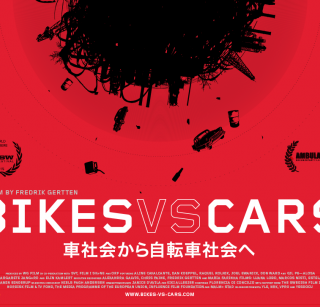 See the Japan premiere of Bikes vs Cars, a documentary on how bikes can be a powerful tool for change in world where “climate change and never-ending gridlocks frustrate people more than ever.” Screenings will take place at Uplink Factory in Shibuya on Jan 31, 2016—one at 16:00 and another at 18:45.

A post-screening Q & A will be conducted with the film’s director Fredrik Gertten, along with our friend Byron Kidd (from Tokyo by Bike) and journalist Yasuyuki Saito.

More about the film here.